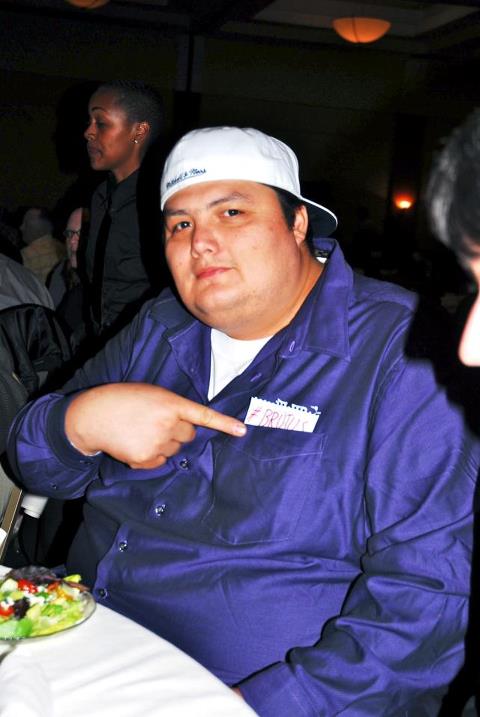 Former Oak Leaf Sports Editor Alex Campbell, 38, died Saturday morning after crashing his vehicle into a tree off of River Road near Guerneville.

Campbell was killed when his 2004 Dodge Durango drifted off the road near Korbel Winery around 4:09 a.m.

Dazed by the incident, Campbell’s brother Joseph Vescovi spoke about how much Alex meant to his family and friends.

“He was a strong-willed person who knew what he wanted and was trying to do the best he could at it,” Vescovi said. “He was attending SRJC after he had attended Haskell Indian Nation University (HINU) out in Lawrence, KS that his tribe sent him to. He helped pay for his daughter, Iyana Campbell, who is graduating from Montgomery High School this year.”

Campbell worked as a DJ in both Guerneville and San Francisco. He was a sports writer and editor for the Oak Leaf from Fall 2011 to Fall 2012. He moved from Santa Rosa to Lakeport last spring to live in a house his Native American tribe provided for him.

Current and former Oak Leaf staff members reacted with shock and sadness to the news. Campbell was well liked among staff members, who remember him as a kind, gentle and all-around nice guy.

“Alex isn’t just some name in the newspaper; he was a great guy who was working to help pay for his mother and his daughter,” said former Oak Leaf Editor-in-Chief, Isabel Baskerville. “Alex is one of the most incredible people I’ve ever met, and I know for a fact he touched everyone who knew him in the office, and in his life.”

“My heart won’t stop aching. It hurts to know that I didn’t realize how much you impacted my life until you were gone. I will never ever forget or let go of everything you taught me. I was scared and questioned my ability to write sports but you always had confidence in me and taught me so many little things!”

Oak Leaf Adviser Anne Belden said Campbell was one of her all-time favorite students who worked harder than most and improved more than most.

“He literally started at scratch in journalism and worked so hard to get command of the basics. He would come into my office and have me explain things like comma splices until he fully understood them. Then he’d edit and re-edit his stories until they were perfect.”

By the time he left the Oak Leaf, he was a veteran reporter and editor who instructed and inspired others, Belden said. “On a personal level, he was the nicest, most thoughtful guy in the world. Every day before class last year, he’d start my tea water boiling, knowing I’d be running in and out the door and wouldn’t have time to make it myself. I could always count on Alex.”