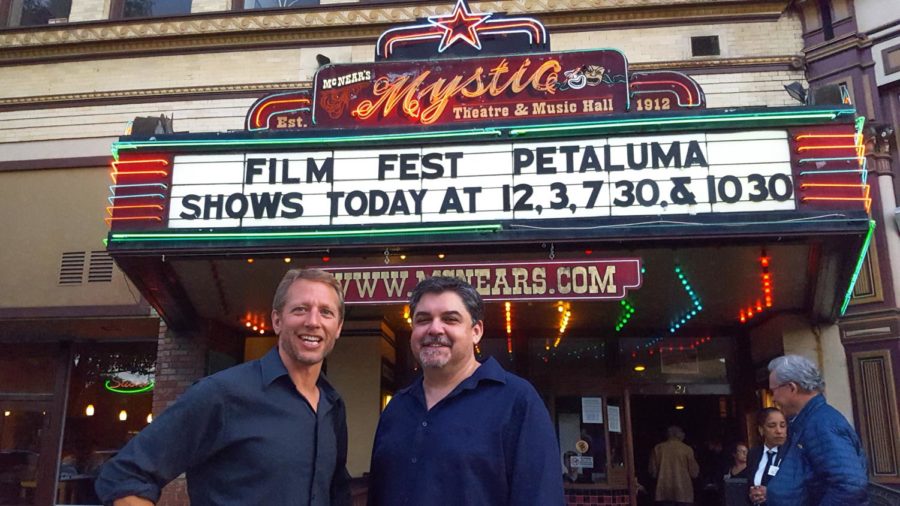 Student filmmakers, professionals and film enthusiasts alike will converge at the historic Mystic Theater next Saturday for the 10th annual Petaluma Film Festival, an all-day event featuring short films produced by everyone from high school students to award-winning directors.

The lineup of films spans all major genres, including animation, thrillers, dramas and comedies. Films were pulled from all over the world, as local as Santa Rosa Junior College and as far away as Belgium, France or the Democratic Republic of the Congo. Several of the  featured shorts have been nominated for prestigious awards like the Oscars.

This year’s festival marks a record number of attending filmmakers and promises enlightening discussion and networking opportunities for future professionals. Festival director and SRJC film and media studies instructor Mike Traina said that the festival will offer “a rare and unique opportunity for film students to hear directly from media makers on how they got their projects funded and distributed and how to use previous films as stepping stones for future works.”

Screenings will be held Saturday at noon, 3 p.m., 7:30 p.m. and 10:30 p.m., and each screening will feature a unique selection of short films. Afterwards, the filmmakers whose shorts were featured will gather on stage to answer questions and discuss the craft of short filmmaking. An all-day pass costs $35, and screening sessions cost $10 each—except the 7:30 p.m., “World Shorts Showcase”, which costs $15.

Admission to the festival also grants access to a virtual-reality showcase where users can don a pair of VR goggles and experience this rapidly growing technology. Exhibitions include an immersive live-action experience, an animated short film that requires user interaction and Tiltbrush, a 3-D sculpting program that allows you to create a structure in virtual reality and examine it from every angle. The VR experience room is located at the Petaluma Masonic Center, around the corner from the Mystic, and will be open 10:30 a.m. to 7:30 p.m. Saturday.