Latinx: Does “X” mark the spot for those of Latin descent? 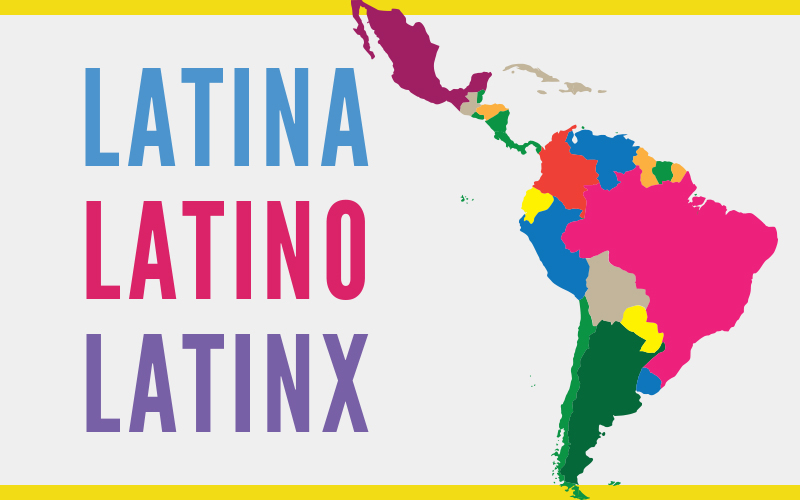 The language of cultural change speaks volumes for a generation of multiple ethnicities.

One of Ellen Valazquez’s maternal ancestors was raped by a Spaniard. The scars have been passed on for generations.

“I am Latina,” Velazquez said without hesitating. “But I don’t like ‘Hispanic;’ it’s in regards to being of Spanish descent. It’s a touchy subject in my family; we don’t like to accept that term.”

The universal search for identity has raised several issues for people of Latin-American descent. Designating a term for a complex, diverse culture that is comprehensive is a complicated task. The genderedness of Spanish, the patriarchal implications of the standard norms of the language, and the fight for inclusion of new gender identities have only added to the debate.

In Spanish, for example, the masculine form of words is default: a Latino is a term for a Latin-American male. When the community of people from Latin America came into contact with the English language in the United States, “Latino community” was adopted. Subsequently, it was used across the board. Latino was the designated term to prefix generalizations about the culture.

Some people were not happy with that.

“People want to take the patriarchal connotations of the Spanish language and contest it and change it,” said Dr. Amanda Morrison, coordinator of the Intercultural Center at Santa Rosa Junior College’s Petaluma Campus. “I am an anthropologist and Chicano Studies scholar,” Dr. Morrison said, when asked about her credentials. “See how I revert back to the masculine ‘Chicano’?” she said, laughing. “It’s taking some time to get used to it.”

As a result, “Latino/a” came along. It is a common form of inclusion in the Spanish language; it’s meant to be said as “Latino, Latina.” The term seemed to solve the patriarchal connotations. It became official when scholars started to use it.

Younger generations, however, found a problem with the term: it did not acknowledge identities that do not fall under binary gender categories.

Exponentially, the word “Latinx” started to pop up in social media news feeds and online publications in lieu of previous terms. Folks who do not identify themselves with either of the binary gender categories started to use it, and it became a tool that seemed to check all the boxes: it’s gender neutral, non-patriarchal and unrelated to past Spanish influence on Latin America.

Mainstream media have yet to adopt the term, though. “I finished grad school in 2010, and I was in a cutting-edge, Latin American grad school program and I didn’t hear it,” Dr. Morrison said. Although ubiquitous among millennial media, the term is not mainstream. “But if [the millennial] generation decides it’s the norm, they’re gonna be able to flex that,” she said.

Dr. Mai Nazif, SRJC world languages instructor, came across the term “Latinx” for the first time in the Fall of 2016. “I found out about it because it was nominated for the Oxford Dictionary’s Word of the Year Award,” she said.

“Latinx” made it to Oxford’s short list. The award is given to popular words during a given 12-month period that have the potential for lasting cultural relevancy. It’s popularity rose exponentially during that year.

The term was created by bilingual and bi-cultural circles of people of Latin-American descent in the U.S., so it was most likely influenced by English language patterns. The choice of substituting the feminine “a” and masculine “o”suffixes with an “x” is premeditated. The “x” represents the desire to be undefined.

Dr. Nazif believes it was not chosen randomly. “Like in algebra, the ‘x’ represents the unknown,” she said.

“Latinx” seems to cover it all. It has faced criticism, however.

For some people, “Latinx” does not roll off the tongue in Spanish because the “x” sound is not prevalent. There is not a single Spanish word that contains an “n” followed by an “x.” Spanish is a phonetic language; every symbol has a distinct sound belonging to it. Therefore, “Latinx” would be hard to popularize in countries where people predominantly speak Spanish.

An alternative to “Latinx” does exist: “Latine.” It adheres to norms of usage in the Spanish language. Although Dr. Nazif is new to the term, she says it’s a good option. “It follows patterns that exist in Spanish already. Like when we say ‘cliente,’” she said. “It is gender-neutral.”

To some, the existence of the term is unnecessary. “I think [Latinx] is f*****g stupid,” a SRJC student said.

It is impossible to determine which one of the new terms will eventually replace the mainstream “Latino.” “If [Latinx] will stick remains to be determined,” Dr. Morrison said.

One thing is certain: to stop using “Hispanic” is a safe bet.

“A lot of people don’t like the term ‘hispanic” because it connotes that you’re connected to European descent, and you’re not proud of your indigenous ancestors,” Dr. Morrison said.

For others, like Velazquez, it is a reminder of the belonging to an ascendance that was imposed through violence, which, in a broader sense, applies to the vast majority of people of Latin-American descent.