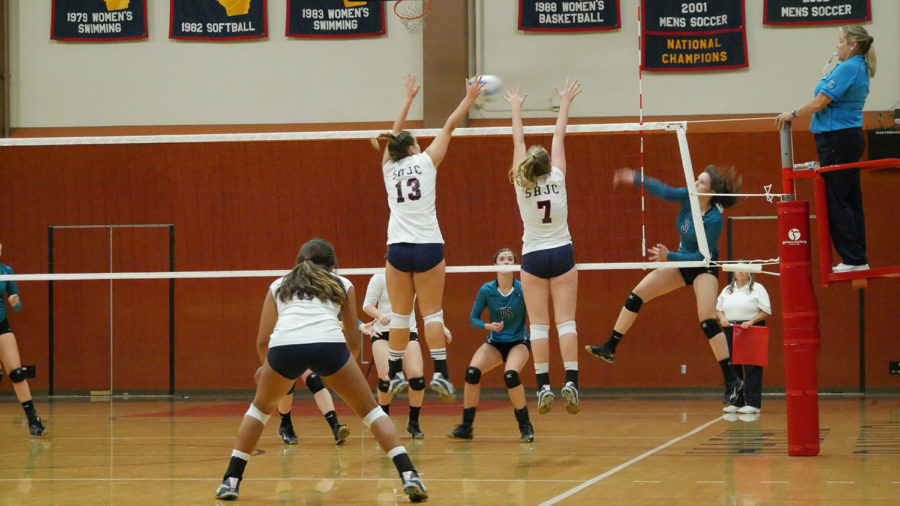 The Bear Cubs fell behind early and struggled to fight their way back.

“We definitely showed our youth as a team,” said Coach Kaitlin Ferguson. “We have a lack

of communication on the floor which we need to work on.”

“We have to improve our communication,” Vega said. “We don’t talk enough on the court

so better communication is something we really need to work on.”

This year’s volleyball team is made up mostly of freshmen. With only one returning

sophomore, the inexperience is felt throughout the team.

but I think we have a great season ahead of us. Everyone is starting to work together and I

feel we have a chance to make the playoffs if we keep working hard.”

carried them to a 3-0 victory.

“We were really slow to start off,” said Katie Williams. “We didn’t really try to energize

ourselves until halfway through the first set and by that time it was to late. Overall as the

game progressed we started to get better but we are capable of doing way better.”

Though the Bear Cubs are having a bad start to their season, Ferguson is staying optimistic

“Tomorrow at practice, there will be plenty of communication drills along with team work

building,” said Ferguson. “We need to get back on track with our communication as a

“We have plenty of season left and they already have improved so much,” Ferguson said.

keep playing and I’m really proud of them for that.”

The women’s volleyball teams next game is at 6:30 p.m. Sept.28 at American River.