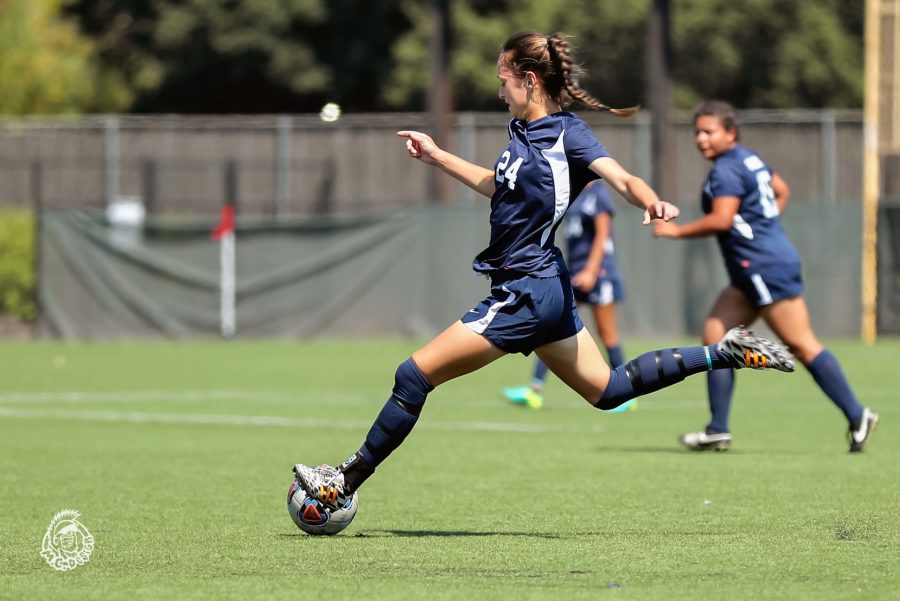 The Santa Rosa Junior College women’s soccer team are heading into the regular season in fine form after dismantling the Napa Valley College Storm 10-0 on Friday.

“It’s a great way to end our non-conference season,” Howard said, “A lot of people contributed to the scoreline.”

Midway through the first half, forward Annika Cerini found defender Amanda Galbraith streaking through the middle with a seeing-eye pass, and Galbraith took a shot straight over the goalie and into the net to make the match 4-0.

Megan Stavish would add one more goal right before the end of the half after a heads-up play on a loose ball by Cassidy Munson.

Bear Cubs captain Nikki Elliott got the scoring back up and running early in the second half, thanks to a header on a perfectly placed corner kick by Munson.

Kaleigh Alves scored a hat trick back-to-back in the second half, starting with a tap-in after a mad scramble in the box.

A fantastic passing setup by SRJC’s offense lead to a no mistake shot for Alves’ second goal in front of the net to make it 8-0 Bear Cubs.

The hat trick goal came from a lost rebound by the Napa goalie and an open net for Alves. Munson earned her third assist on the 9-0 goal.

Bear Cub captains Elliott and Amanda Neidlinger both felt the game was full of positives to take into the season.

“We passed the ball really well, we’ve been practicing a lot of the things that we touched on today,” said Elliott.

“I felt like we did a great job keeping our intensity and working on our defensive shape.” said Neidlinger.

The Bear Cubs will open their conference season at 3:30 Sept. 13 at Diablo Valley.