Addressing their needs: Niners look to improve with 2016 draft picks 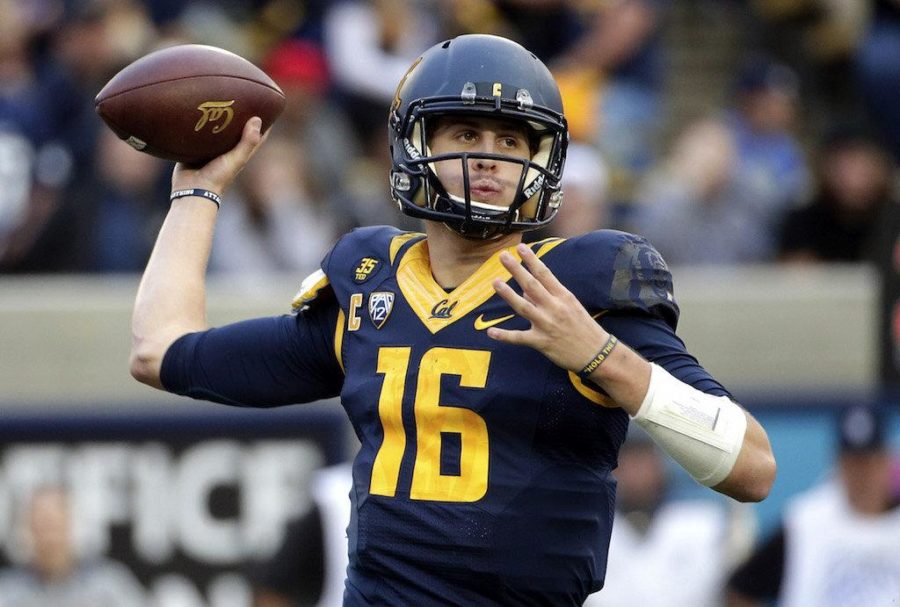 The University of California, Berkeley quarterback, Jared Goff, prepares to be drafted in the top 10 picks. The San Francisco 49ers hope to land Goff with their seventh overall selection in the 2016 NFL draft this April.

After suffering a miserable offseason, losing numerous star players to retirement, free agency and off field issues the San Francisco 49ers finished the 2015 season with a disappointing 5-11 record. The Niner’s dark times this past season may be amended with a strong 2016 draft class.

The team is in full rebuild mode. With the No.7 overall pick, the Niners must draft a future superstar to please the 49er faithful. The teams biggest needs include quarterback, offensive line, wide receiver, defensive line and linebacker.

The biggest question for the 49ers is whether or not they will keep quarterback Colin Kaepernick. Kaepernick’s roster spot will heavily influence whom the Niners take with the seventh pick. He has regressed since leading the Niners to the Superbowl in 2012, and was ultimately benched for Blaine Gabbert this past season after poor performances against the Arizona Cardinals and St. Louis Rams. Kaepernick only threw six touchdowns and five interceptions in eight starts last season.

If the Niners indeed part ways with Kaepernick, the team may look to draft quarterback. Jared Goff from the University of California Berkeley. In college Goff proved to be a very accurate quarterback with a strong arm and is seen as the top quarterback in this year’s draft class.

The Niners’ offensive line gave up the second most sacks in the NFL last season. They could greatly improve this area by drafting Laremy Tunsil, an offensive tackle from the University of Mississippi. It’s doubtful he will still be available by the seventh pick, but if he remains on the table the Niners would likely take him in. Tunsil dominated his opposition in college, rarely giving up a sack, and was a three-year starter while playing for the University of Mississippi.

DeForest Buckner, a defensive linemen from the University of Oregon, is an alluring prospect. Buckner measures in at 6-foot-7 inches and weighs 290 pounds. His huge frame and relentless motor is something the Niners could use on the defensive line whether it’s rushing the passer or stuffing the opposing running game.

Another name to look out for is UCLA outside linebacker Myles Jack. He possesses speed and power, something the 49ers gravely missed last season with the retirement of 49er legend Patrick Willis and the loss of all-pro Aldon Smith. Jack also played running back and safety for UCLA. He is a versatile weapon on the defensive side of the ball. The team may look to re-create the legendary linebacker duo of NaVorro Bowman and Willis.

Last season, Niners’ wide receivers struggled to get separation and get open. Laquon Treadwell, wide receiver from the University of Mississippi, is a star prospect at the wide-out position. He has the size, route running ability and quickness to become a great wide receiver at the next level. He would instantly impact the Niners’ offense by giving the team a No.1 threat opposite of speedster Torrey Smith.

The San Francisco 49ers are facing the important task of rebuilding the team and this upcoming draft is critical for their future success.