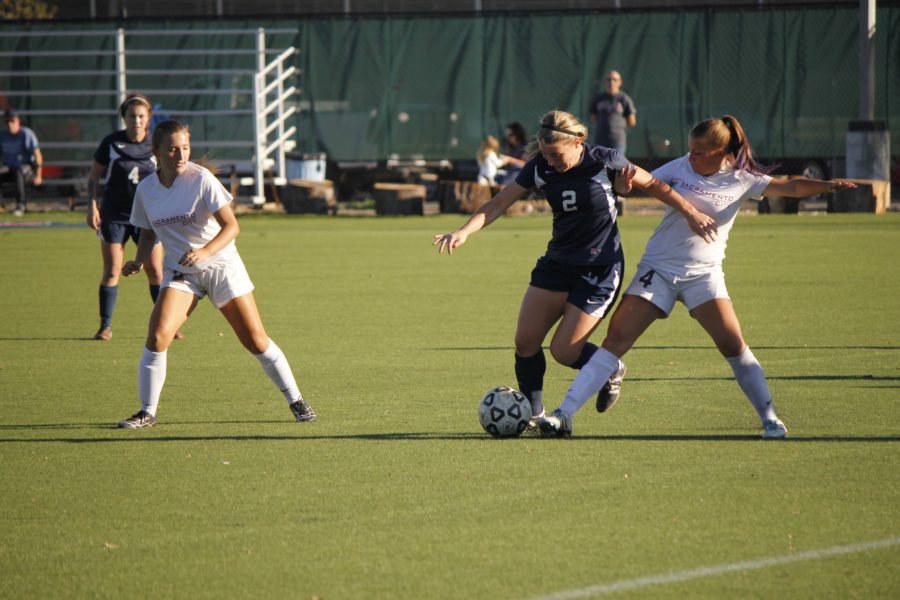 In the second round of the NorCal playoffs the women’s soccer team won in epic fashion.

In what was a tight defensive game, both teams found the back of the net within the first

15 minutes of the match, and failed to score the rest of regulation.

Within the first three minutes of overtime, Evergreen Valley took a 2-1 lead. Then in the

Holle Depina who headed the ball into the net to tie the game and send it into penalty kicks.

With a strong defensive hold by goalkeeper Ali Miller during penalty kicks, the Bear

the Bear Cubs 2-1 Nov. 28. The Bear Cubs were one win away from playing in the CCCAA state championship game.

As for the men’s soccer team, in the first round of the NorCal playoffs they cruised to victory

against Mendocino College, defeating them 5-1.

In what started as an even game, the two teams entered the second half tied at one. The

Bear Cubs erupted for four goals in the second half to run away with the game. Five different

In the second round of the NorCal playoffs, the Bear Cubs did not see similar offensive success as

they did the round before. Santa Rosa suffered a crushing 3-2 defeat to Lake Tahoe Community

College in the second round of the NorCal playoffs.

regular seasons and set up success for next year’s teams. Both teams were loaded with freshmen, so it