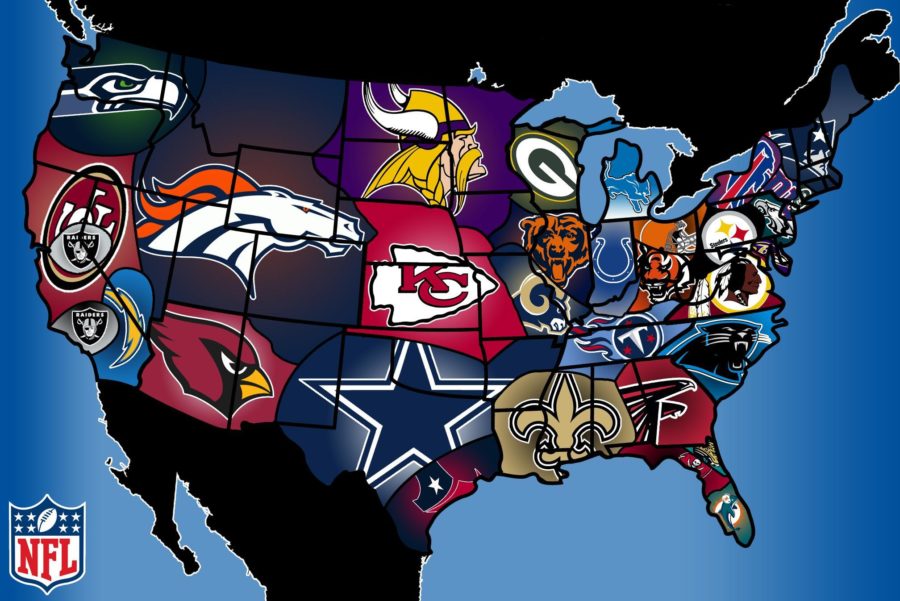 It is no surprise that the defending Super Bowl champions and perennial powerhouse New England Patriots hold the top spot in my power rankings through week two of the NFL season. The 2-0 Patriots picked up right where they left off last February, when they beat the Seattle Seahawks in Super Bowl XLIX.

According to ESPN’s 2015 strength of schedule list, the Patriots have a fairly easy season schedule, ranking number 22 of 32 teams on the list. In just two games, future Hall of Fame quarterback Tom Brady has already thrown seven touchdowns, while an underrated Patriots’ defense has logged four interceptions despite the loss of star cornerback Darrell Revis. New England’s superstar tight end Rob Gronkowski continues to play a key role in the offense, having already collected four touchdowns through two games. The Patriots will win the AFC East with ease and are a safe bet to represent the AFC in the Super Bowl for a second straight season.

On the heels of the New England Patriots is the NFC’s best team, the Green Bay Packers. The Packers, who are also 2-0 this season, looked dominant through weeks one and two. Led by quarterback Aaron Rodgers, running back Eddie Lacy and wide receiver Randall Cobb, the team one of the most high-powered offenses in the league.

After a heart-wrenching loss in the 2014 NFC championship game due to a fluke 2-point conversion by the Seattle Seahawks and a blown onside kick late in the game, the Packers were looking to come back strong this season. So far they have looked up to the task. In a week two matchup against those same Seahawks, the Packers controlled the game from start to finish, looking like a vastly superior team in the process.

In the third spot stands the only one team in my rankings that is not undefeated this season, the Pittsburg Steelers. Led by quarterback Ben Rothlisberger, who had best season of his career in 2014, throwing for nearly five thousand yards, 32 touchdowns and just nine interceptions, the team looks to continue its domination on the offensive side of the ball. Although “Big Ben” had a record-breaking year in 2014, and looks even better through the first two weeks this season, he wouldn’t be where he is without Pro Bowl wide receiver Antonio Brown. The dynamic wide out has already piled up 328 yards, with an average of nearly 20 yards per catch. These two elite players are masters of their craft and will be fun to watch this season.

Although Peyton Manning and the Denver Broncos are obviously on the decline, they are still undefeated this season, having faced two formidable opponents. Future Hall of Fame quarterback Peyton Manning isn’t someone you should bet against, but he is off to a shaky start, having thrown for three touchdowns, two interceptions while completing under 60 percent of his passes. Contributing to Manning’s struggles in his first two games is changes in the team’s offensive scheme due to the hiring of Gary Kubiak. But, with stud wide receivers like Demaryius Thomas and Emmanuel Sanders, the Broncos will continue to be an offensive juggernaunt in 2015. The Broncos also boast game-changing players on the defensive side of the ball in linebacker Von Miller and cornerback Aqib Talib, who has already logged two interceptions, one of which was returned for a touchdown.