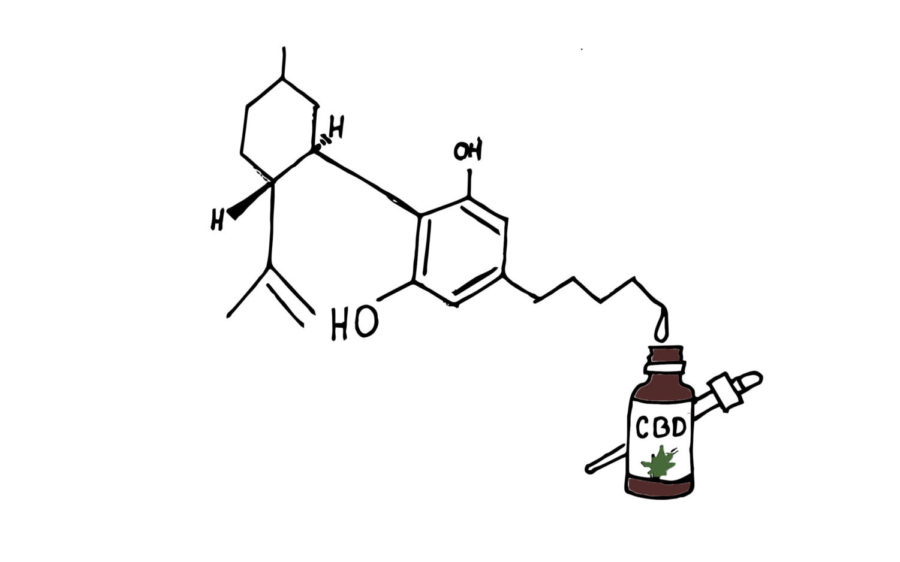 A promising new health product with much-touted medical benefits is gaining both a national and statewide reputation. It’s called CBD, and it’s available throughout Sonoma County and California, without prescription.

CBD, short for cannabidiol, is the second most prevalent of the 60 cannabinoids found in marijuana, after THC.

Mark Brocker, a manager at local marijuana dispensary SPARC in Sebastopol, said CBD was first recognized as the chemical compound in marijuana responsible for “body” sensation as opposed to the mental “high” caused by THC.

Subsequent medical research revealed strong anti-inflammatory properties. From there, CBD became an alternative health product and gained national attention as a cure-all for any number of aches and pains, purportedly without any debilitating side effects.

According to Brocker, SPARC customers use CBD to treat conditions and illnesses including cancer and rheumatoid arthritis with varying results.

Everest Rosa-Barnett, 18, a freshman at Santa Rosa Junior College, recently used CBD ointment for a leg cramp and found it relaxed the muscle and alleviated the pain. He would “absolutely” use it again, adding that his grandmother used it regularly for the last year for rheumatoid arthritis.

“It makes the pain go away,” Rosa-Barnett said.

SPARC sells CBD in numerous forms: as an edible, in lotions or ointments for topical use, raw for smoking, as a tincture for under-the-tongue application and in cartridges for vaping. Because state law requires SPARC, and all marijuana dispensaries, to sell products containing some measure of THC, customers must be 21 or possess a medical prescription.

Because hemp-derived CBD contains no psychoactive component, neither proof-of-age nor a prescription is required for its purchase.

Given hemp production was recently legalized in all 50 states per the Agriculture Improvement Act of 2018, the number of THC-free, hemp-derived CBD products may multiply in the coming months and years.

But does CBD live up to the hype?

In his article “Cannabidiol (CBD) — what we know and what we don’t,” Dr. Peter Grinspoon, a contributing editor to the Harvard Medical School Health blog, writes that research shows CBD effectively reduces pain, anxiety and seizures.

It also effectively treats insomnia for some users.

A February 2019 poll of 50 random SRJC students on the Santa Rosa campus indicated 36% knew of CBD and 22% took it to treat ailments including pain, PTSD, sciatica, insomnia, arthritis, fibromyalgia and vision problems.

Of those who’d used it, 91% found it effective and would try it again.

SRJC student Haydn, 22, uses a CBD tincture her sister gave her for insomnia and finds it extremely effective.

“Instantly I could get a good night’s sleep,” Haydn said. “I’m a believer.”

He learned about cannabidiol before he started college and now uses it almost every day to treat his anxiety and insomnia. He estimates nearly half his friends do, too.

“You can still feel productive without feeling like you’re stressed out,” Khouri said. “My best friend’s sister went from having a seizure a day to having one once a month, just by using [CBD] tinctures every day. Her parents would always talk about other medications they tried and said the side effects were so bad that the seizures were almost preferable.”

His mother now uses it to treat her neck pain and relax tense muscles.

It shows promise in reducing anxiety and depression and in treating PTSD. There is no indication CBD slows brain development, while THC does.

On the negative side, no studies exist on its long-term effects, and its effects sometimes fade with frequent use, making it a short-term solution.

There’s also the possibility of failing a drug test while using CBD.

Registered Dietitian Nutritionist (RDN) Sheri Kasper explained in a March 2019 BBC article “New heights but no high — why hemp sales are soaring” that while most companies and labs test solely for THC, some test for a wider variety of cannabinoids.

This may allow for a THC-free CBD product to register “false positive” for THC during testing.

California consumers should also remember that unless the CBD they consume is hemp derived, it will, by law, contain some amount of THC.

It’s important to check the amount of THC per dose because THC content can vary from very low (.3% or less) to very high (24% and above).

“Most of the people who walk in this door are done with Western medicine. Nothing is working. So hopefully [they] can find something in here that does.”