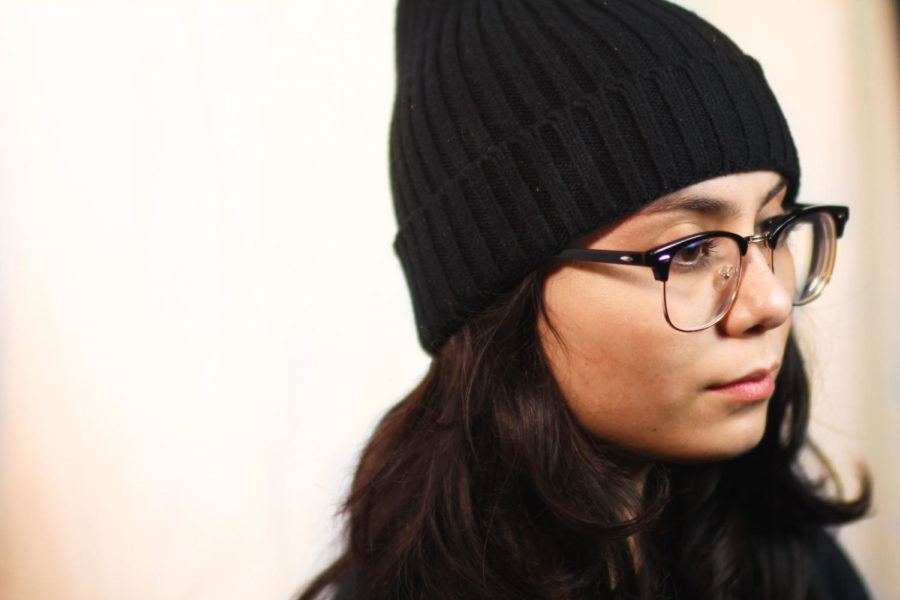 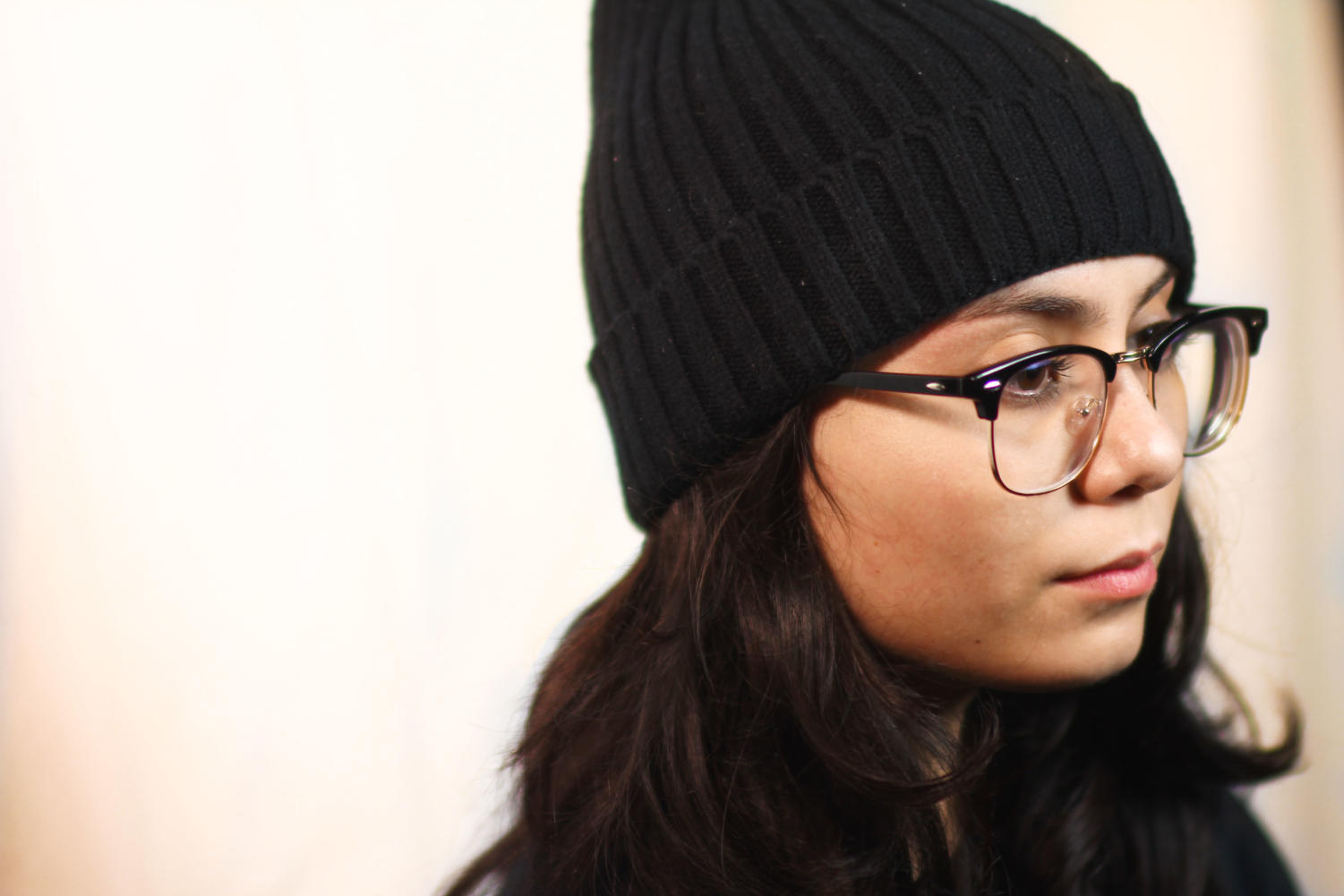 Daisy Garnica turned on the faucet of her aunt’s glass-doored shower and stepped inside. Adjusting the temperature, she sat under the showerhead, letting the water beat against her skin. Then she burst into tears.

“I remember sitting and thinking how things would be easier if I just disappeared,” Garnica said. “I tried so hard not to think like that, but in those moments when you’re alone, it just happens. It was so hard.”

It has been a long, tough road for Garnica. A year before she collapsed in her aunt’s shower and questioned her own existence, the Tubbs Fire ripped through Garnica’s Coffee Park neighborhood destroying her home and leaving her family with nothing. This catastrophe struck when she was already on shaky emotional ground. Two years before the fire, Garnica suffered bullying and racism at the hands of high school classmates.

When she recalled these memories for the Oak Leaf, Garnica cried again.

This string of stress and loss crippled Garnica with anxiety and depression, and it took years of getting worse before she got better. She pinpoints the start of her mental health decline to her teenage years; she self-diagnosed her depression at 15.

“I had a lot of issues when I was in high school,” she said. “I always tried to fit in even though I knew I couldn’t because I was a nerdy girl. I also went to a really preppy school and tried fitting in with the girly girls; I just felt so out of place, and it created a lot of insecurities for me.”

After attending Santa Rosa’s Willowside Middle School, where she had a tight circle of supportive friends, she transitioned to Piner High School. But most of her friends chose Analy High, another local school, leaving Garnica to spend her freshman year lonely. She transferred to Analy High School for her sophomore year, but it didn’t make for a joyous reunion.

“I remember slowly losing my friends,” she said. “I was down to one friend, then no friends, and eventually I resorted to eating in the cafeteria by myself because I knew I couldn’t fit in.”

She felt she had no place to go; her depression overwhelmed her. “I really noticed it when my grades started to drop. I began having suicidal thoughts,” she said.

Feeling like an outcast wasn’t the sole instigator of her depression; she also endured racial bullying.

“I didn’t just go to a preppy school, I went to a white, preppy school. Being one of the only Mexicans in the school was difficult,” Garnica said.

Many kids made subtle, racist jokes targeted towards her and her friends, while others were more overt. “One kid asked if my dad was a grape picker. Another time, a girl was wearing Vans and she was like ‘Ew, I feel like a dirty Mexican wearing these,’” she said.

Garnica dropped her head and looked at her own feet.

Garnica was stunned. She wanted to believe the girl was joking, but she knew better. Garnica’s friend, Indigo, defended her.

“Kids teased me and my friends; they specifically called us ‘hairy monkeys’ just because we were Mexican. Those things hurt, but they’ve affected me more since I’ve gotten older, when I started seeing more of it,” she said.

The bullying became so intense that Garnica and her friends complained to a counselor. He did nothing so she decided to involve her family.

“I remember going into a meeting with the principal with my father and the principal’s response was that the school was cliquey and I just needed to find the right people,” said Garnica, her voice rising with anger.

After that unsatisfying meeting, she transferred back to Piner High School. She graduated in spring 2016 and enrolled at Santa Rosa Junior College that fall while continuing therapy and enjoying a sense of peace for the first time in years.

A psychology major, Garnica focused on her studies and used college as a distraction from her continued struggle with depression.

“I used that year as a fresh start,” she said. “My junior and senior years of high school I started that process by keeping to myself. When I started college, it helped me not worry about how others thought of me or how I was seen.”

But the following semester, in the spring of 2017, Garnica found herself falling into old habits, the same ones she exhibited in high school.

“I was super stressed and started isolating myself from everything again,” Garnica said. “I wouldn’t go to classes and instead I would just stay home and sleep.”

It was what Garnica referred to as her “bad downfall.” She showed stronger symptoms of her depression—more than before.

Excessive sleep, isolation and a sensitivity to crying were all warning signs of her oncoming wave of depression.

She was determined to break the cycle rather than revert to her former self.

Midway through the spring semester, she combatted the waves of depression by surrounding herself with “good” people. She started her fall semester with a new motive: medication.

Her therapist prescribed her Lexapro in September.

It took two weeks for Garnica to adjust to the medicine, and over time she discovered new-found stability. However, the stability the Lexapro provided was not what Garnica had imagined; her medication stopped her reactions. She couldn’t express sadness or happiness anymore.

“It was like being a robot,” Garnica said, remembering the effects Lexapro had on her at the time.

Then, the Tubbs Fire swept through her neighborhood, forcing her and her family to race to safety.

An hour after evacuating from her childhood home, Garnica shuffled through the miscellaneous belongings in the backpack that she’d stuffed in less than five minutes, searching for her depression medication.

The realization it had burned caused a panic attack.

“My mother had to comfort me because I didn’t know what I was going to do,” Garnica said. “I was freaking out and worried because I depend on it to function.”

Just as she managed to ground herself, she was struck once more with devastating news. Her house was gone.

The news came in a video her father sent to the family. It showed the fire engulfing her house, her father screaming and crying as police pulled him away.

“I was really mad. I was asking ‘why us?’” Garnica said. “I bruised my knuckles punching the floor because I was so angry. My aunt had to pull me up from the ground.”

Garnica felt like she coped with the loss alone.

“I didn’t have anybody there for me,” Garnica said. “Even though I know I did, it’s hard to open up to people who don’t experience the same things. People will say ‘it will get better’ or ‘you can replace all of those things’ when in reality it’s the experience that hurts more than losing my things.”

Since her medication was lost in the fire, she had to learn to cope without it in the month it took to get a new prescription.

“My emotions were super uncontrollable; anything would make me cry. I tried my best not to be alone, but I always found myself back upstairs, covered in blankets and crying my eyes out,” Garnica said.

This lasted well beyond October, and the emotions lingered even with medication.

The months following the devastation became increasingly difficult for Garnica.

“My life had completely changed. My family and I live in apartments, and it’s scary because it’s not in a good area,” she said.

“Sometimes, late at night, I can hear the neighbor beating his wife next door. We also see a lot of shady people passing by. It’s really uncomfortable for us because we were so used to our little quiet neighborhood in Coffey Park.”

Garnica  was easily startled by noises reminding her of that night. The sound of firetrucks, wind and loud bangs would trigger anxiety. Two months ago, the wind was so loud and violent she had to spend the night in her parents’ bed.

“I’m never at ease. I’m just waiting for a moment where I can relax.”

Garnica refused to give up. She persisted and pushed herself. She kept up with her medication and continued visiting her therapist. She developed a routine and learned to confide in friends when experiencing depression symptoms.

Garnica’s fight finally came to an end in October when she felt it was time for her to move away from medical help and transition to operating on her own.In September, she parted ways with her therapist and ended their weekly visits. Then, in October, she slowly weaned herself off of her medication.

Now, Garnica is functioning well without both therapy and medication. She works as a medical assistant for a local psychiatric hospital where she interacts with patients daily.

“It’s my way of helping those who are where I once was,” Garnica said. Occasionally her patients write her thank you notes on their release, all of which Garnica keeps.

The Oak Leaf  interviewed Garnica days after the Tubbs fire last year. After re-reading her article, she wept.

She then had some advice for her former self.

“I remember in that moment my life felt jeopardized. I was scared I would have to put my life on hold to accommodate the fire. I just wish I knew then what I know now.”