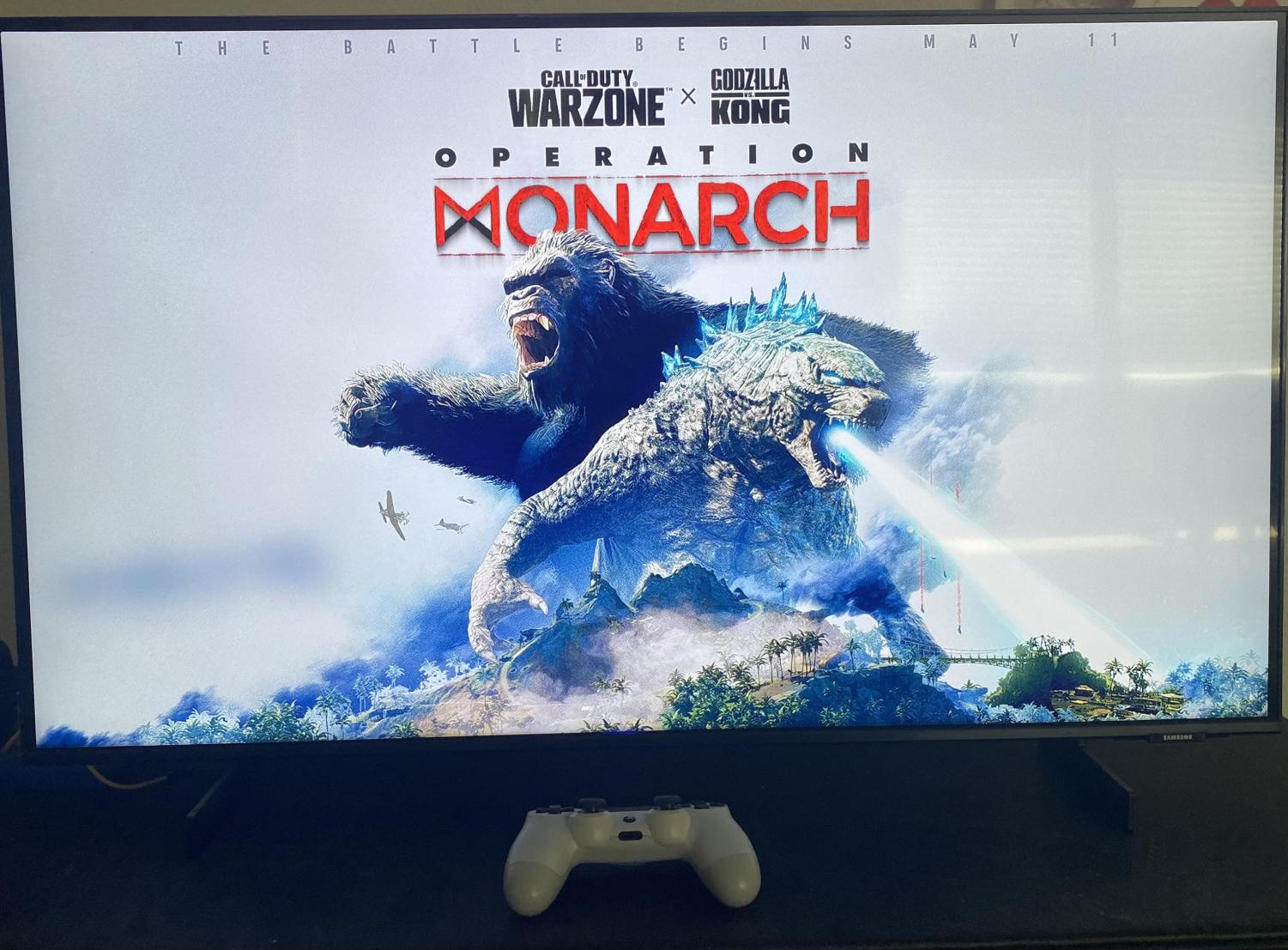 More than 100 million unique gamers have played “Call of Duty” Warzone, one of the most popular first-person shooting video games. (Blair McTaggart)

More than 100 million unique gamers have played “Call of Duty” Warzone, one of the most popular first-person shooting video games.

Why are video games so addicting ?

The first video game was created in 1958 but started to take off with advances in technology during the 1970s through ‘90s. It wasn’t until the last two decades that video games have become a mainstream hobby for younger generations of Americans and some older generations to indulge in. Many people, especially older, still seem baffled as to why people find video games so appealing. According to www.playandground.gg, 2.6 billion people play video games; they have become one of the most common hobbies for people in the world.

Video games are a way for people to kick back and relax by enjoying something virtual through their television. For some, it’s an escape from reality. While video games aren’t nearly as bad to overuse here and there as opposed to something like drugs, it still has negative drawbacks if a person abuses the amount of time they spend playing video games.

According to www.americanaddictioncenters.org, video game addiction can lead to poor performance at school, work, or household responsibilities as a result of a preoccupation with gaming. It can also cause gamers to neglect other hobbies or friendships as well as their own personal hygiene and grooming.

Some young gamers show signs of irritability, anxiety, or anger when forced to stop gaming, even for brief periods of time. They have a need to spend more time playing games or to play more intensely in order to get the same level of enjoyment, the website stated.

Symptoms of physical or psychological withdrawal, such as loss of appetite, sleeplessness, agitation, or emotional outbursts if the game is taken away.

An article by www.healthyplace.com states that in addition to sharpening executive functioning, positive effects of gaming on the brain include: strengthening of the visual activity centers of the brain, increased ability to pay attention, improved spatial memory, enhanced hand-eye coordination, improved ability to rapidly process information and choose a response, and heightened mental flexibility.

Video games do have upside in being a valuable tool for education and character development, however they definitely need to be regulated by parents for kids that are younger. Part of the reason why video games can be so addicting for younger kids is because they can experience a psychological stimuli called “flow,” according to Dr. Steve Rose, an addiction counselor. This happens when a person is doing something and starts to lose track of time because they are focused on the task at hand. There isn’t necessarily anything wrong with experiencing flow because you get that psychological effect when you’re working on a project or task that is productive. However, when the person turns this into compulsion when playing video games, where the user is unable to stop playing and takes away from daily lifestyle obligations; is where it becomes dangerous to play video games for that amount of time. 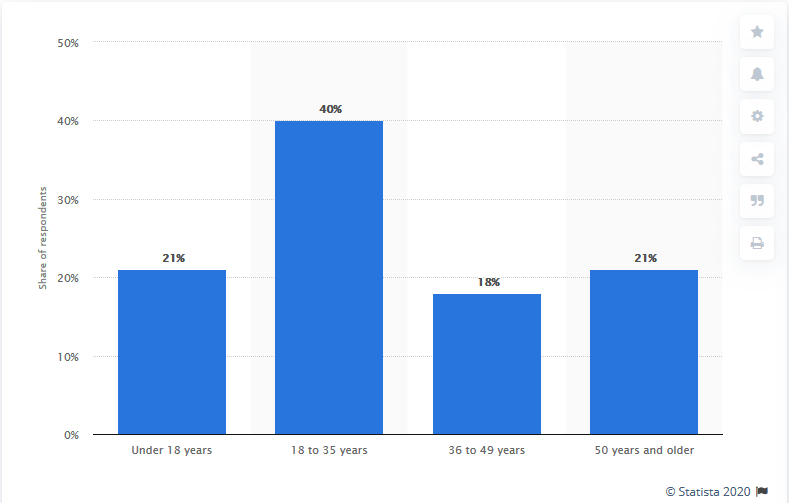 The average age of video game players in America. 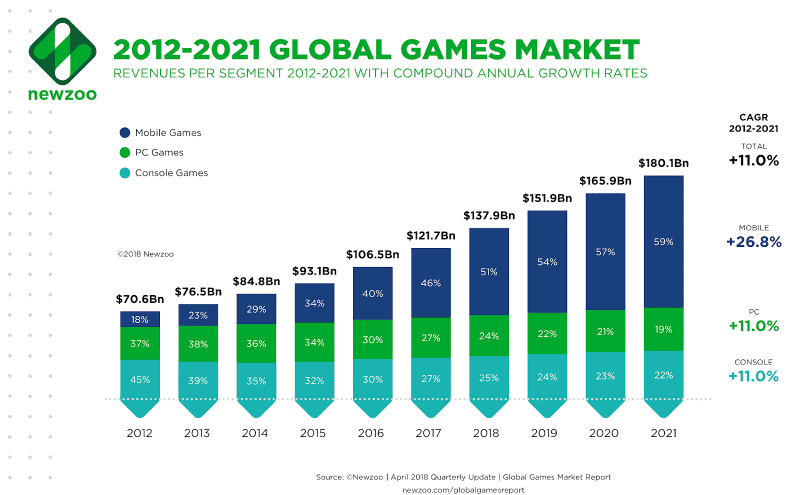 However, this comes at high long-term cost if a person can’t learn to socialize amongst one’s peers. Video games allow you to experiment with different identities, giving the player a chance to experience new identities instantly without the repercussions of the long-term social implication identity change can cause.

For example, people can be stars on the virtual football field by making a franchise mode in Madden, where they can put their name on a player and be a star. Video games have a sense of adventure linked to them as many games, like the Red Dead Redemption series or the Assassin Creed series, where the player has the ability to explore a vast open world. If life seems boring and mundane to a person, a game with an environment as vast and interesting as one in Assassin’s Creed Valhalla will give a person the thrill of adventure.

Another reason that hits home for many that make video games so intriguing is the fact that they offer a sense of purpose. Video games usually come with a campaign and multiplayer mode where there are achievements set up for the player to earn throughout playing the game. These games offer a sense of progress throughout the game.

For instance, in Call of Duty Modern Warfare, the more you play multiplayer and the more you help capture objectives and eliminate enemies, the more XP you earn towards your player which in turn upgrades their rank. The higher rank you are, gives you the ability to unlock more equipment, scorestreaks, and perks that can give you an advantage in the game.

Similar applications go into the campaign mode of games like Call of Duty as well. These games offer a sense of progression giving the player the rewarding feeling of achievement when they progress through the game. However, video games with no defined endpoint encourage infinite play. Like with Assassin’s Creed and Red Dead Redemption games they have side quests and other game opportunities to play after you have beat the campaign to keep players interested in playing the game after the main campaign is finished.

These video games offer a sense of connection where players can interact with each other through video games by talking through microphones and headsets. Video games can help people bond with a team of individuals as everyone is aiming towards completing the mission objective.

By making these connections through the game, people end up connecting with like-minded individuals and make friendships through these games. There have been many cases where people have built real friendships that blossomed through the interwebs of online gaming. These video games also connect you with a grand narrative that leaves you touched at the end like a person feels after watching a thrilling movie. In Red Dead Redemption 2, I was more connected and intrigued with that ending than I was with any movie I’ve watched because of how invested I was into the story and game.

In conclusion, video games are a fun hobby that can be enjoyed as long as one enjoys their gaming time responsibly. Like with most things in life, too much of one thing will cause an addiction that usually ends up being problematic in one’s life. Video games can be addictive if abused, but can also have positive effects as long as they are enjoyed properly. This being said, hopefully you the reader were able to get some more insight on why video games are so addictive and the reasoning behind it.

Interview with a gamer