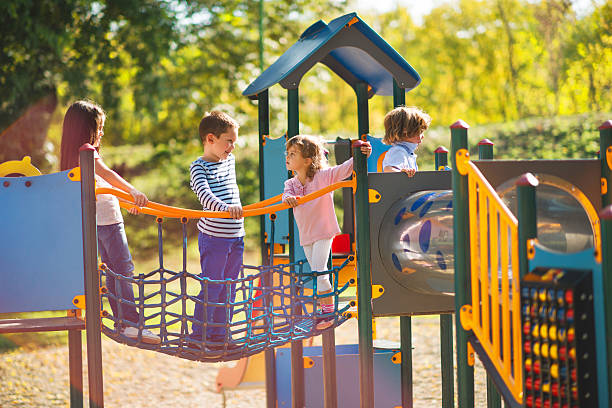 A group of children playing and socializing on a playground.

The first time that Lyndsay and Ray McClintock saw their daughter struggle socially was at their local park. They noticed that 1-year-old Delilah would see other children playing yet she played alone. She showed no interest in the other kids.

Delilah was born in the year 2020, two months into the coronavirus pandemic lockdown. She didn’t have much interaction with anyone but her parents for her first six months. Delilah struggled socially early on in the pandemic because of the lack of interaction with people other than her parents. “If she did have any interaction, people were masked.

The pandemic created social development challenges for children of all ages, from newborns to high school seniors.

March 13, 2020, a day that will forever be ingrained in the memory of students nationwide. It’s the day the President of the United States declared a National Emergency concerning the Novel Coronavirus Disease outbreak. For some, it was their last day in school. For others, it would be their last day of middle school, high school, or school at all. For all students, it was an abrupt ending to the school year.

The Covid-19 pandemic came as a shock for everyone, but especially for high schoolers. Students were immediately cut from their teachers’ hands-on curriculum and the daily social engagement between classmates. According to the Center on reinventing public education, schools typically do a poor job of offering support for students’ mental health and teaching social-emotional development.

“Kids are struggling socially by not regulating their emotions well,” Ray McClintock said. “There’s also a level of immaturity that is present from students who came in as freshman, because due to the pandemic, they essentially missed all of their social-emotional development in junior high. Especially with the boys.”

The Covid-19 pandemic’s broad impact is well known, but one of its biggest effects is the social development of younger children and newborns.