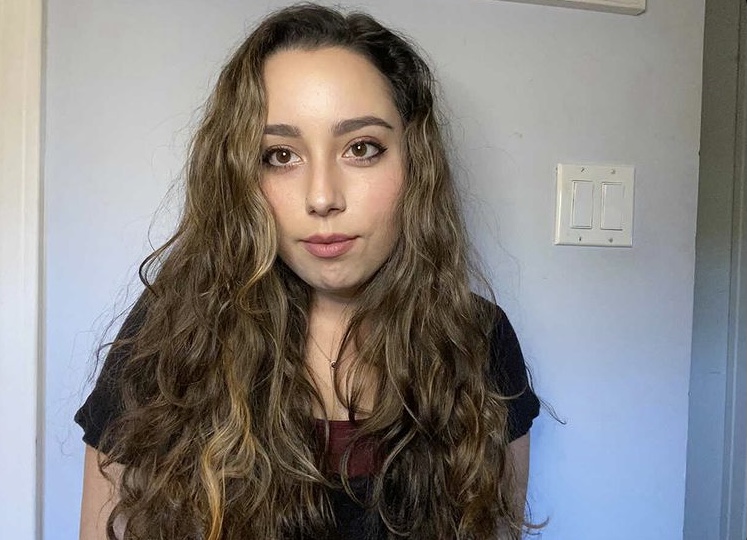 SRJC graduate Francene Ayala will be transferring to UC Berkeley this Fall to study psychology.

Francene Ayala left the Santa Rosa Junior College campus last March, assuming she’d be back in the classroom soon and graduating this year in-person, but on March 11 2020, the World Health Organization declared COVID-19 a global pandemic, enforcing online education and leading to a virtual graduation in 2021.

On May 29, 2021, Ayala will graduate from SRJC with her AA degree before transferring to UC Berkeley. The 22-year-old psychology major, along with hundreds of SRJC students, will be graduating virtually this Saturday.

“I did not think when I was stepping out of that class back like a year ago, I just thought we were going to come back a couple weeks later,” Ayala said. “I didn’t think that I would never set foot on a JC [campus] again. Like that was the last day, and I didn’t know it at all.”

Transfer students are likely to have another graduation where they’ll get the full experience with the cap and gown. However, for those who aren’t transferring, this may be their only graduation.

“I think people will show up. Because, I mean it’s a big deal. Some people aren’t transferring and that’s it,” Ayala said. “I think people are going to definitely want to make the most out of something, especially after the year.”

The ceremony will be virtual, yet SRJC is holding a diploma cover pick-up event at the Santa Rosa campus this Saturday. Graduates will line up in their cars to get their diploma covers.

“I’m glad that they’re doing it virtually and not jumping the gun on anything. As much as it sucks, I think we’ve moved past the whole fact that it sucks. Yes it sucks, but it’s kinda what we need to do,” Ayala said. “So let’s all just accept it. Things will come back to normal. It just sucks that there are milestones that people are missing.”

In 2020, out of 2,240 students, the average number of years spent at SRJC completing a degree was four and it is common for junior college students to feel stuck or to spend more than four years completing their degrees.

“I’m really excited, it’s been a long time. I took a year off after high school, so I was feeling a little insecure,” Ayala said. “Because everyone in my age group is either graduated already, graduated early or is about to, and I’m still needing two years, so I think it feels good to take the next step.”

After two and a half semesters on Zoom, some graduates can’t bear to spend another moment staring at a screen. Willow Ornellas, 19-year-old SRJC communication studies major said, “I did not feel like [graduation] was worth it, just going to another virtual thing.”

Ornellas will likely attend the diploma cover pick-up, but doesn’t feel compelled to watch a virtual ceremony. She’s transferring to Sonoma State University to study communications. “It feels so relieving, at this point it feels like it’s almost been a year and a half of unpredictability,” she said.

Starting at the JC in 2019, a large portion of her education was virtual. “Because everything’s been online, everything at the JC has been kinda jumbled,” the 19-year-old said. Ornellas said she would miss her in-person professors most because of the classroom environment.

Peyton Krzyzek, SRJC anthropology major, also feels robbed of her last year at the college, but said she was able to adapt. “Overall I think that the college experience in a pandemic really put a lot of issues into perspective,” she said. “It really made me realize how fortunate I was to be able to receive an education in person even if it was for a short period of time.”

The 20-year-old said, “I am excited about transferring but I am also a little nervous.” She will miss her time at SRJC, but most of all the library. “That space was my sanctuary and I made so many great memories and friends there,” Krzyzek said.

Claudia Jereb, 29-year-old fitness and nutrition major said, “I need to take a break because it was like 2 intense long years.” Jereb experienced the ups and downs of online education and she will not be transferring at this time.

For her fitness classes, students and professors had to learn how to adapt workouts for Zoom. “For my GE classes, it was a pain in the ass,” Jereb said. “Like either doing a PhD or masters in something that you literally need to study by yourself, you don’t have a teacher.”

Jereb will be attending the virtual graduation. “The good part about being online is that my parents can attend from Brazil,” she said.

After switching majors, 22-year-old Ayala has put in a lot of time and energy at SRJC. “It feels good to move on because I know that I’ve accomplished something. Being at the JC for so long kinda makes you feel like you’re not getting anywhere,” she said. “I think getting that acceptance letter was kinda like a big huge payment in a way for all the hard work I’ve done. It feels nice to see that the work I’m doing is actually getting me something.”

The virtual graduation will be live streamed May 29 at 9 a.m. here, and the drive-thru diploma cover pick-up will begin at 1 p.m. Students should enter at the Emeritus Lot where SRJC President Dr. Frank Chong along with other faculty will be handing out diploma covers.