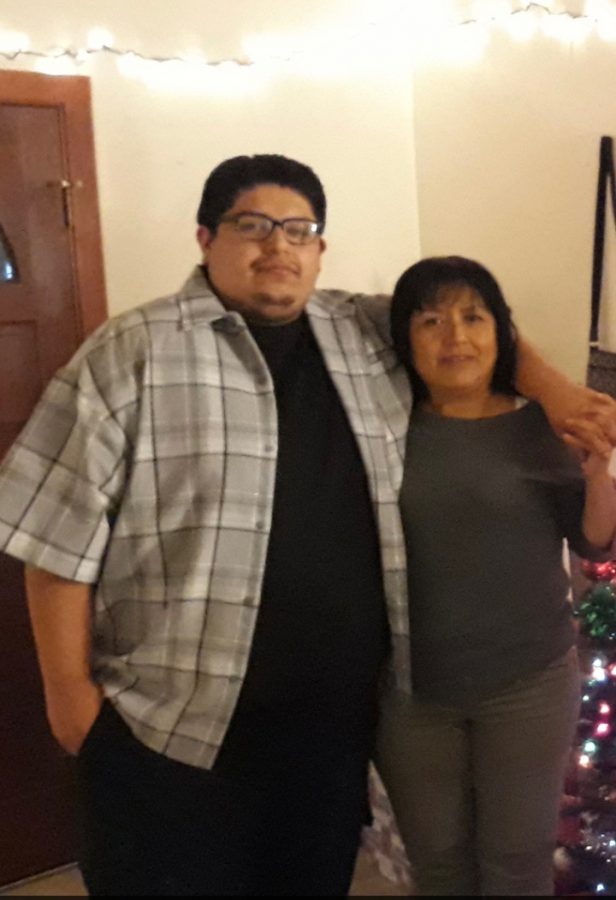 Sergio Santana-Peralta, who stood tall above his mother, always wore a silver pendant around his neck. The pendant depicted La Virgen de Guadalupe (Our Lady of Guadalupe), a powerful spiritual symbol that represented maternal security; he always believed La Virgen would protect him.

On the morning of April 4, Santana-Peralta was shot and killed at a party in Santa Rosa while wearing his beloved pendant. Survived by his son, his parents and three sisters, he will be remembered for his patient and loving character.

Santana-Peralta, 28, was born in Los Angeles and grew up in Southwest Santa Rosa. Over the last year he reached significant milestones: moving up in his job, buying his first car and moving out on his own. After three years as a meat clerk at Lucky Supermarkets, Santana-Peralta was working toward a butcher apprenticeship. Buying a car had been a major goal; he worked and saved to buy a Chrysler 300. Santana-Peralta also returned to Santa Rosa Junior College to study graphic design to become a video game designer. His life was moving with positive momentum.

His older sister, Yessica Santana-Peralta, said, “He was finally moving forward becoming the adult that we knew he was.”

The 28-year-old went back to college not only for himself but to be a better father to his 8-year old son, who lives primarily with his mother. On Sergio Santana-Peralta’s days off, he liked to take his son to the coast or the park. “He wanted to be a good example for his son,” said his mother, Alberta Peralta.

“I’m an old soul in a young body,” Sergio wrote in his final essay titled “Hope is a Decision” for his SRJC English class. He wrote about his hopes and dreams following a rough past. “My childhood was very hard; I was around gangers [sic].” He hoped to succeed at SRJC, get his butcher apprenticeship and buy a house for himself, his mother and his son.

“He was trying really hard with his essays,” said Yessica. “His teacher forwarded us his essay for his hopes and dreams. I haven’t been able to read it. I don’t think I’m ready to read it yet.”

Sergio cared for his paternal grandmother before she returned to Mexico, where she later died. Before her move, she asked the others to take care of “mi niño” (my son), the name she called him because of his innocence. His grandmother was blind and lived with her primary caretaker, Sergio’s aunt, but he cared for his grandmother when his aunt was busy.

His grandmother was a character who blatantly told the family he was her favorite grandchild. He listened to her speak for hours and demonstrated unwavering patience as he helped her navigate the world around her.

“He was the type of person who really listened to you if you needed somebody,” his sister said. He was a helper known to put others’ needs before his own.

Barb Beatie, SRJC peer-assisted learning specialist and writing tutor, worked closely with Santana-Peralta. “Sergio had perseverance. He followed up on his assignments and through the revision process,” Beatie said. “He wanted to do well in school to make his mentor and his family proud.”

Beatie said she got to know Sergio through the shared process of writing. “Good writing is personal. Through writing, we get to know ourselves, and we get to know each other. In crafting a personal essay, we, as writers, put ourselves on the page.”

Through the writing and drafting process, she learned a bit of his story. “Sometimes you do not know everything that is going on in someone else’s life. There’s that saying, ‘Everyone is fighting a battle you know nothing about,’ that’s wrongly attributed to Plato. Sergio must have had many difficult battles,” Beatie said.

“The rest of that quote is: ‘Be kind, always.’ That was the Sergio I knew,” Beatie said. “He was patient. He was always ready to listen to another student. He was there with a supportive word of encouragement. That’s what I will remember.”

Sergio’s death was alarming to many. SRJC College Skills instructor, Leslie Mancillas said, “The students were really shocked. One of my students said, ‘I’ve never had a classmate be killed.’”

Sergio Santana-Peralta was a dedicated student, according to Mancillas. He was also a full-time worker and a single father, yet he managed to keep up with school. “If he had a shift, he would Zoom in from the store on his break,” she said.

“He did share with the class, I would say it was only eight or nine weeks before he died, that he had gotten COVID-19, and members of his family had been dealing with Covid and had overcome it, and that’s another example of how dedicated a student he was,” Mancillas said.

Sergio’s instructors all recalled his sense of humor. “Sergio had a big laugh. Have you ever met someone whose manners make everyone around them feel welcome and included? That was Sergio,” Beatie said.

He called his mother every day and updated her on his comings and goings. She recalled a voice note where her son told her he would be out late bowling with friends.

“I was more relaxed because I knew he would be out late,” she said, “So I don’t understand why this happened to him. He was not the person who they say he is.”

Both his mother and sister were dismayed by the comments they read in the Press Democrat following his death. They said he was falsely labeled a gang member by individuals of the public who said he deserved to die.

“My brother wasn’t a gangster. He didn’t have the mentality to be a gangster,” Yessica said. “He didn’t belong anywhere near them, but he had friends and he was friendly with everyone. He just let himself be pulled into something that wasn’t good.” The family never expected anything like this to happen to him.

The morning Sergio was killed, his parents went to the police station to look for him. “I was calling him but he never answered. That’s why I went to go look for him,” said his mother.

Police officers asked them why a mother would search for her 28-year-old son. After all, he was an adult. But his mother knew something was wrong; it was unlike him to not come home and unlike him to ignore her calls.

SRPD spokesperson Sgt. Christopher Mahurin said, “We are positive it wasn’t just an accidental discharge of the firearm. But the exact reason why [Martinez-Gonzalez] shot this specific person is what we’re trying to identify.”

People with information related to Sergio Santana-Peralta’s death are encouraged to leave anonymous tips at srcity.org/crimetips.

While Santana-Peralta’s family awaits answers to Sergio’s murder, they are thankful for the community’s support surrounding this tragedy. Extended family, friends and coworkers came together to provide the family with meals and financial support.

“Feeling the love from the community and family has been able to hold us together,” Yessica Santana-Peralta said.

“I wish I could ask the person who did this, ‘What did my son do for [you] to make this decision?’” Alberta said.

She remembers her only son, the boy who stood proudly above her, and she continues to pray to La Virgen while she awaits answers.

She buried her son with his Virgen de Guadalupe pendant. “This has me desperate,” she said between tears. “I tell you that I won’t be calm until I know what happened and how.”

Beatie continues to find solace in Sergio Santana-Peralta’s last essay. “In a world where we often embrace cynicism, it’s difficult not to be inspired by such hopeful dreams and goals,” she said.

His instructors and family members alike all agree Sergio Santana-Peralta was ambitious and had a bright future ahead. “Even though my childhood was tough, I want to achieve all my goals for this year,” he wrote. “Not one person can stop my goals and dreams from coming true.”