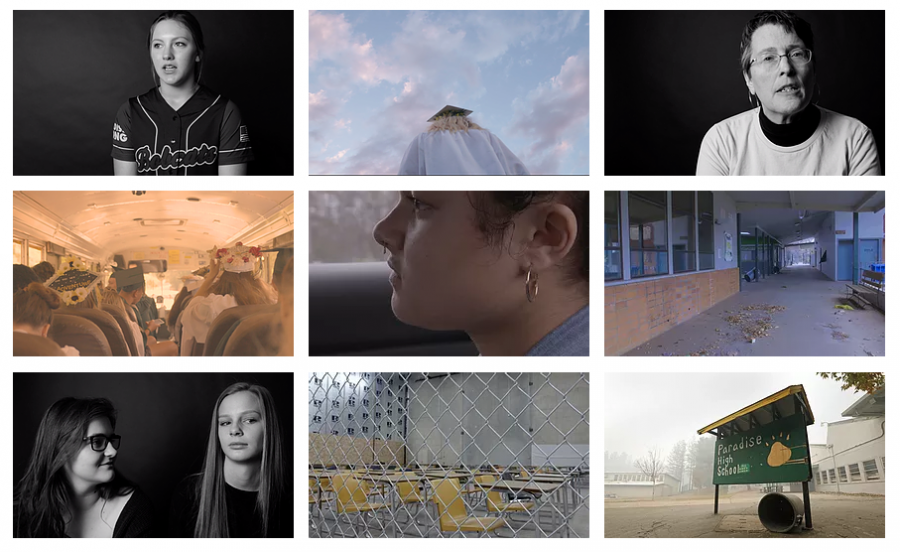 The subjects of "Last Days at Paradise High" describe during the 23-minute short their emotional state and their plans for their post-graduation future.

The assignments still hang on the board — “Hero’s Journey Essay” in blue marker, “Into the Wild” in purple — scrawled with verve under the date, set off eerily in black, “8 November 2018.” They are classic high school English lessons never delivered, challenges never posed, because early on Nov. 8 a vicious wildfire reduced the school’s town to ash and displaced all 30,000 of its residents while killing another 86.

This classroom scene is brief in “Last Days at Paradise High,” a documentary following English teacher Virginia Partain and two Paradise High School seniors as they limp through the waning days of childhood while navigating the complexities of fledging amid tragedy.

The film catches students passing notes, dressing for prom and sharing inexperienced kisses; it also follows them sifting through the Camp Fire’s wreckage for identity-defining mementos and speaking in language wise beyond their years.

Kody Lesch laments never having driven his now-burned-out pickup; he didn’t have his license before the fire. He says he’ll rebuild on his parents’ lot, then climbs the charred remains of his swing set. In one juxtaposition, Lesch and an 11-year-old neighbor shoot hoops, then Lesch laments climate change’s devastation on his future.

“Yes, I would love the world to go on long enough for a kid of mine to be able to sustain a nice life and even pass on to future generations,” he says, “but until we find another planet to live on, if they screw this one, we’re done for.”

Director Derek Knowles found himself constantly “surprised by the wisdom, the deep intelligence and compassion, [the] contradiction of everyone we spent time with.” The students showed him and co-Director Emily Thomas “an inherent wisdom” that Knowles said “uprooted my sense of the world,” an appropriate parallel to his subjects’ own upending.

Back in her beloved classroom, Partain gestures toward the board. “That’s the agenda. I haven’t taken it off,” she says with an air of nostalgia. “That’s what we were going to be doing that day.”

It’s easy to presume Partain’s lessons never landed, that her students didn’t examine the adventure-bound hero who faces crises and returns home victorious. That the seniors didn’t sit with “Into the Wild” and its message of isolation and death in the wilderness. But that would be wrong.

As “Last Days at Paradise High” illustrates, they are most definitely absorbing those lessons. By living them.