Going a month without social media 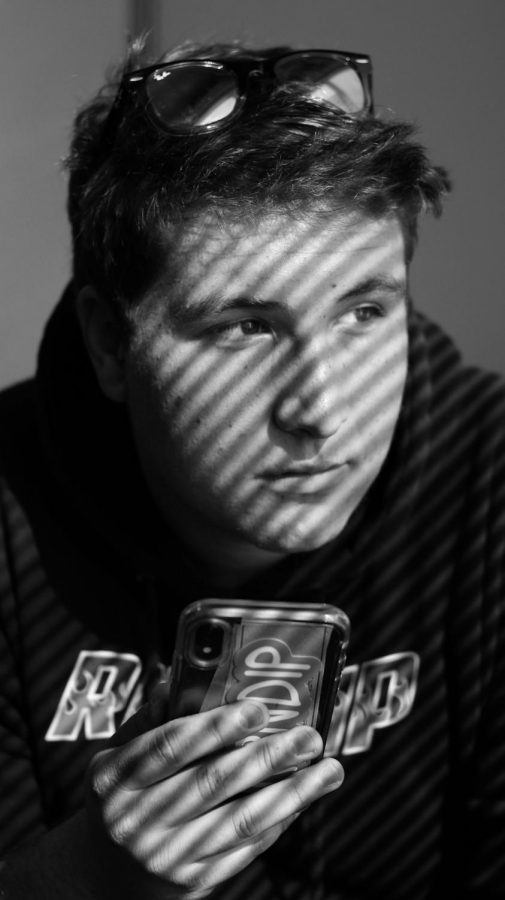 I challenged myself to go a month without social media to see what it'd be like living a disconnected life. As time passed I grew a better understanding of who I am as a person.

My experience using social media has never been entirely positive. While I enjoy posting pictures of vacations and personal achievements, I’ve always compared myself to other people and their posts or accounts. When I go through personal struggles and see on Instagram or Snapchat my friends going to the beach or doing something else fun without me, it makes me envious and upset they didn’t include me.

Having struggled with depression, it’s impossible for me to say whether social media has helped me in any way. In fact, in my opinion, it’s made things worse. To see how much social media was affecting my mental health, I resolved to go the month of February without it.

I got the idea to take a month off of video games and social media during a lecture in my psychology 1A class during which professor Jürgen Kramer detailed the intricacies of how social media apps such as Instagram generate dopamine in our brains the same way drugs and gambling do.

For example; sometimes Instagram will hold back on notifying the user of likes on their post so that when they reopen the app they see a large number of new likes. Functions like that generate a large amount of dopamine in the brain.

I was excited to see if any changes took place in me when I started this challenge. I deleted every social media app on my phone which included Snapchat and Instagram; two apps that would regularly give me negative feelings about myself when I would compare me and my life to my friends’ posts.

During the first week of February, I didn’t notice any real changes in my general mood. But, for the first two days I fumbled around the home screen on my phone, trying to open the apps I’d deleted, which brought to my attention that being on social media had become muscle memory.

My thumb would try to find the little blue box with the white bird but then I would remind myself I no longer have Twitter. At times I would wonder what everyone else was doing and I would get bored easily.

It was during the second week that changes began to take place. For the first time I began to meditate daily and I also worked out at the gym more often. The meditation helped—even after an exhausting day at work or school, my demeanor would improve as soon I finished meditating.

Exercising helped me fight self-consciousness about my body, which is one of my biggest insecurities. My sleep schedule also improved, and I started to wake up almost an hour before my alarm went off, without any fatigue. Before this, the earliest time I would go to bed was around midnight, but two weeks in I started going to bed at around 10 p.m.

At the three-week mark, I experienced a transformational shift in my life at school and work. I felt a sense of belonging among the people around me I had never felt before, and I developed meaningful friendships with my peers. I have always felt like an outsider and found it slightly difficult to make friends and hold conversations.

However, I didn’t feel that difficulty anymore and it felt nice to make some friends organically. We even spent time together outside of class which I haven’t been able to do with anyone since I started classes at Santa Rosa Junior College.

To finish the week, I took my grandmother out to dinner, which made me happy as I rarely get the opportunity to do so. It was especially nice since I had no reason to interrupt conversations by taking my phone out to respond to any notifications as I’ve done before multiple times.

As the final week of February ended, I reflected on the month. So many positive emotions had either become more noticeable to me or appeared for the first time. My days felt more emotionally peaceful than before. I felt contentment and belonging throughout the day that reflected on the people in my life. My frame of mind had changed so much that even my father had noticed I seemed to have a much more positive outlook. I think it’s appropriate to consider my “experiment” a success.

Now that I’ve had all my social media apps back for about a week, I’ve been looking at social media in a new light. I no longer feel resentment or envy for the people I know and follow. I don’t feel the need to check Instagram or Snapchat as often.

Reintroducing social media to my life hasn’t undone the changes to my life. I no longer get consumed by my emotions if I see something I don’t agree with or a post from someone I considered had wronged me years ago.

My positive experience greatly impacted me, and while it might not work out exactly the same for others, I recommend taking a break from social media for everyone to see for themselves.