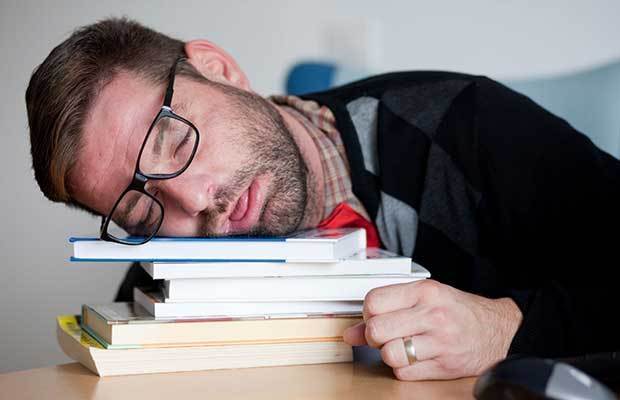 A 2015 study published in “Kinesiology and Exercise” showed success in improving sleep quality in test subjects that received 6 milligrams of melatonin before bed.

Life as a Santa Rosa Junior College student lends itself to sleepless nights.

Lacking enough time to fulfill daily obligations at school and work can leave you feeling like you have no other option but to sacrifice your rest.

According to a 2019 Washington Post article, sleep researchers at Harvard Medical School and UC Berkeley discovered evidence that losing out on sleep can cause anxiety, depression, cardiovascular problems, dementia and Alzheimer’s.

Researchers recommend people get at least seven hours of sleep per night, but the majority don’t. A 2016 Centers for Disease Control and Prevention study reported that as many as one-third of adults fail to meet this number.

Austin Flores, 18, is a first-year SRJC student who knows what it’s like to lose sleep.

“I’ve seen students in the library just put their head down, or they’ll be working on homework and just fall asleep or close their eyes due to being exhausted,” Flores said.

“We have a life outside of the school world, so we have to try and squeeze all this work into such a short period of time, and it doesn’t always work,” he said. “I’m always tired for a few days in a row.”

Flores concluded whether it’s meeting deadlines or preparing for exams, students’ workloads can be overwhelming and factor into the decision to lose sleep.

Aurelio Zarate, 19, a second-year SRJC student majoring in English, works about 12-16 hours a week while taking 16 units. He, too, suffers from a lack of sleep.

“It’s impossible to get proper sleep when you work until 11 p.m. and have class early the next day,” Zarate said. “I try to get six and a half hours of sleep every night, but I mainly don’t get sleep because of procrastination and major assignments that I have to do by the next day. I feel like I have to sleep on the weekends just to catch up.”

However, according to another study from Harvard Medical School, catching up on sleep over the weekends may be helpful to some extent in the short term, but it’s impossible to truly make up for what you lost.

Due to your circadian rhythm, or internal biological clock, you can only sleep five to 10 hours to catch up on what you lost, and taking periodic naps throughout can’t compensate for the sleep you lost throughout the week.

In other words, it’s no way to live your life long term and not a solution to sleep deprivation.

“I’m usually just able to get five hours of sleep per night because I come home from work at around 9:30 and have to stay up doing homework,” he said. “Sleeping so little usually makes me get tired really fast throughout the day, but besides that, I’m not so motivated to change my sleep schedule because of how hectic my life is.”

These students are just a few of many who aren’t getting a necessary amount of sleep.

But what can they do to fix their sleep schedules?

In general, there are some well-researched tips that can help you start.

For starters, don’t spend a lot of time in your bed hoping to fall asleep. Harvard researchers have found that the less time you spend in your bed, the better.

An article in the Harvard Medical Journal recommends going to sleep and setting an alarm to wake up at the same time everyday in order to start building a consistent sleep schedule and helping your circadian rhythm.

Remove all electronic devices from your bedroom. Being exposed to the blue light of a screen before bed time can limit the amount of naturally produced melatonin and make it even harder to sleep.

According to UC Berkeley, certain types of tea can help, too. Herbal Teas such as valerian, chamomile and kava have been shown to be safe sedatives.

Reducing caffeine can also have an important impact on regaining your sleep. According to the National Sleep Foundation, since caffeine is considered a stimulant, using it can block sleep-producing chemicals in the brain and prevent us from getting more sleep. Of course, caffeine in moderation is fine, but using it too much can foster a dependence.

The Alternative HealthWatch Journal reported on a 2016 study which found a correlation between improved sleep quality and using lavender aromatherapy in college-aged students.

Researchers gave study participants a lavender inhaler, which improved their ability to fall asleep and stay asleep over a short period of time.

Essential oils like lavender and other diffusers can be easily found online or at your local health food store.

Melatonin supplements can also be an effective solution to fall asleep and stay asleep.

A 2015 study published in “Kinesiology and Exercise” showed success in improving sleep quality in test subjects that received 6 milligrams of melatonin before bed.

However, be wary. According to the National Center for Complementary and Integrative Help, the long term effects of taking melatonin supplements is unknown and not a recommended solution to sleep deprivation.

While melatonin helps people get to sleep after changing time zones and throwing off their sleep schedules and can be helpful if you suffer from shift work disorder where you work late into the night, its long term effects are still unknown.

If you can’t sleep over a long period of time, you may have chronic insomnia. Try to get to the root cause of the problem rather than self medicate or continue to lose sleep. If you’re struggling to sleep after trying these solutions, the best thing to do is see a doctor who can diagnose you and offer possible solutions like cognitive behavioral therapy to improve sleep habits.