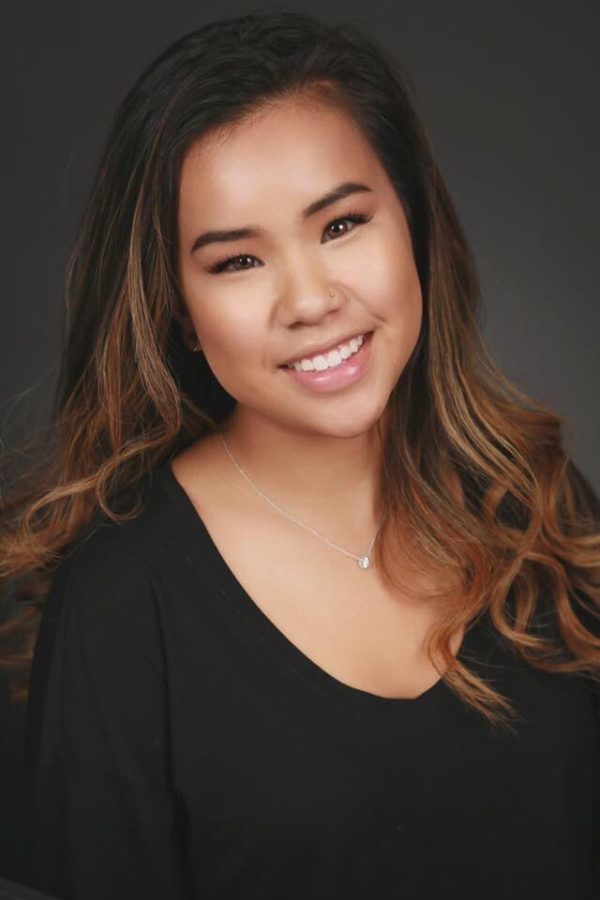 Santa Rosa Junior College sophomore Elita Damron believes she has what it takes to become Miss Sonoma County. She’s personally invested in her platform and is a successful student despite any adversity she’s faced.

The 19-year-old mathematics major was born in China, adopted as a toddler, and has lived in Santa Rosa ever since. Damron has severe mixed bilateral hearing loss, meaning she is hard of hearing and requires the use of hearing aids.

She describes herself as “high functioning for her disability” due to her drive to do crazy things, “like being a math major.” Both of these aspects of her life became the inspiration for her platform of adoption awareness for disabled youth.

Damron believes families who want to adopt should not shy away from adopting a child with disabilities.

“Ninety-eight percent of children in China waiting to be adopted are disabled as well,” Damron said.

“Disabled people can do a lot more than just what their label says, which is that they need people to help them through everything,” Damron said. “I feel like the more people are educated in that, the more that it’s gonna change the worlds perspective on it”

Inspired by her childhood role models, including Jordan Libby, the 2011 Miss Sonoma County, Damron decided to try to become a titleholder herself.

“I think the idea of platforms is a really awesome thing. Just getting out of my comfort zone to have to talk publicly and kind of hold myself better is something I’m not used,” Damron said. “I like challenging myself.”

Her adoptive parents and non-biological sister, who was also adopted from China, are supportive in her choices. Damron plans to stay a math major at SRJC and later Sonoma State University until she finds the right medical school and field to pursue.

It’s hard enough being a working student, but when rehearsals for Miss Sonoma County started in January, Damron’s life got a bit more hectic.

“I haven’t had a free day in who knows how long,” Damron said. “But it’s all worth it ‘cause I’ve made so many new friends. I get to look at a different perspective of life.”

The competition so far has also been great for her self confidence.

“We practice interview and it’s just helped me come out of my shell and be able to talk to people more and to be able to carry myself a lot better,” Damron said.

These challenges are part of why she has chosen to compete this year.

The 73rd Annual Miss Sonoma County competition will take place at 7 p.m. on Saturday at the Spreckels Performing Arts Center in Rohnert Park.