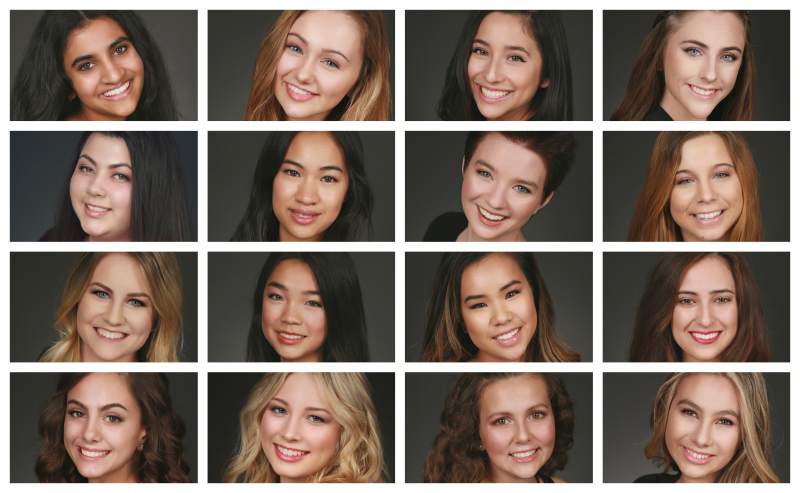 The Miss America and Miss Sonoma County competitions are Scholarship Programs first– and in a decision that has pleased some and disappointed others, they have just gotten rid of their swimsuit contest to make that more clear.

At the national level, the changes came after a 2018 email scandal that forced the former Miss America CEO Sam Haskell to resign. His replacement was Gretchen Carlson, a former Miss America winner and Fox news anchor, who had gained recognition as a voice of the #MeToo movement after publicly accusing Roger Ailes, former head of Fox News, of sexual harassment.

Carlson and the new board quickly revamped the competition. They nixed the swimsuit and evening gown portions in the 2019 show and rebranded themselves as Miss America 2.0. They replaced the focus on size and beauty with a segment of live interviewing that highlighted the women’s goals, skills and passions.

These changes have now been made at all levels. But locally, the change was in the air long before the #MeToo movement kicked off.

“It’s been something we’ve been talking about for years,” said Edy King, local executive director of the Miss Sonoma County Competition. “The swimsuit competition came from the 1920s, to try and keep people in New Jersey after Labor Day! As it evolved, it became apparent that women were being excluded from the program because they weren’t comfortable with a focus on their figures.”

“By all means. Definitely. We have had some incredible young women who have been exceptionally strong in their interviewing skills who have applied this year,” she said.

King and Carlson also want to clear up some of the perceptions that hang over “the Miss” competitions.

“It’s not a pageant, it’s a scholarship program,” King said emphatically. “This idea that we are exploiting women– it just gets me in the gut. We are not a pageant. We are a competition. We want to give these young women confidence and expound on their skills so that they can continue to be a force in their community.”

For former contestant Caitlin Butcher, this is certainly true.

“Miss Sonoma County was the deciding factor for me to continue my education. Without the scholarships I earned throughout my two years of competing, I could not have continued my education,” she said.

The current Miss Sonoma County title holder Tyler-Avery Lewis insists that the program didn’t make her the way she is but instead brought out the best in her.

“I was already naturally confident,” said Avery, “However, I struggled with talking to people of authority because growing up I often felt uncomfortable and unheard by those in power around me. People of color are often silenced from saying how they truly feel and expressing their desires. I made it my mission this year to be frank in all points. I also learned how to be more honest and open with myself. As my year as Miss comes to a close I am confident now in saying what I can and cannot do.”

As a nonprofit organization, Miss Sonoma County relies on community sponsorship and donations. Each young woman who participates in the competition receives at least $250 and in the past the winners received more than $2,000. This year’s winner will receive at least $3,000.

But support for the changes to the competition haven’t been unanimous.

“Personally, I believe a major contributor to [my] self confidence was the swimsuit portion. This part of the competition allows women to show the hard work that they put into their bodies,” Butcher said. For her, it is an opportunity to showcase how you carry yourself.

“Are you ashamed of the body you have, or are you proud of the body God has gifted you with? With so many variations of what encapsulates “womanhood,” there is no one perfect answer.”

For Lindsay Burcina, a current contestant, the change made the competition more appealing. “I’ve been wanting to compete for a while, and because I’m not very confident in my body, when I heard that portion was taken out I figured I actually had a chance of doing well.”

Burcina also wanted to kind of challenge the stereotype. “I wanted to show that bigger girls with tattoos can do stuff like this too,” she said.

“These changes are opening up opportunities for more kinds of women to shine within the Miss America Organization, not just the ‘Pageant Types,’” Cummesky said.

But for King, helping young women flourish has always been the goal.

“We don’t want to change any of these girls. She’s perfect the way she is. We just want to help her expand in her natural abilities.”

“Yes, she may have a great body, but that’s immaterial,” King said, “because she’s got a great mind.”