The life of an SRJC digital media major 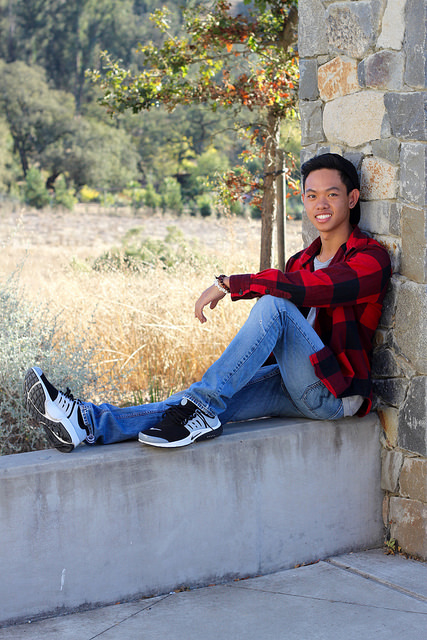 For Kiet Tran, 19, computers and web design were always a subject of interest. Now he finds himself at Santa Rosa Junior College majoring in web and multimedia with a focus on web design.

“I enjoy the Internet community, so I’ve always wanted to pursue a career in it,” Tran said. “I think internet streamers are rising in popularity along with the rise in online gaming. I’m excited to get into the web content courses and see what allows communities like that to run.”

After graduating from Montgomery High School in 2017, Tran made a financially-driven decision to attend SRJC rather than heading immediately to a four-year university.

“SRJC’s prerequisite classes have been a blessing,” Tran said. “I’ve saved a ton of money by taking them here before I transfer.”

When he does transfer, Tran has his sights set high. “I’ve always wanted to get into a higher-tier, notable school like UCLA,” he said.

Though he hasn’t gotten too deep into his web development classes since this is his first semester at the JC, Tran already looks forward to them and what they bring to the table.

“I’m relatively new, so I don’t have a lot of in-depth interaction with my major yet,” he said, “but it demands a lot of creativity and growth, which really caught my attention.”

Despite the amount of time his major demands, Tran has been able to balance his web design classes with his general education classes.

“I actually really enjoy math, it’s cool to see how a calculus problem can explain a real world phenomenon like force or motion,” Tran said.

Tran is the first person in his family to attend college, and he believes a degree will to help him succeed in the long run.

“It’s been a great starting point for me,” he said. “The JC is forming the foundation of my education and hopefully my career will follow.”