From teething to teaching 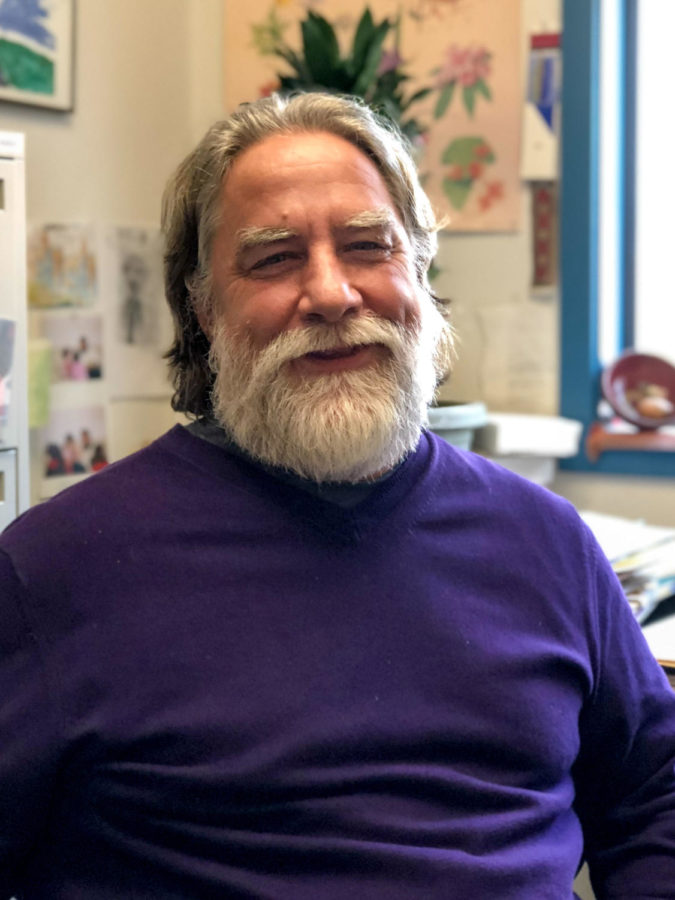 Instructor Paul Mossman in his office.

Like many who have large families, Paul Moosman began taking care of kids at 13, when he became an uncle for the first time. Babysitting started him down a path that led to a career in early childhood education as an instructor at Santa Rosa Junior College.

Moosman attended U.C. Davis after high school and planned to become a scientist of some kind, though he knew he eventually wanted to work with kids.

After working as a playground supervisor at an elementary school, Moosman discovered he loved working with young children and toddlers. He changed his major to mass media and child development.

He spent 10 years working in a child development program in Eugene, Oregon, before heading back to school for a master’s degree. He landed on a profession, educating adults on how to teach kids.

In 1996, Moosman earned his master’s degree in human development and leadership in education from Pacific Oaks College in Pasadena, California.

After teaching for a short time at Pacific Oaks, he returned to the Bay Area for a tenured faculty position at SRJC, one he’s held for the last 21 years.

Moosman is now doing exactly what he always wanted to do. He teaches “Intro to Curriculum,” a critical piece of earning a teaching credential in California and a class called “Child, Family, Community Interrelationships” for the SRJC child development program.

According to the class catalog, the course covers “the diversity of family systems, sociocultural factors affecting the child’s development and the socializing influences of community.” Moosman said he believes socialization is one of the greatest advantages a child can have.

“A child can learn all kinds of things at an early age, but at what cost?” he said.

Children can learn academic skills that qualify them as very smart for their age, but they might sacrifice their interactions with peers, community, families and even nature, something that Moosman and his colleagues in the child development program agree on.

“I love teaching,” Moosman said. “I’m an entertainer. I like being in front of people. I love turning a student on to the world of early childhood, seeing them engage with the material. That’s fun for me.”