Finding purpose and peace on the Pacific Crest 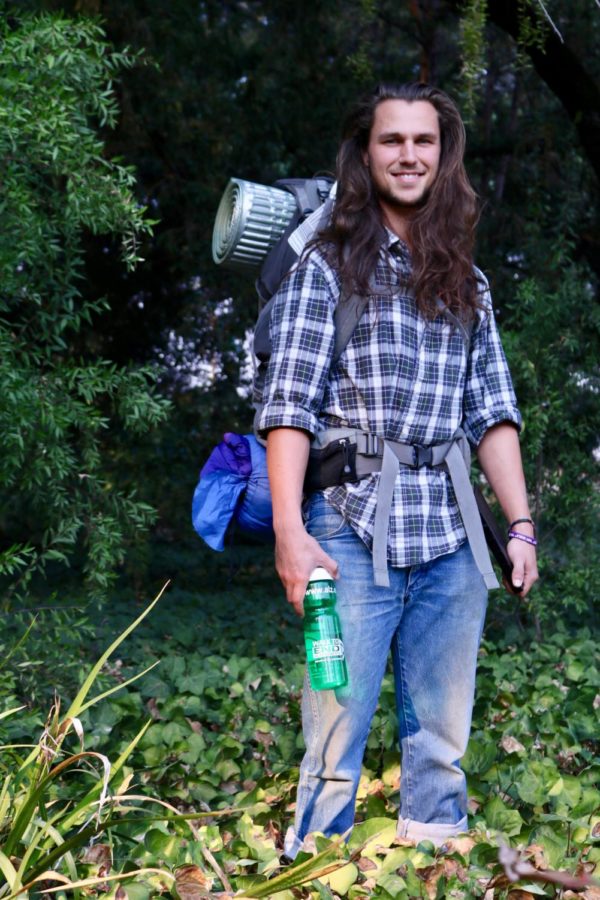 Santa Rosa Junior College student Jacob Beal is all geared up to hike 2,650 miles on the Pacific Crest Trail to raise money for the Alzheimer’s Association and make peace with his mother’s Alzheimer’s diagnosis.

Jacob Beal will wake early along the Mexican border and make his way to the Pacific Crest Trail, staring down 2,650 miles of wilderness linking the trailhead with its final destination at the Canadian border. Completing the trail will take roughly six months hiking 30- to-40-mile days while forgoing creature comforts like a consistent bed and home-cooked meals. But the Santa Rosa Junior College student will take one piece of home along the trek — his mother’s tenacious spirit.

Beal grew up on Park trail Drive in Santa Rosa and spent much of his childhood exploring the woods of Anna del State Park. He found peace in nature, a peace he needed at age 14 when his mother was diagnosed with Alzheimer’s.

“Nature is unadulterated truth,” Beal said. It was where he processed his mother’s disease.

Attempting the thru-hike was not a spontaneous decision; he’s been dreaming about it for years and preparing for months. Long-distance hiking permits became available Nov. 14 and Beal secured one of the only 35 issued per day. If he completes the trek, his name will be added to the Pacific Crest Trail Association’s 2,600-Miler List. It’s an accomplishment less than 7,000 have realized.

His name will also be added to the long list of Alzheimer’s Association supporters. Since securing his permit, Beal turned his trek into an awareness march of sorts, with all proceeds benefiting the organization.

Beal’s friends are impressed with his attempt.

“I don’t think most understand how extreme the disease is and how much ‘caregiver stress’ is put onto the family members,” Alyssa O’Gorman said. “It’s admirable that he is able to take what’s happening to his mom and be able to spread awareness about the effects of Alzheimer’s.”

“Jacob has brought me a much deeper awareness of how Alzheimer’s impacts the family members of the patient. [He has shared] very personal and emotionally vulnerable accounts of what it is like living and spending time with someone,” he said, “and watching them slip away, and how deeply and profoundly that affects the family members outside of what one sees in a caregiver setting.”

Being his mother’s caregiver set Beal on a winding path that will end at the PCT trailhead.

After just one semester at SRJC, Beal dropped out to care for his mother, Becky, who had reached a state that Beal’s father no longer knew how to handle. Alzheimer’s became Beal’s life. He spent mornings as a caregiver for another Alzheimer’s patient and then returned home to care for his mother where he endured “traumatic hospital visits, attacks in the house and terrifying surreal visions that seemed like they couldn’t possibly be real.”

Beal’s experience caring for his mother prompted him to return to school. After years bearing witness to the fragility of a mind debilitated by Alzheimer’s, he chose to major in psychology. But his hands-on experience as a caregiver pushed him towards nursing. He planned to promote alternative medicine in conjunction with Western medicine and improve upon the inadequacies in care he witnessed while in search of a facility for his mother.

But nursing classes were too emotionally triggering, so Beal switched his major to architecture instead.

“I had a really hard time committing to a degree because I felt like a big conditional element of my life was waiting for my mom to die,” he said.

As the youngest of eight, Beal is largely dependent on his siblings for memories of his mother prior to her diagnosis. Stories of her youth allow him to understand the woman she once was.

Becky, it turned out, was unapologetic in the pursuit of herself. Although an extraordinarily talented pianist by the age of 9, she quit against her mother’s wishes. When everyone told her to sit still, look pretty and wait for a husband to provide for her, Becky pursued a master’s degree in business and communications. She made time for solo travel, perhaps recognizing the importance of balance after marrying and rearing eight children.

“My mom really had the mentality of ‘screw what anybody else influences you into doing and just do whatever the hell you want to do,’” he said.

This mentality helped Beal make an important realization: “My mom doesn’t want me to put my life on hold for her sake.”

For a third time, Beal changed his major to natural sciences and will graduate from SRJC in December 2018. Then, four months later, he’ll rise early and take to the trail.

“I just want to live as fully as I can,” he said. “I’ve been working really hard at taking risks, especially being a man and having it be very cursed to be vulnerable. That’s been a big mission of mine — to really allow myself to be as vulnerable as I can with myself, with the people around me and my emotions, and with my passions and desires.”