The Educational Impact on Prison Lives 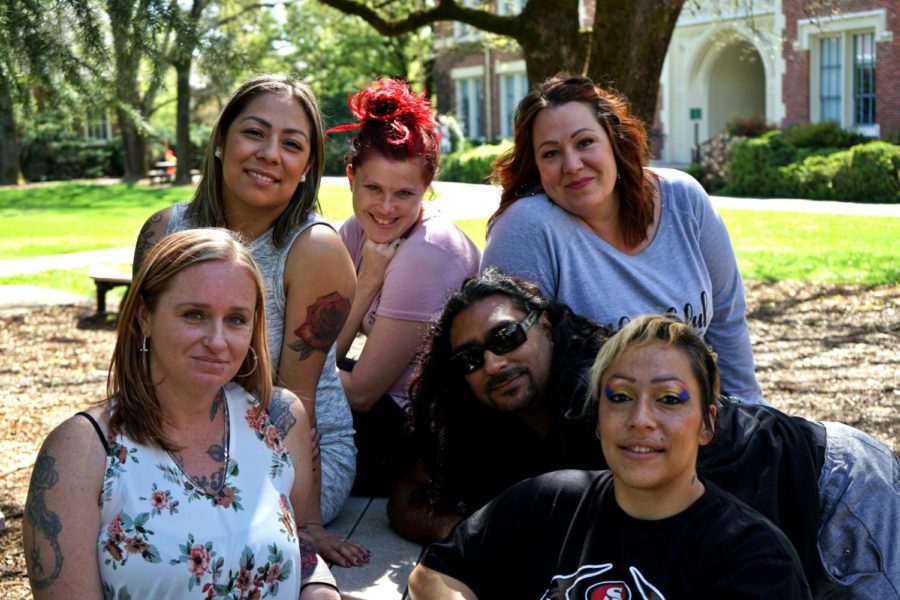 The Second Chance Club’s mission is to provide support and advocacy for formerly incarcerated students trying to turn their lives around through education. The club offers scholarship opportunities, workshops to clear records and a sense of community in a judgement-free zone.

We believe that people have the power to transform, an SRJC advisor told the audience after a powerful film screening of the award-winning documentary “The IF Project” at the Bertolini Student Activity Center on March 28.

The Second Chance Club held the screening, which was followed by a forum panel of speakers at 11 a.m.

The “IF Project” follows inmates of the Washington Department of Corrections as they share stories of experiences through free-writing and video diaries. This work is used to educate communities and to reduce recidivism and the cycle of crime.

About 67 percent of released prisoners are rearrested within three years, The National Institute of Justice reported.

“I had no idea the re-arrest rate was so high,” said SRJC student Sarah Bird. “We have got to do something to change that.”

Research shows prison education reduces recidivism, saves money and improves employment by 43 percent, according to The Department of Justice and Education.

The “IF Project” and the Second Chance Club believe in educational resources and supportive networks as the answers to the formerly incarcerated community.

The Second Chance Club’s mission is to provide support and advocacy for formerly incarcerated students trying to turn their lives around through education. The club offers scholarship opportunities, workshops to clear records and a sense of community in a judgement-free zone.

“My college dream is something I never thought I’d have two and a half years ago,” said SRJC student Angelina Carretero, 36, during the panel. “What a blessing it was to find a club that catered to my population for formerly incarcerated students looking for a way out.”

Carretero is double majoring in human services with a focus on advocacy, alcohol and drug use. Her career goal is to help formerly incarcerated students get in touch with wellness.

“Taking care of my mind, body and spirit has been a personal passion of mine,” she said. “I believe college is a great forum where like-minded individuals can link up, come together and support each other in our endeavors to succeed not only academically, but physically, mentally and spiritually to fulfill a greater good.”

Carretero signed up to run for Vice President of Student Health for fall of 2018. She plans to work as an advocate for student health needs and concerns, as well as to promote similar clubs and other health and wellness resources available to SRJC students.

Student club adviser Rhonda Findling discussed the importance of the Second Chance Club as a safe place for formerly incarcerated students to learn, grow and move on for the better.

“We believe in education not incarceration,” Findling said. “Education is what turns people’s lives around.”

SRJC Student Elizabeth Quiroz said education was the least of her worries as she went through neglect, human trafficking, abuse, multiple arrests, rape and pregnancy in her early childhood and adult years.

Quiroz, 33, was serving time in Sonoma County Jail when she realized something had to change. She wanted to prove everyone who has ever doubted her wrong. Through the Starting Point Program, she received her GED and attended Santa Rosa’s Women’s Recovery Services to learn emotional coping skills.

She attended SRJC, became a member of Second Chance in 2014 and has continued to gain accomplishments. She became club president in 2016 and has played a lead role in connecting the club to conventions and businesses that develop opportunities for members.

“Being here at SRJC molded me into who I am today,” she said. “The Second Chance Club is my family.”

Quiroz currently works at a rehabilitation center as a counselor, is a full-time SRJC student and often speaks to high-risk youth about addiction as a community advocate.

“Whatever you’ve done in the past doesn’t define who you are today,” Quiroz said. “Obviously you’re here for a reason. You are here to do something different.”

Quiroz is pursuing a bachelor’s degree in sociology after she completes three associate degrees from SRJC next year. Her plan is to use her education to continue giving back to the community.

“Everything that we have been through is not for nothing,” Quiroz said. “We are going to use it to help somebody else and empower people.”

The Second Chance Club not only connects students to resources, but to faculty and law enforcement as well, in an effort to build a supportive network.

Veteran Probation Officer Richard Ortiz leads the expungement workshops and hosts discussions with members to speak to schools about addiction to reduce incarceration in teens. Ortiz, a semi-pro boxer,  also facilitates workshops for young people as a form of anger management.

“I never really realized how important it was to have this resource at SRJC,” said SRJC student Randal Anderson. “Watching the documentary and hearing from the Second Chance Club opened my eyes to a community that needs love and support as we all do.”

The next expunge workshop is at 6 p.m. April 11 in the Bertolini Student Activity Center. Pizza will be provided for those who participate. If you are interested in joining the Second Chance Club, please email Rhonda Findling at [email protected]