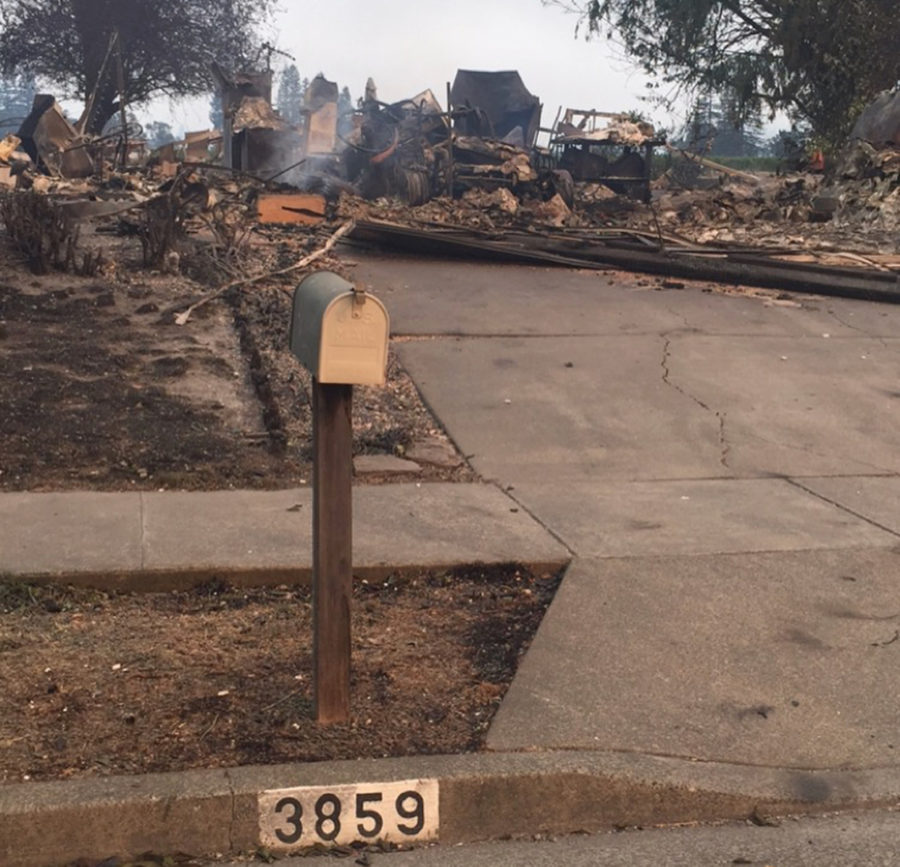 Brittany Barlett stares through her cell phone, almost as if it is invisible. She’s recounting major milestones as her fingers frantically swipe photographs on the screen.

They range from the positive, like the first night she got to hold her newborn daughter. She also recalls exactly what she was doing during the 9/11 terrorist attacks. Contemplating through each depiction, her body language suddenly shifts as she begins to speak, “I remember driving by all my old friend’s houses that were still burning. As soon as I reached Coffey Park, I knew my parent’s house was gone,” Bartlett said.

Santa Rosa’s Tubbs fire destroyed more than 3000 homes, including the Barlett’s. For 26 years James and Mia Barlett lived and raised their two daughters in a single-story house on Crestview Drive. The vacation they took in Hawaii, planned months ahead of the fire, was violently cut short when they received a phone call early Monday morning about the status of their home.

“I remember thinking about the people that mattered most to me, because all the material things are easily replaceable,” said James.

Driving past the skeletal remains of businesses and homes affected by the fire, James “Jimmy” Barlett peers out the window, reflecting about the days following the fire. “The police wouldn’t even let us get near the house for four days,” said James. “It was blocked off to prevent looters. I’m just thankful the fire didn’t take everything from us.”

Prior to Jimmy and Mia’s return from Hawaii, their daughters Brittany and Mandy were the only ones available to sift through the ashes, looking for any items that may have survived.

For a brief period of time the two daughters were able to go in and out of the Coffey Park area while avoiding the police blockade. Twenty-four-year old Mandy pulls a small black pouch out of a box, smiling as she pours the contents into her open hand.

“We dug through some stuff and found these diamonds and stones that belong to my mom. The bands melted, but it is pretty amazing we were able to find them,” she said. 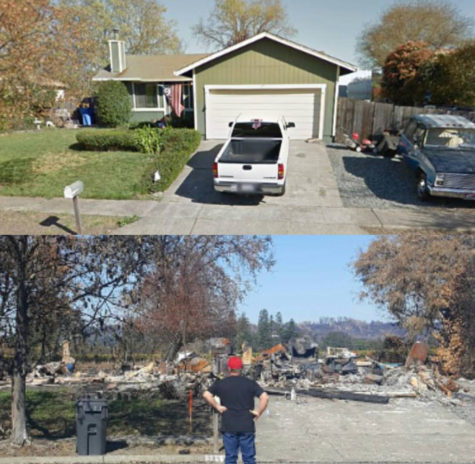 Over the next couple days, family and friends recovered what they could from the house. By some amazing luck, both of Jimmy and Mia’s cars survived. Everyone agrees that because they were moved out of the driveway it ended up keeping them safe from the fire, which was contained to the lots, not the streets.

“I figured keeping them out of the driveway was just easier for my daughters pulling in and out when they came to check up on the house,” Jimmy said. “It looks like I made a really good decision.”

Both the cars did not come away completely unscathed. The formally green 1973 Chevrolet Suburban now sits at Brittany’s house with a brown hue. The 1999 Chrysler 300 sedan is missing its rear window, smashed in an anxious move to drive it out of the still smoldering neighborhood.

In the weeks following the fire, Jimmy and Mia found a new house to rent in Rohnert Park. Their daughters, who were already living at their own places, sheltered their parents before they found it.

Multiple donations came pouring in from a variety of sources including friends, distant family members and the Red Cross. Basic items are filling up their new house and establishing some sense of normalcy. Yet even with time passing there are still stark reminders of the fire.

As Mia runs her new daycare business to help the family’s finances, her granddaughter Paisley plays with other kids and sees toy tools sitting in a basket. She picks them up and comes over to Mia, holding a hammer in her right hand and a screwdriver in her left. The 3-year-old then looks up at Mia and says, “Look Grandma, I can help you fix your old house.”