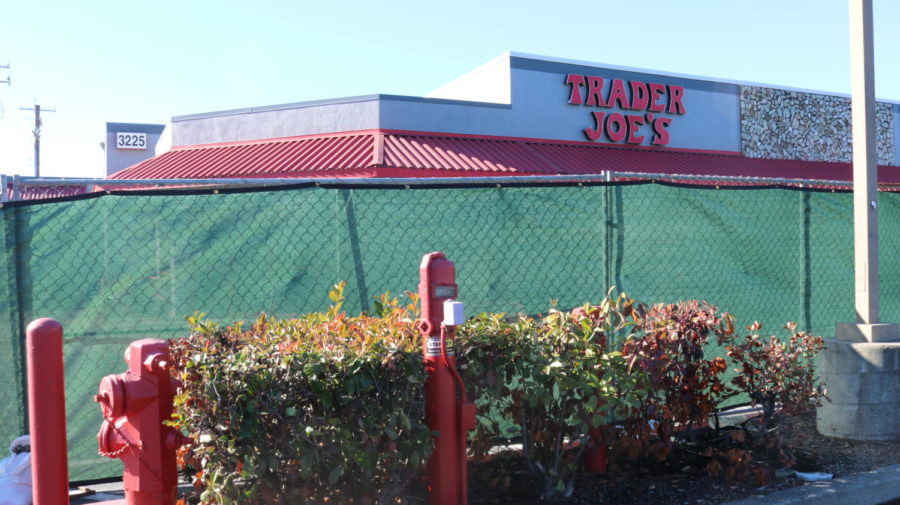 Trader Joe's on Cleveland Avenue will be closed for upwards of eight months.

When the Trader Joe’s on Cleveland Avenue was damaged by the Tubbs Fire and consequently closed, a majority of the store’s employees were transferred to the Santa Rosa Avenue location.

Santa Rosa Junior College student Seamus Reed, 18, was one Cleveland Avenue employee who moved to the Santa Rosa Avenue store, where he works weekends. He said the damaged store will be closed for six to eight months, if weather cooperates, as management takes this time to re-do the store.

Reed is one of many students at SRJC whose work situations were affected during the October wildfires .

For Reed, the transfer to the Trader Joe’s on Santa Rosa Avenue was an easy one.

“The corporate culture in Trader Joe’s is pretty light-hearted, so everybody gets along pretty well,” Reed said. “Nobody’s really butting heads or anything.”

The sudden surplus of employees helped the Santa Rosa Avenue location in preparation for the holiday season. According to Reed, they really needed it.

“Most days, the lines start at the registers and end halfway down the aisles,” Reed said. “It doesn’t get this busy any other time of year.”

Similarly, when the Hopper Avenue Applebee’s restaurant burned to the ground, the company transferred employees to the Applebee’s on Santa Rosa Avenue, where they have helped the restaurant in unexpected ways, said an SRJC student who wishes to remain nameless.

Applebee’s employees were able to choose which restaurant they would relocate to.

Employees were transferred to and from different locations to find the best fit until they were put into the system and schedule. The anonymous student shifted between the Petaluma location and Santa Rosa Avenue until she decided she would stay at the latter.

Not all companies were so accommodating.

Candice Penland, 23, had an office position at a gymnastics center in Rohnert Park. When the fires hit, the center initially put its employees on hiatus because so many families of the company’s clientele were in mandatory evacuation zones.

She didn’t know when she would be allowed to return to work or if that day would ever come.

They basically told us they weren’t sure and would see how it goes in the aftermath of the fire,” Penland said a film major in her fourth year at SRJC. “I was on hiatus, not working any hours, until they updated me this month saying that they might be able to schedule me in January. But it was unconfirmed and not guaranteed.”

“They had been saying they might schedule me a lot over the month so I decided to just end my employment to find another position,” Penland said. “I needed to find a new position that was more stable, because I felt like I was in indefinite limbo.”

Penland is currently searching for a new job.

SRJC has career counselors available, an online job board and a student employment office that list on-campus and off-campus jobs.

“A few weeks ago we had a job fair and we thought a lot of students would come,” Harrison said. “But only 40 or 50 came.”