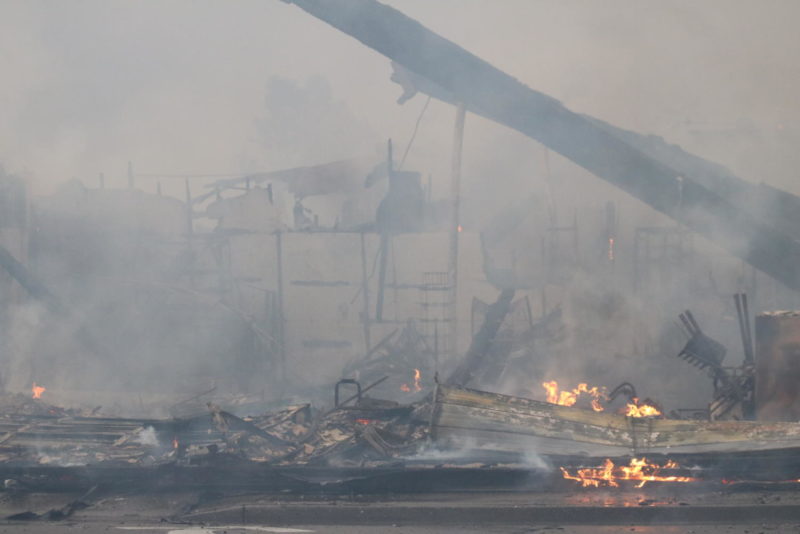 After the wildfires that burned through Sonoma County in October, SRJC Communications Studies instructor Karen Cornwell realized she had to make changes to keep students engaged and moving forward.

For the first few weeks, students were in shock and had “frozen faces,” Cornwell said. It was a hard transition back into the routine of classes, especially for those who had lost homes or loved ones.

Cornwell held what she calls a “hippie circle” in her classes for students to share their fire experiences and current status. “When we got back, I knew I had at least two students in each of my classes who had lost their homes,” she said.

The circle gave her insight into what students were going through and how to better help them.

Cornwell is one of many SRJC faculty members in this position as classes resumed after the two-week interruption. Instructors had to change due dates, remove non-essential class material and adjust to the effects of lost class time.

Despite the support from the SRJC administration with additional resources and comprehensive policies to accommodate those affected by the fires, Cornwell found students were still overwhelmed and didn’t necessarily feel supported.

Students said the resources weren’t always accessible enough to be helpful. “There were too many hoops to jump through for support,” Cornwell said.

Cornwell went out of her way to advocate for students and assist them in getting the help they needed, going as far as paying out-of-pocket for a computer for a student.

SRJC speech instructor Cassandra Schafer also encountered difficulty with getting students back into the swing of things. However, she has started to see improvements in academic performance.

Schafer made a similar observation immediately after the fire, that students were “glossy eyed and distant,” which she attributes to the shock that comes after days of being on the edge and concerned for one’s safety.

She tried to adjust classes to the two-week loss of instruction time. “We lost 12 percent of the semester. Our workload should reflect it.”

Philosophy instructor Alexa Forrester was impressed by how quickly most of her students adapted and were minimally affected in their academics.

Forrester noted that the fire was very difficult for student athletes in particular because game frequencies increased to make up for time lost, prompting student athletes have to choose between getting enough sleep or finishing homework.

Communications Studies instructor Monnet Zubieta has had a harder time with students’ performance since the fire. She has seen attendance plummet and a significant decrease in the amount of assignments turned in.

Zubieta had students who lost their homes, barely made it out alive, or lost loved ones.

2018 is going to be a trying time for many SRJC community members, especially those dealing with the loss of employment or housing.

“It is going to be hard going forward,” Cornwall said, “but if anyone can overcome it, SRJC can.”