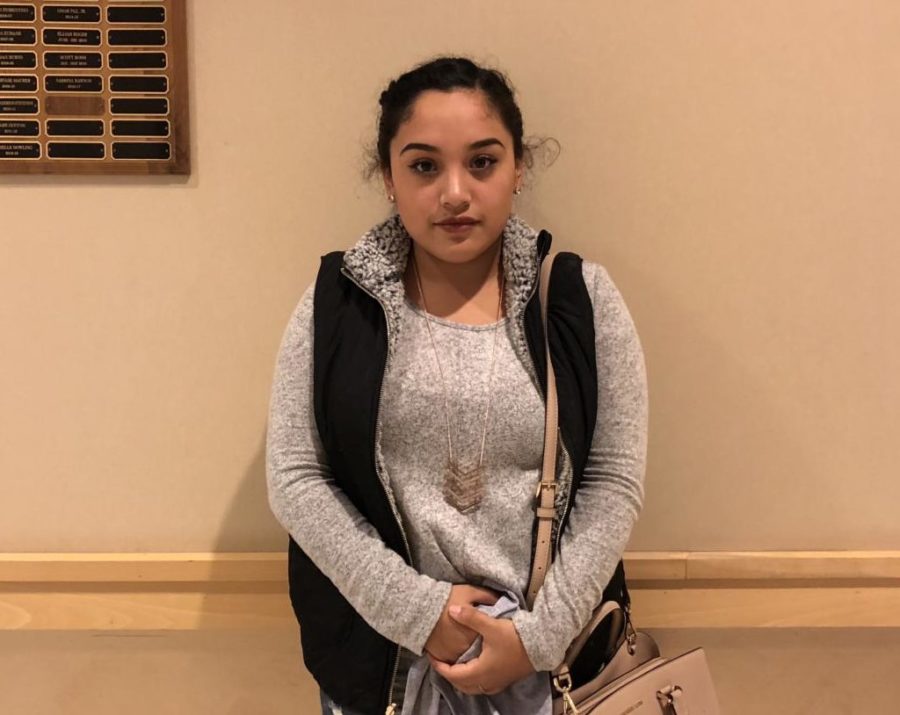 Santa Rosa Junior College student Alex Simms had to flee the Tubbs Fire twice on the night of Oct. 9. Simms’ anxiousness to resume her routine drove her to return to school as soon as possible. PC Rachel Edelstein

A day of celebration turned into a nightmare for a Santa Rosa Junior College communications major.

On Sunday night, Oct. 8, she returned from shopping for her dad’s upcoming birthday on Monday. She wrapped the gifts she bought and put them by her dad’s phone so he would see them when he woke up.

Simms detected the smoke outside and checked online only to find an advisory warning. At that time, the fire was near Safari West, a safe distance from her house. Not thinking much of it, Simms stayed up to work on her college applications.

Around midnight, she woke her parents to tell them she was nervous about the advisory warning. They told her to go to bed because it was far away, so she went back to work on her applications.

Thirty minutes later, a neighbor broke down the front door to her family’s house.

“He was knocking and knocking. When nobody answered, he just broke it down and said, ‘Get out and run,’” Simms said.

Simms grabbed her cat and assisted her parents with loading boxes of photo albums into their cars. She also took her gym bag which was ready with a towel, shampoo and conditioner.

She thought she could collect the rest of her stuff when she returned. She hugged her parents goodbye.

“I didn’t realize there wasn’t going to be a ‘we’re coming back,’” she said.

Simms set out for her ex-boyfriend’s parents’ house off Piner Road on the other side of town.

“I figured I’d be safe over there,” she said.

As she drove down the street, the first house was on fire. Traffic lined the street and people everywhere were evacuating. Simms worried she was stuck. When traffic let up, she stopped for gas and continued on her way.

No more than 10 minutes after she arrived, Hopper Avenue caught on fire. Simms was forced to evacuate for a second time. “Not only did I have to go through this once, I had to go through it again,” Simms said.

She helped her ex-boyfriend’s family evacuate. They were headed to the freeway when Coffey Park caught on fire. Traffic surrounded her. People screamed and yelled for neighbors to evacuate.

Simms turned off of Piner Road onto Coffey Lane to escape the blaze. That’s when the fire started coming down Coffey Lane, as if the flames were chasing her.

The stress crept up on Simms: “My cat was crying and I was emotional. I ended up getting sick in my car. You can’t even imagine. It was like hell was chasing you, coming after you.”

Not only did she have to deal with the separation from her parents, she also had to stay strong for her cat on top of escaping a raging inferno to save their lives.

Later that night she drove to Bodega Bay with her ex-boyfriend. The pair lost all communication with everyone, so they decided to drive to Simms’s godmother’s house in Petaluma.

Simms’s parents and the other evacuated family members arrived at her godmother’s house. Together they sat in front of the TV, watching everything burn.

In the following week, Simms couldn’t eat. The stress upset her stomach. She said, “I had to go get anti-nausea pills from the hospital.”

Simms normally uses natural remedies to help her relax before bed, but she has mostly been relegated to napping.

She is thankful she grabbed her backpack before evacuating her house. It had notebooks and her laptop in it. “I feel lucky to still have school supplies, but I don’t have my textbooks,” she said.

She wants to finish her semester at SRJC because she thinks it will help to restore some normalcy in her life. “I think this is a really good place to start for that,” she said.

Simms hopes at the end of the day, people who still have their homes will climb into bed and enjoy it. “Don’t take anything for granted – the rug that you walk on, the hallway you walk down to get to your bedroom. Once that’s gone, it’s the deepest pain ever,” she said.