Women of the stars 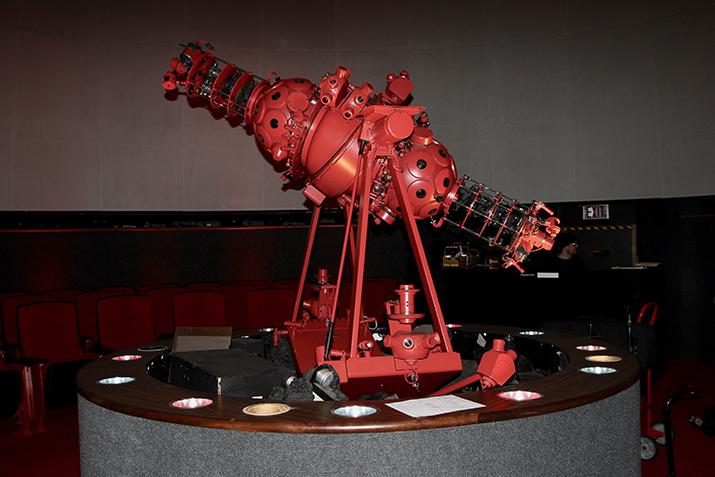 The Santa Rosa Junior College plantetarium uses the Goto model GX-10 Star Projector to reproduce images of the sun, moon, planets and stars onto a 40 foot in diameter dome.

It’s easy to forget that we live on a planet spinning in outer space. A glance into the evening sky reminds us how small we are, and how much we don’t know about the universe.

If you want to learn more about astronomy in an engaging environment, the Santa Rosa Junior College planetarium offers weekly shows eager to take you to the stars.

Built in 1979, the planetarium is one of the largest space science facilities in the California Community College system. The high-tech planetarium comes equipped with a GX-10 star projector that reproduces the night sky onto a 40-foot diameter dome.

It offers unique education opportunities, with several different yearly themes and events. With Women’s History Month, the planetarium is featuring “Women in Astronomy.” These shows run March 10 through the beginning of April.

Planetarium interim director Travis Job says the show celebrates the contribution of women in astronomy from the past to present.

“Historically many of these women have not received the credit they deserve and ‘Women in Astronomy’ pays tribute to their many achievements.”

It features female figures like Hypatia of Alexandria, an astronomer from the 4th century who is regarded as the first female astronomer. Modern day astronomer Debra Fischer, who was the first person to discover a star system with more than one planet orbiting it, is also portrayed in the show.

Besides themed shows, the planetarium offers a free show on the first Friday of every month.

The free show starts at 7 p.m. and Job encourages patrons to get there early as it is first come first served.

Musical guests Jim and Kathy Ocean perform Astonaut Lullabies monthly at the SRJC planetarium. These local musicians have played at the planetarium for over three years.

“It’s so amazing to perform a concert in a planetarium,” Kathy said. “There’s something about the round space that holds all the energy together. The darkness and the roundness of the room enhance everything so the music and the message pierces through your soul.”

“I loved the show, I thought it was great,” he said. “I liked the Folk Celtic influence along with the psychedelic sound. It had that San Francisco 60s feel to it.”

Kathy said the planetarium has been a wonderful gift to her and her husband to develop their program and share with the world.

Astronaut Lullabies’ next planetarium performance is at 3 p.m. April 9.

The planetarium’s final show this semester is “Eclipse” which runs April 14 through the end of May. It prepares people for the solar eclipse that is visible from the continental U.S. in August.

“Here in Sonoma County you won’t be able to see a total solar eclipse,” Job said. “We will get a partial eclipse where a portion of the sun is covered up.”

He said there is a path through the U.S. where a total eclipse is visible: in the Umbra of the shadow.

A total solar eclipse is visible from someplace on Earth approximately once every 18 months.

For more information on the SRJC planetarium, go to https://planetarium.santarosa.edu