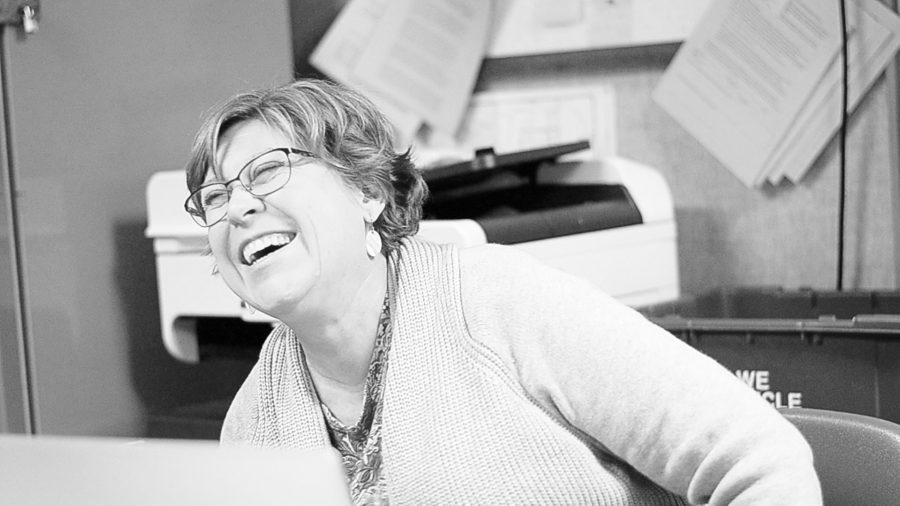 We all start life by leaving home. Whether that is physically leaving our home country, ending a long-term abusive relationship or taking ownership of our own ideas and philosophies, leaving home is a coming of age; it is becoming your own person.

Nobody knows more about this process than Laura Downing-Lee, a theater instructor at Santa Rosa Junior College for the past 17 years.

Growing up, Downing-Lee always had a passion for the arts. At the age of seven she developed a children’s circus with friends.

“I was bossing around all of these older kids, and we did a circus for the whole neighborhood,” she laughed. “I think the director was in me even then.”

In high school Downing-Lee continued to enjoy theater arts. Though she wanted to major in theater, her parents persuaded her to get a degree they thought would be more dependable.

“My parents, out of love, encouraged me not to major in theater, and I thought it was a lack of confidence that I had the ability to. They were communicating worry; I heard we don’t believe in you. So I majored in mass communication,” Downing-Lee said.

She continued with communications and writing for the college paper, but then realized her heart belonged to theater. So she went back to school for a master’s degree in theater from San Francisco State University and a second master’s in directing at the University of Washington.

After graduation she worked in the field, then went to Missouri to teach theater full time. While in the Midwest, she lost her father and had breast cancer. It was an emotional time, she says.

Soon after, there was an opening at SRJC for a full-time theater teacher. Although not originally from Santa Rosa, she said the city immediately felt like home.

“When I got this job it was like coming home to a place you’ve never lived,” Downing-Lee said.

The play “Leaving Home” is an original play based on true life stories of SRJC students and alumni just like Downing-Lee.

The idea began in a meeting during the 2016 spring semester. Leslie McCauley, department chair and artisitc director of theatre arts and fashion, mentioned that several students in the theater program were homeless. Tony Taccone, the artistic director of Berkeley Repertory Theatre and a member of the Theathre Arts and SRT Advisory Board, suggested creating a play using students’ stories.

A few days later Downing-Lee received an email from McCauley asking, “Could we do it?” That weekend Downing-Lee made a proposal about writing the play.

Devin Keetly, a first-year student at SRJC said, “She can be somewhat demanding, but she knows our inner potential, so I think it’s pretty well deserved. She manages to balance all these demands, and stay half-sane, which I highly commend her for. She is the heart and soul of this production.”

Second-year student Julie Schuldt described Downing-Lee as, “fantastical, amazing and a beautiful beast of a woman.”

Leaving home is an interview-based, “collaboratively developed” theater piece, meaning the content of the play was created from real people with real stories. It is a montage of different stories pieced together to make an impactful piece of art.

During the summer, 13 students conducted in-depth interviews with people impacted by the housing crisis, as well as major life events such as losing a family member or being abused. Downing-Lee developed monologues taken word-for-word from the interviews. “The actors themselves studied the footage of real people who were telling their stories and portrayed that person without the benefit of costume or makeup changes,” Downing-Lee said.

The actors tried to keep the play as personal as possible. All of the monologues of the play were taken word for word from actual interviews.

Coleton Wilson, a third-year student, says everyone leaves home somehow, whether literally or metaphorically. This play is an array of people’s stories, everything from living in abusive homes to feeling conflicted after coming home from combat. The playwrights constructed the play so that everyone who watches will feel personally impacted.

The aim of the play is to have the audience leave understanding a little more about themselves.

“What it told to you, you know that’s how most art is, especially theater, a lot of the time. The playwright has a generic message in mind, but the greater specifics of it, is how the audience receives it.”

The actors are trying to bring awareness to difficult and taboo topics and want the audience to absorb that information to treat people better. Once the audience hears someone’s story it’s much easier to become sympathetic.

Schuldt says, “Sometimes we forget that people are people and we just look at them as whatever they are to us. I think this show reminds us that every person has a story in them that will make you cry. Always look past what you see on the surface.”