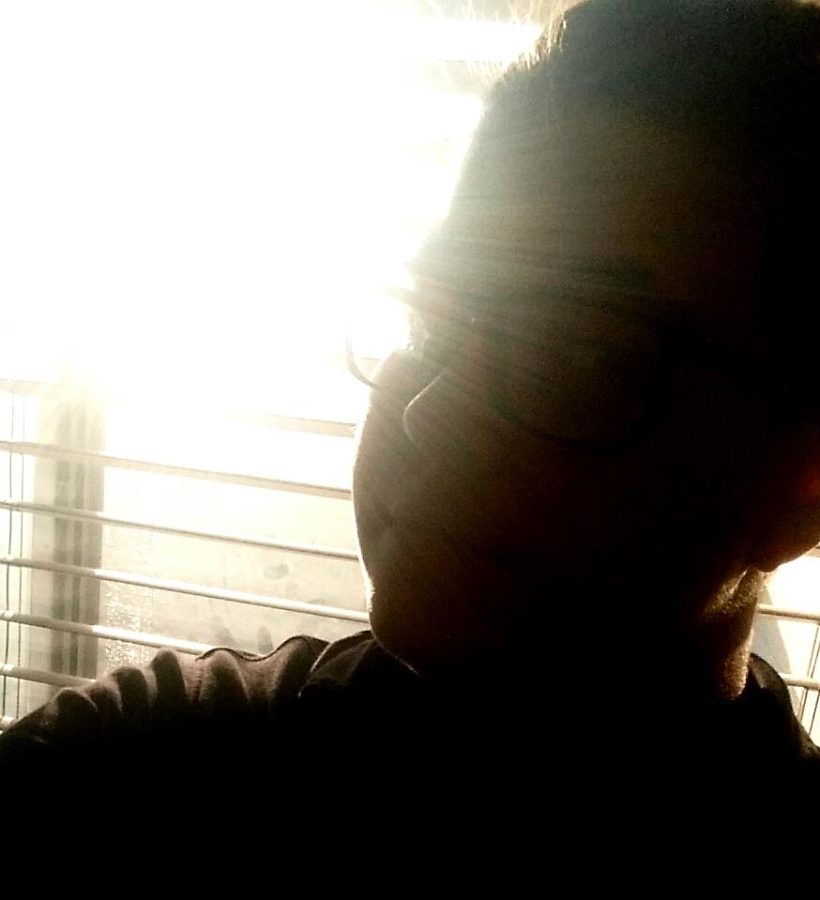 “I need to be who I am so I can be happy before I worry about what other people think,” said Spencer, who wished to remain visually anonymous. “It's not my responsibility to make other people comfortable.”

“You know what? If you’re going to do your own thing, you can do it by yourself,” his mother told him.

Spencer never thought his mother would kick him out. He never thought there was anything he could do to prompt such a strong reaction out of the only parent he had left.

But it was real. Horrifying. And devastatingly real.

It started a chain reaction of endings in his life he wasn’t sure he was prepared for—until they happened.

He lost his home, his school, his job and his world. All because he came to terms with something he’s pretty sure he knew about his whole life.

Spencer is a transman. And, like millions of other trans people, discovering his gender identity came with a host of life-changing problems.

“The first time I was called ‘he,’ it felt right,” he says, speaking of a time before he knew he was trans. “It felt like things were falling into place. Like there was a piece of me that was missing and was now being filled.”

That first ‘he’ was a mistake. Someone looked at his short hair and muscular form, built by years of building sets for Santa Rosa Junior College’s theater program, and made a snap judgment. But, he says, he had been waiting for months for someone to make that kind of mistake.

Now, he’s not so secretive about hoping for someone will call him ‘he’—even when it makes people who know his birth name uncomfortable.

“It makes most [old friends] uncomfortable when people who know [my gender identity] call me ‘he,’” Spencer says, speaking from a year of experience.

Transitioning has been an exhausting experience. So exhausting that Spencer had to make sacrifices in his life to better cope and transition. He no longer lives with his mom. He no longer builds sets. And perhaps most impactful—he no longer attends college.

“My education had to be out on hold,” he explains. “I simply did not have enough energy to learn about myself and about college subjects.”

He hits job listings every day. His passion for theater still burns in his blood, but the newness of his transition remains fresh in his mind. He’s not sure how to present himself to a theater crowd that always seems to be either totally accepting, or the complete opposite.

“I want to sew costumes again. I want to build sets,” he says. “It’s what I feel I’m good at—I just can’t work with people who knew me by my dead name, and I’m still not sure I’m comfortable enough to work with new people. It’s hard.”

Transitioning to fit the gender he identifies with has come with both trials and tribulations. Though he’s lost a lot, he’s aware he could have it much worse.

“I have my girlfriend,” he says. “I have a job. I have a home. You hear so many stories about trans people not having just the basics, and I realize the things I do have mean so much more.”

One in five transgender people in the United States are homeless, and Spencer is grateful to the room he was given once his mother kicked him out. And since then, he’s had other revelations too, ones that he hopes will help him in re-seeking his passion for theater.

“I need to be who I am so I can be happy before I worry about what other people think,” Spencer says. “It’s not my responsibility to make other people comfortable.”

That’s a statement that rings true especially in light of the recent controversy in North Carolina. It weighs heavily on his mind, even across the country, and the idea of people holding that much hate frustrates him. When Target allowed equal use of it’s restrooms, which launched a million-person boycott of Target, his frustrations ran over.

“The people who are trying to boycott are afraid of people who are different from them,” Spencer says, putting into words what so many feel about the boycotters. “They want everyone to fit perfectly into neat boxes and that’s just not how gender identity works.”

Gender identity is obviously a hot button issue in the U.S. right now, with transgender bathroom rights hitting headlines nearly every day. It seems that everyone has an opinion about it, but Spencer thinks it’s time to listen to some actually transgender people for once.

Forty percent of transgender people have attempted suicide. With transgender people who lack support from family and friends, that number climbs to 80 percent. Transphobic people often use that statistic to somehow justify that being transgender is not normal, but Spencer says the statistic instead proves just how extreme the bathroom controversy is.

“We just want to pee,” he says, speaking of the nearly one million transgender people in the U.S. “And the million signers of the (Target) petition—in almost every occasion, I’m sure they’ve shared a bathroom with a transgender person and didn’t even know it.”

There are a lot of politics surrounding transgender rights, from name changes to the bathroom debate, but Spencer just wants to live his life. And to him, that’s where a lot of the think pieces, usually written by cis people about transgender issues, fall flat.

“The more removed you are from a situation,” he says, speaking about the bathroom debate and being transgender, “the more likely you are to be ‘offended’ by something that doesn’t even make sense.”

Marie, his best friend since college and former roommate, agrees.

“I always get asked if I was uncomfortable with him coming out when he was living with me,” she says. “Really, the only uncomfortable thing about it is how many people felt entitled to know details of his personal life that were frankly none of their business.”

“He would hardly be my best friend if I was,” she says. “I think he’s incredibly brave—one of the bravest people I have the privilege of knowing. He inspires me every day.”

Despite all the controversy over transgender rights, and despite his own personal struggles in his journey, Spencer remains positive. He has to. There would be no navigating the world around him if it weren’t for his ability to think positively about the future.

And if you’re cis and thinking about weighing in on the bathroom issue?