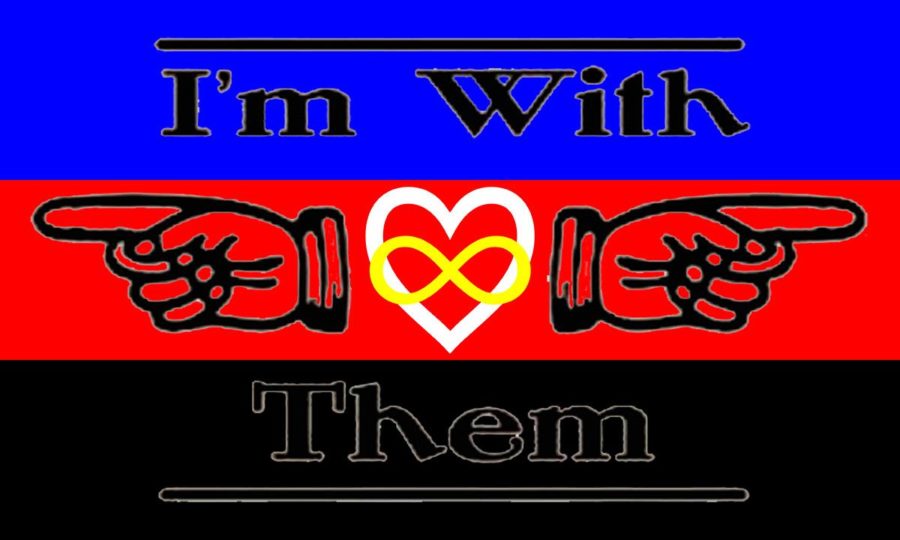 A new relationship form has emerged quite prevalently. While monogamy is a lifestyle choice, so is polyamory.

Healthy relationships aren’t only monogamous relationships. “I’ve been with my partner for over-two-and-a-half years now—we’ve been open for three or four months,” said Nathanial Meadows, 21, of Bodega Bay.

He and his girlfriend spend the majority of the year apart from each other and agreed upon relaxed polyamory, where the two remain together yet see other people sexually.

“I’m not sure that I’d say I’ve changed much as an individual from the experience,” Meadows said. “It’s sort of a fun thing to be able to have casual experiences with other people. I wouldn’t say my life has become earth shatteringly different because of it.”
In a generation wrapped up with technology and fast-paced lives, it’s no wonder that relationships have morphed. With new apps and dating sites emerging every day, it has become easier and easier for young people to meet others for dates, sexual rendezvous and casual connections. What comes along with this new era of dating is the disassembly of monogamy.
The loss of monogamy within our generation isn’t something to be feared. Many young people simply enjoy not having to be bound to one person. Some even relish the ability to be with multiple people at once. Monogamy is fading away and new forms of social and romantic connection are developing within this age group.
Polyamory is a state of being romantically linked with multiple people at the same time with the full consent of each party involved. Polyamory may have come about to avoid the conflict of infidelity. Instead of going behind a partner’s back the open and honest ideas of polyamory avoid betrayal since each partner is completely aware of the other relationships.

“The healthy relationship aspect of it comes more from proper communication with a partner with any relationship; polyamorous or monogamous,” Meadows said.
Within the last decade our society has seen a increase in acceptance of new and alternate sexualities and sexual identities. Monogamy and polyamory are two forms of relationships that anyone can practice. However, sexuality studies by Dr. Kelly Cookson shown many polyamorous people are bisexual. Similar studies have shown that the numbers of polyamorous people in the U.S. are in the millions.

This time period is not the only one to experience divergence from monogamy. The introduction of birth control in the late ‘60s and early ‘70s brought about the sexual revolution, with new forms of contraception.

“The Pill made possible the sexual revolution of the 1960s,” said Nancy Cohen from Counterpoint Press in her article, “How the Sexual Revolution Changed America Forever.” Many young people during this era enjoyed open promiscuity and indulged themselves with multiple partners both sexually and romantically. In the age of love it wasn’t a foreign concept to be with more than one person, yet it wasn’t the dominating form of relationships at the time.
Polyamory isn’t always as easy and pleasurable as it may seem. “Jealousy is a very real part of it, more than can really be planned for,” Meadows said. “In my own personal circumstance, where it isn’t a polyamorous relationship, bumps and hiccups about what the other person is doing can be a real emotional toll.”

Jealously is an obstacle for both polyamorous and monogamous people. “I disagree with polyamory, but I don’t care if others do it,” said Sonoma State University student Monica Kuzmicki, 22. “I have not considered an open relationship. It would open up doors to jealousy and fights. I have benefited from monogamy because I am in a relationship where I know someone only cares for me and I don’t need to worry about them going to their other partner.”

Of the students interviewed who were against polyamory, one claimed people who participate are insatiable and noncommittal and doesn’t agree with the idea of polyamory. “I’ve considered open relationships, at the end of the day if I am not enough to satisfy someone’s needs and wishes as far as an ideal partner, then what am I doing in this relationship?” said Corell Masters, 19, of Santa Rosa.

Masters said the reason she doesn’t agree is because someone is always left out in these types of relationships and one person is bound to feel inferior.

“I believe that when you have sex with someone, it’s like giving that person a part of you,” she said. “I have experienced infidelity while in a monogamous relationship and it broke my heart, but I still wouldn’t think polyamory is the way to go.”

For others, polyamory has brought a new sense of freedom and has allowed for a release from the possessiveness that may appear in monogamous relationships. “The force that helped me decide was that I don’t generally get jealous of my partners,” said SRJC student Lou Doan, 17.

However, everything has a downside. “Difficulties mostly include a small amount of jealousy on some partner’s parts and time management,” Doan said.
It appears there has been a gentle rise in one night stands and hookups. These interactions tend to be quick and little information about each person involved is communicated. Disclosing one’s sexual health status can be an awkward discussion to have during the heat of the moment and people don’t impart that information before a sexual act either.

While most people don’t carry around copies of their STI and STD test results, “Proof would be a lot more reassuring,” Conover said.

Dr. Elisabeth Sheff, a polyamorist expert, reports that polyamorous people have fewer STIs and are less likely to infect others than people in monogamous relationships who end up cheating. Polyamorous people are also more likely to communicate their sexual health status, use condoms, and get tested more frequently.