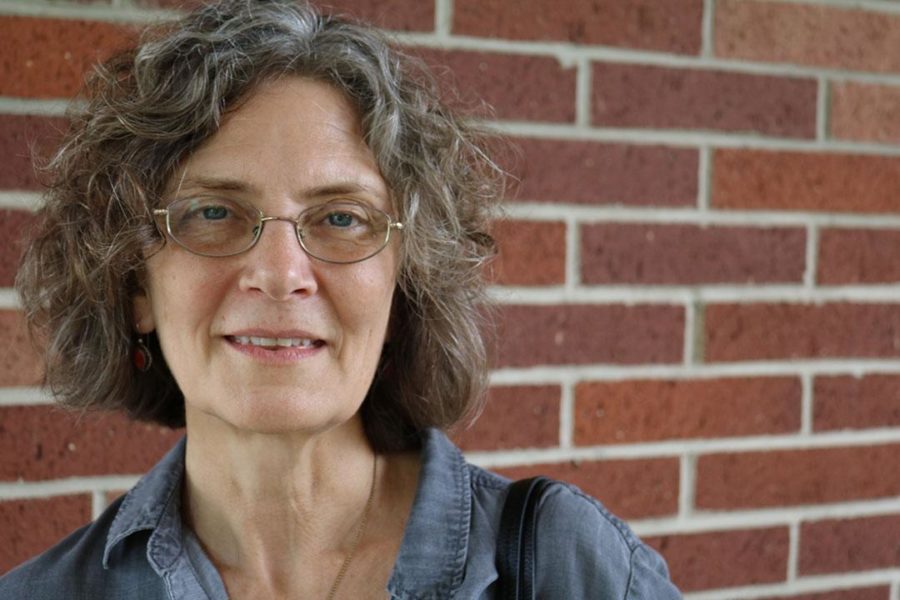 RJC English instructor Jean Hegland writes books in her spare time and shares her passion for witing with her students.

It took five years for Santa Rosa Junior College English instructor Jean Hegland to write her novel “Into the Forest,” several more years for the novel to be published and 19 years for it to make it to the big screen.

Thanks to “Juno” movie star Ellen Page, Hegland’s “Into the Forest” was turned into a major motion picture and debuts in the United States later this year.

Hegland has been teaching English at SRJC since 1984 and is the author of three other novels: “Windfalls,” “The Life Within” and “Still Time.”

After overcoming much adversity, Hegland’s novel “Into the Forest” was published in 1996 and—nearly two decades later—made its way to the big screen Sept. 15, 2015 at the Toronto International Film Festival.

DirecTV has distribution rights to the film, which will premiere on the service before its release in theaters. “Into the Forest” was also part of the TIFF’s annual top 10 Canadian films in 2015.

Patricia Rozema directed and wrote the screenplay adaptation of “Into the Forest.” Set in the near-future, the film tells the story of two sisters, played by Page and Evan Rachel Wood, living alone in their Northern California forest home. They’re forced to live off the land after the entire continent loses power. The sisters struggle to survive while protecting themselves from intruders, disease and starvation in this apocalyptic drama.

With her recent success, Hegland discussed what influences her book, seeing her film on the big screen for the first time and teaching at SRJC.

Q. What adversity did you face to have “Into the Forest” published?

A. It was rejected by every agent I sent it to, and by two dozen other small presses before it found a home at Calyx Books. Not long after Calyx published it, it was “discovered” by the New York publishing houses, and republished with Bantam.

Q. What was most shocking?

A. Getting a hard copy of my book in another language; knowing I wrote it, but can’t read it.

Q. Do you like how your book was formed into a film?

A.  I saw it one time when it premiered at the Toronto Film Festival. It was an overwhelming experience. It was a gripping movie; the acting was really good, and the cinematography was really good.

Q. Do you think once the movie is released in the United States, it will impact book sales?

A. I hope so! I’d like to think it will help to bring at least a little attention to my other books too, especially my new novel, “Still Time.”

Q. Who had the biggest influence on your book?

A. I am influenced by everything I read. I was reading books by Gary Snyder, Wendell Berry and Barry Lopez, nature writers from the 1990s. Also feminist theorist Rianne Eisler.

Q. Who had the biggest influence on the book being turned into a film?

A. Page had a friend who was a bookstore owner. He gave her my book and told her it was really good and she should read it. She loved it, and she thought it should be turned into a movie.

Q. Does having your book turned into a film have any impact on the way you write books now?

A.  No. Writing is still hard as ever. It never gets easier.

Q.  What do you enjoy most about teaching English?

A. I love sharing passion for books and writing, and I love junior college students. They’re wonderful human beings.

Q. You said having an English degree is kind of like being in a karate stance. How do you feel they are similar?

A. I don’t really know enough about karate to elaborate on that analogy very effectively, but it’s my understanding that from certain stances, it’s possible to move very quickly and smoothly into a number of other positions. To me, that seems similar to the way that having a degree in English can enable someone to quickly become skillful in many other fields.

Q. What advice would you give to a student who is trying to write a novel or be published?

A.  Don’t give up. It takes a great deal more than you think, but if you put the time in it will pay off. Read books, and have faith in the process.