Al Maggini: A century of success 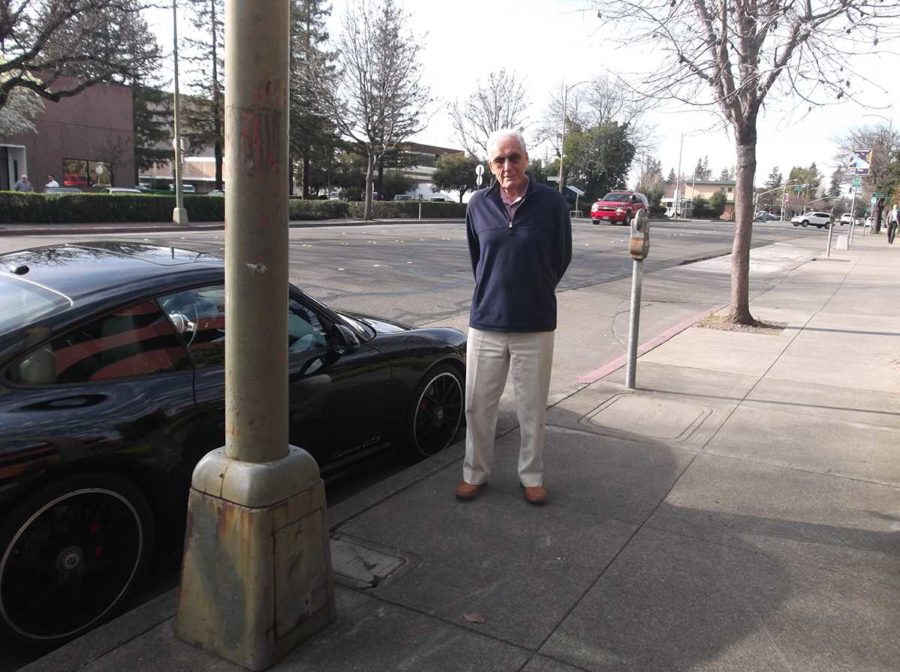 On Sept. 5, 2015 Al Maggini celebrated 100 years of life; 36 of which were spent serving on the Santa Rosa Junior College board of trustees.

Al Maggini roars up in his shiny ink-black Porsche, 15 minutes early. He’s got places to go and he wants the journey to be fun.

Stick-to-it-ive-ness is his middle name. Sixty-five years as an industrious stockbroker. Sixty-three years happily married to his beloved Helen. Thirty-five World War II bombing missions as a B-17 Navigator. Fifty years dwelling in the Sonoma Valley adobe home he built. Thirty-six years serving on the Santa Rosa Junior College board of trustees. Sixty-one fruitful years on the Santa Rosa Memorial Hospital Board. A longterm supporter of the Hanna Boys Center. A lifelong philanthropist.

Well-known and warmly welcome in the Merrill Lynch Santa Rosa office that he opened in 1978, the now-retired Maggini greets every passing employee by name and with genuine friendliness, the same respect he shows to significant donors.

Born in 1915, three years before SRJC’s founding, he grew up in San Francisco and graduated from St. Ignatius in 1933.

In 1937, Maggini entered Mitchum, Jones and Templeton security investment company in San Francisco. His beginning salary was $65 a month. By 1967, he was a director of MJT.

He remembers his Helen: “This woman had class. When she walked into a room, people noticed. The ladies admired her dresses and asked where she got her hair done.” He makes the snappy comment, “She had class with a K, baby!”

But, it was the early 1940s. “And then, war was declared.,” he says. Maggini joined the Army Air Corps, where he served in the Eighth Air Force as an aerial navigator on B-17 bombers. “My instruments were right up in the nose near the pilot and the bombardier. The four-engine bomber took an awful beating and it still came home,” he says.

Maggini did indeed come home to Helen in San Francisco, where he worked on building his stockbroker career.

Then, in 1965, SRJC trustee Al Garcia made a proposal that brought Maggini north to Sonoma County. “We’re putting a course together at SRJC for soldiers returning from the European theater who want to learn to fly,” Garcia said. So, Maggini taught ground school at night.

Randolph Newman, SRJC’s second president, suggested that Maggini teach a basic finance class addressing issues like how to choose a stockbroker. He taught this night class for 11 years.

He was then called upon to serve on the SRJC board of trustees. The humble Maggini said, “You don’t know what you’re getting. Why choose me?” The simple answer: “Because you have enthusiasm.”

Current SRJC trustee Richard Call remembers: “An Al saying whenever a tough decision was to be made by the trustees was ‘Is it good for the students?’ Those six words would often bring us to a decision.”

SRJC President Dr. Frank Chong says, “Al Maggini is a living treasure, an amazing centurion. He has the body of a 60-year-old, the mind of a 40-year-old, and the wisdom of a 1,000-year-old.”

After 36 years of vigorous service to SRJC, Maggini was honored by having a building named after him. Maggini Hall, the only three-story structure on the Santa Rosa campus, was completed in April 1990. Its architect was Michael Palmer and its cost was $5 million.

Maggini Hall stands tall and splendid on campus. College employees have spotted the tall and handsome Al Maggini on the SRJC track, jogging when he was in his mid-80s. “They gave me the key to the weight room,” he shrugs.

He enjoyed skiing during the 22 years he and Helen owned a place in Squaw Valley. “And, at one time, I played pretty good businessman’s golf,” he says.

He and Helen spent many seasons at the opera. Italian opera is his favorite, and Venice “of course” is his favorite city. Why? “Amore!” he answers, eyes sparkling.

Today, he maneuvers his black Porsche Carrera GTS. “That thing can fly! It has 400 horses. It is fun to drive, especially on a curvy road,” he says.

For more than a quarter of a century, he has dedicated time, energy and expertise to raising money for Santa Rosa Memorial Hospital. He has endowed the Al and Helen Maggini Legacy Society to give money to those in need, especially poor children.

Al Maggini is generous in every sense of the word. He has earned those Porsche keys. Alert and grinning, may he vroom-vroom around many a Sonoma County road.