To Qatar and back: An SRJC student’s enlightening experience in the Middle East 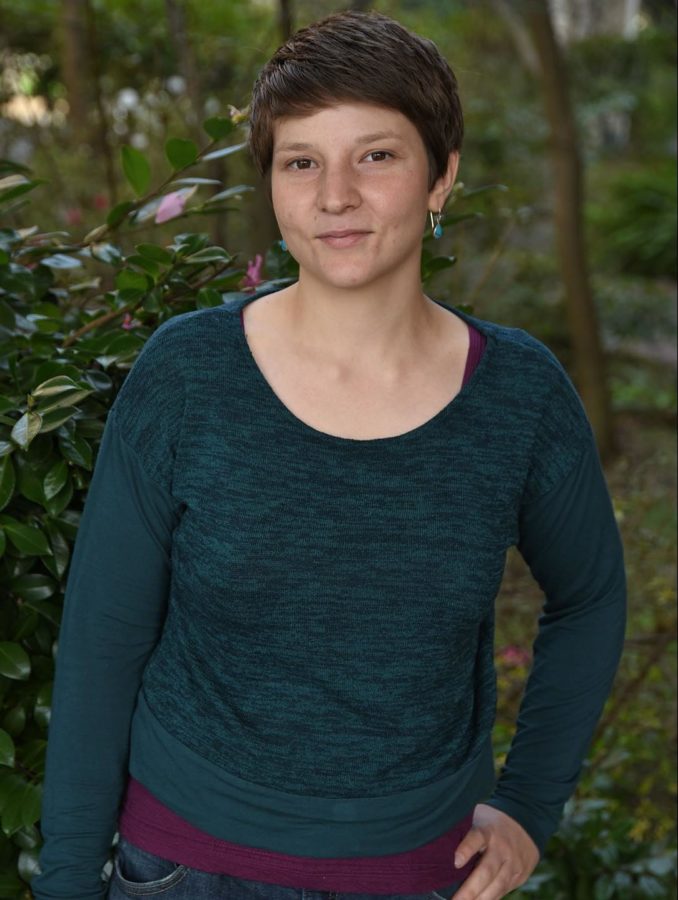 Taylor Fatherree, president of the Model Arab League, describes her trip to Qatar as a whirlwind, as she had the opportunity to absorb the country’s culture and customs.

Qatar isn’t typically on most students’ top vacation destination lists, but for Santa Rosa Junior College student Taylor Fatherree, who stayed in the country from Nov. 27 to Dec. 5, it was an exciting and enlightening experience.

Fatherree was one of 10 students and five faculty members selected nationwide to travel to Qatar through a Model Arab League study program sponsored by the National Council of U.S.-Arab Relations (NCUSAR).

Qatar is the richest country in the world, mostly because of its supply of liquid natural gas, according to the International Monetary Fund.

Fatherree had little expectations before going to Qatar. She didn’t know much about the country and tried to go in with an open mind. “As a student of the Middle East, I really wanted to spend some time there and see what they had to offer,” she said.

Fatherree’s level of clearance surprised her. She was able to meet with powerful groups like the World Cup committee and the foreign ministry. She even got a first-hand look at how Qatar has become the richest country in the world when the group went to see Ras Laffan Industrial City, a huge liquid natural gas facility.

Fatherree learned the government is involved with almost every aspect of the country. Everywhere she went there would be government officials or government involvement of some kind. The Qatar Foundation, which runs Education City, a program that has branches in American universities such as Texas A&M and Georgetown in Qatar, is supposed to run as a non-profit, but according to Fatherree, is controlled by the government.

Qatar is more than 80 percent emigrant workers who mostly come from India, Pakistan and Bangladesh.

Her main concern when meeting these groups was the conditions for migrant workers, which she brought up with every committee, group or government official she met. “I don’t think this is something that can be tiptoed around,” Fatherree said.

When asked about the estimated thousands who would die from building stadiums and other things needed for the World Cup, all Fatherree could say was the World Cup committee said it’s not happening.

Although Qatar made some steps to improve, “It has not been sufficient and [the government] doesn’t have the teeth to to get it done,” she said. The international media has scrutinized Qatar after the country suffered numerous human rights violations.

Fatherree noticed there is a great juxtaposition throughout the country socially, economically and environmentally. “It makes for quite the study in contrast,” Fatherree said.

Although she has her concerns, Fatherree believes the country has a lot going for it right now. It developed a strong unity expressed through a plan called National Vision 2030, which focuses the country’s economic, environmental and social goals as one combined effort. Every group the students and faculty met throughout the trip spoke about how they are putting themselves in line for that improvement for the country.

Fatherree believes the World Cup will be a symbol for the country’s future and its past. “[It] intertwines both their ambition for the country and the plight of the migrant workers,” she said.

According to Fatherree, when you see the country like she and the other students and faculty did, you see what Qatar’s government wants to be seen. “I think the same would be true of people coming to the U.S.,” she said.

After completing her trip, Fatherree takes part in the NCUSAR fellowship program for one year, which involves sharing details of her trip to Qatar and getting people to think about the Middle East. She has already presented her trip to the Model Arab League at SRJC. “They treated her like an investment…having her there can change [people’s] perspective,” said Estefany Chavez, a member of the SRJC Model Arab League.

The program was started because a lot of people from the Gulf States travel to America, but not the other way around. Hearing personal experiences from Americans who have visited Middle-Eastern countries can alleviate misunderstanding and misperceptions.

Fatherree was always interested in peace as a subject, so when she returned to school in 2014, it became clear to her the Middle East would be something she wanted to focus on, especially after taking Eric Bruce’s history of the modern Middle East class at SRJC.

The Model Arab League wasn’t officially a club at SRJC when she started it the previous year, but became official in the fall semester of 2015.

Fatherree is majoring in social and behavior sciences and humanities and looks to transfer to UC Berkeley to major in peace and conflict studies as well as Middle-Eastern studies.

To get involved with the Model Arab League, contact Taylor Fatherree at [email protected]