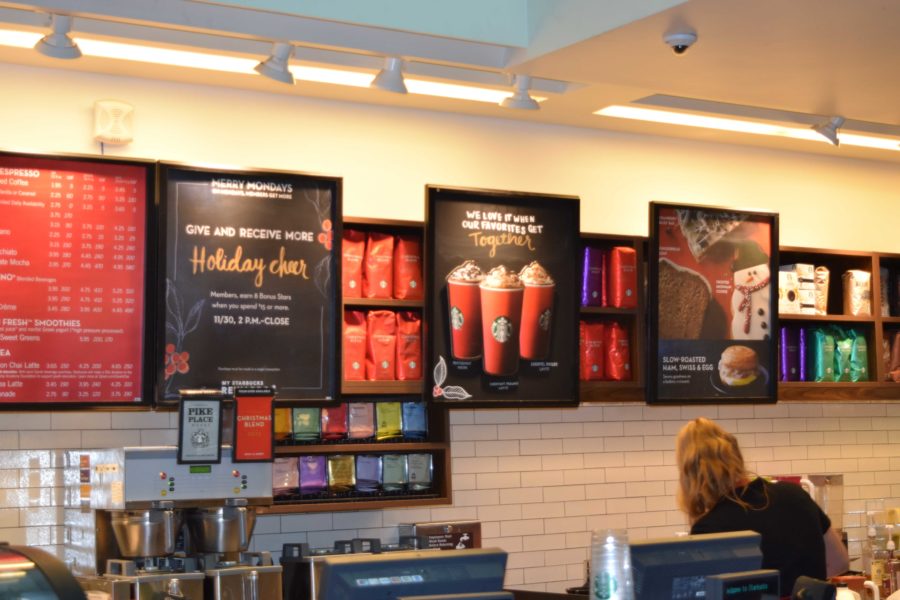 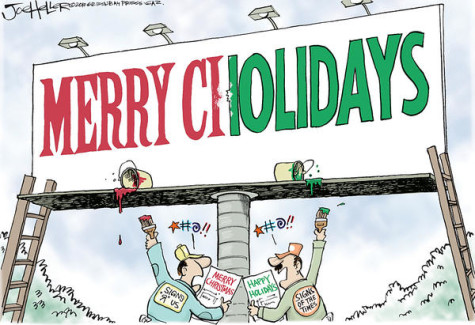 Since when did sharing ‘Season’s Greetings’ require a diplomat’s public speaking skills? When did ‘Christmas’ become a four-letter word? And when did a red coffee cup become a “declaration of war” against Christmas?

Many Americans are switching to ‘politically correct’ holiday greetings and forms of advertising to avoid offending peoples of different beliefs; however this often involves renouncing Christmas traditions entirely, which offends other groups of people.

Take the recent revamping of Starbucks’ holiday cups; in an effort to be more inclusive of customers’ large variety of beliefs, the company exchanged traditional Christmas designs for a simple red cup. Some Americans took the lack of the most secular Christmas icons (i.e., ornaments and reindeer) on the cups as a slight and the country went berserk.

“An innocent design decision that exchanged snowflakes for a festive red cup this year turned out to be a PR home run for Starbucks,” said Santa Rosa Junior College marketing professor Roy Gattinella. “The amount of media coverage for Starbucks that surrounded this unintended publicity event would have cost the coffee giant about $50 million in advertising. Instead, they got worldwide attention for free.”

“It varies according to whom I’m with,” said political science instructor Robert Proctor. “If I have a Jewish student, I should wish them a Happy Hanukkah.” Whereas if Proctor addressed a classroom full of students, he would say, “Happy Holidays” because of the diversity of his students’ beliefs.

“For me, this practice is not about being ‘politically correct,’” she said. “I detest this term.  Being aware of differences and not assuming my way is the ‘right way’ are about being sensitive and courteous. I try to treat others the way I would like to be treated.”

At what point does attempting to appease everyone violate our right to free speech? Both Gattinella and Proctor said “never.”

Proctor explained how along with free speech people must remember to have good manners as well as empathy for those who have different views than our own.

“For every person interviewed on Fox News about being offended, there are millions waiting in line to see the new, enormously irreverent Seth Rogan film, The Night Before,” Gattinella said. “The world changes, our culture evolves, but free speech is here to stay.”

“I think there is nothing wrong with the words ‘Merry Christmas,’” said Credo High School’s social studies teacher Robert Harrington. “When I lived in the Islamic world from 1995 to 1997, people often greeted each other with Arabic blessings. Being a non-Muslim visitor in their country, should I have been offended? Well, I wasn’t. On the contrary, I learned how to greet people in Arabic and was happy to do so; it was, after all, a gesture of respect on my part towards both their religion and their culture.”

He explained how Christmas is a worthy component of European and North American culture that connects us with a mostly shared heritage.

“There’s nothing wrong with referring to Christmas, or to Jesus Christ in public settings for that matter,” Harrington said.

To investigate further, a group of 40 people ages 17-70 from around the country were asked if they were personally offended when someone wished them a Merry Christmas, Happy Hanukkah, Joyous Kwanza or any benediction from a holiday they don’t celebrate. One-hundred percent of the people surveyed answered no. Many of them added that they appreciated people sharing their beliefs with them through holiday wishes. Others said they don’t appreciate how businesses cater mainly toward Christmas and disregard other winter holidays.

Exchanging seasons greetings is one way to share our culture and heritage, not only with our local community, but with our world community.

Keep in mind the next time someone wishes you a “Happy Holidays,” “Merry Christmas,” “Joyous Kwanza,” or a “Happy Hanukkah,” they are most likely showing you kindness. And remember that your coffee cup doesn’t have to agree with you spiritually.