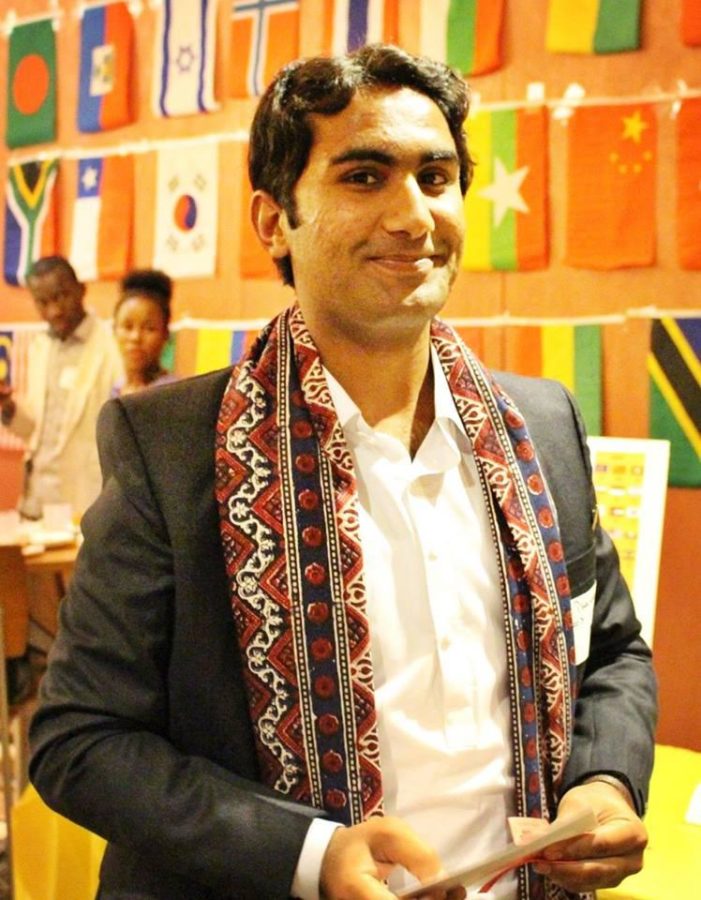 Ahsan Ali Thaheem has only been in the United States for four months, but has learned a lot in that time.

He learned Americans are friendly, welcoming people who are open to diversity, especially in the Santa Rosa area.

Thaheem, as he is known around his American friends, is one of 15 international students on a scholarship from the Community College Initiative Program. At the program’s end, he will receive a certificate in business from Santa Rosa Junior College. He is one of five students from Pakistan.

In Pakistan, Thaheem received his bachelor’s degree and MBA in business administration.

Since his arrival in the U.S. in July, Thaheem’s eyes have opened to discrimination, the American educational system, women’s rights and the difference in culture, religion and ethics.

He wanted to come to America to learn more about non-profits and entrepreneurship, and expand his knowledge about business administration. He heard about great entrepreneurship opportunities in the U.S. and dreamed to witness it for himself.

The education system and courses were harder in Pakistan, he said. Although he has learned a lot from his classes so far, he has been somewhat surprised and disappointed. He expected to be more academically challenged in his studies, but so far, he has not felt that. At times he is frustrated that professors do not lecture based on the book students bought for the class.

Thaheem sees himself growing more outside the classroom through observation. He noticed that genders intermix more, from conversations to physical contact. This includes men and women making eye contact with each other and giving each other friendly hugs. Seeing these experiences gives him hope that when he returns to Pakistan, he will be able to start a non-profit for women and help them in the powers of his religion of Islam.

Prior to arriving in San Francisco, Thaheem was delayed going through immigration in Washington D.C. Newly arrived in America, he went to the information desk to ask for help on how to get to his connecting flight. “They ignored us and started to re-check three people [other CCIP students] because we were from Pakistan,” he said. All four of the Pakistani guys were sent to the re-check point. Thaheem was checked three times through immigration. It was his only negative experience since his arrival.

Since landing in Santa Rosa, experiences have been positive. “The days have been very wonderful,” he said.

Yet there have been some confusing times. He grew up learning British English, so some words are different. As a result, he sometimes struggles to get others to understand him, but has slowly overcome the language differences. “Speaking is different, accent is different,” he said, in comparing American to British English.

The rest of his transition to living in the U.S. has been smooth. Naturally he expected to experience some culture adjustment. At the beginning, when Thaheem entered a grocery store with his other Pakistani friends, they calculated everything in their head from their currency back in their home country to U.S. dollars. At first they thought everything was expensive but then remembered they were living in America. Now buying an item does not seem so expensive.

With Thaheem’s short time in the U.S., he has gained a wealth of knowledge, from learning in the classroom to absorbing the surrounding culture, and still has several months left to take in more, before he returns to Pakistan and puts it all to good use.