Contraception misconceptions: Is your method effective? 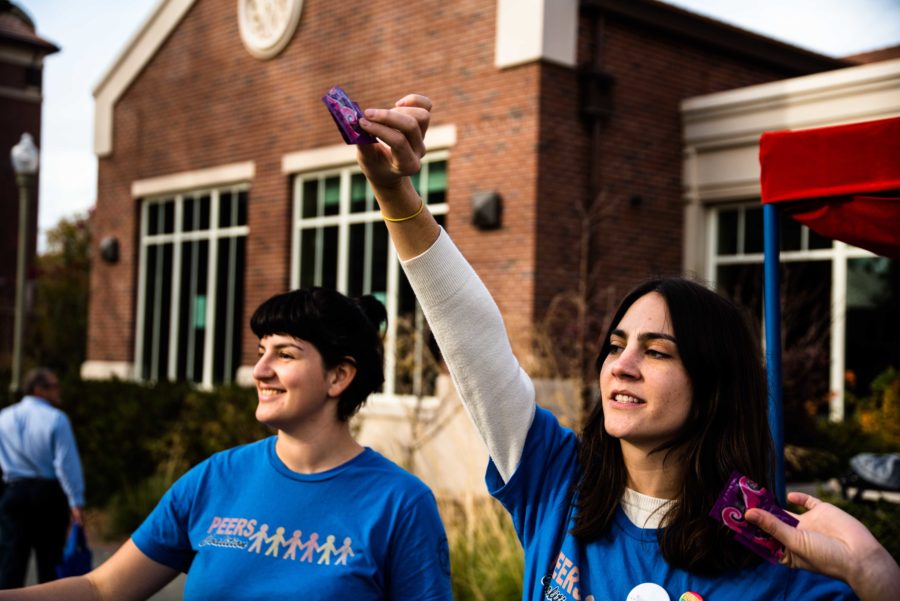 Remembering to take a pill every day wasn’t easy for Santa Rosa Junior College biology major Jeannie LeGallee. The 21-year-old tried taking oral contraceptives as a form of birth control but found she would often forget to take them.

“I’m really bad at remembering and procrastinate things. An alarm would go off, and I’d say I’d get to it in two minutes and then forget,” LeGallee said.

Oral contraceptives didn’t work for her, so she sought out a new form of birth control because she isn’t ready to become a mother.

“I’m definitely focusing on studies and trying to improve my life situation rather than have a child and try to deal with that,” LeGallee said.

After talking with her doctor, LeGallee chose to switch to an arm implant. She found the risks and side effects comparable to those of the pill and shot methods. She said the arm implant is best for her because it allows her not to worry about taking a pill every day.

“I scheduled it and it took less than 15 minutes. It was honestly longer to wait in the waiting room than to get it done,” she said. “They cleaned the area and then did a numbing thing so you couldn’t feel it.”

LeGallee is one of the 62 percent of American women age 15 to 44 who currently use some form of contraception, according to Robert Hatcher’s text “Managing Contraception.”  In his work, Hatcher said each night 700,000 to one million women in the U.S. have unprotected sex and do not want to become pregnant.

Condoms are available over the counter at drug stores, grocery stores and mass chains like Target. Clinics provide vaginal rings or female condoms. A trip to the doctor’s office can provide an IUD or oral contraceptives.

With an overabundance of birth control methods available, reproductive health texts and instructor Dr. J. Davis Mannino provide insight on the effectiveness and risks of several contraceptives; and in-depth interviews show what students are actually using.

There are four major contraception approaches with various methods in each.

Barrier methods include condoms, diaphragms, sponges and cervical caps, which act as physical barriers preventing sperm from uniting with the egg.

Hormonal methods include “the pill,” Intrauterine Device (IUD), vaginal rings, patches, injectables and implants, which alter the biochemistry of a women’s body to prevent ovulation, making it more difficult for sperm to reach the egg if ovulation does occur. Emergency contraception, also known as the “morning-after pill,” is another hormonal method of birth control that keeps a woman’s ovaries from releasing eggs for longer than usual.

The implant is good for three years at a time, and LeGallee plans to renew hers when it expires because of its practicality. “No pain, discomfort. I mean you can feel it in there, it moves a little bit, it’s kind of flexible, but it’s just there,” she said.

While LeGallee is content with her arm implant, she said she wouldn’t recommend others getting it without being informed first. “It’s something that I would research definitely because there are all sorts of options,” she said.

Natural methods include withdrawal and fertility awareness-based approaches and do not require drugs or devices. These methods are more subject to human error.

“The best method is the one that is medically appropriate and is used every time by someone happy with the method,” Mannino said.

Twenty-two out of every 100 women who use the withdrawal method with a male partner experience an unintended pregnancy within the first year of typical practice. “The withdrawal method, meaning pulling out right before ejaculation, is a very high [risk] method as pre-cum is filled with sperm,” Mannino said. “There is an old joke that goes: What do you call a man who uses the ‘withdrawal’ method? Answer: a father.”

Wondering about the safety of all these methods?

According to Robert Hatcher’s 2011 text “Contraceptive Technology,” barrier methods, spermicides and fertility awareness-based methods are the safest with no risk of death. IUDs are the next safest form of contraception with only one death out of every 10 million women who use it.

Mannino said when “the pill” was created in the 1960s, millions of women used it with few immediate side effects; however newer research has shown issues with the pill’s long-term hormonal modification, having researchers questioning whether it’s as harmless as first thought.

“I caution my students to consider other contraceptive choices, rather than use hormonal manipulation,” Maninno said. “Though I always caution that it really is a decision between them and their health care provider.”

Marine biology major Vini Souza, 20, said he is concerned for his girlfriend’s health while she uses the pill. “My girlfriend has been throwing up,” he said. “It upsets her stomach. She’s been wanting to get off of it and find another alternative.”

“The ‘male pill’ has been a dream for some time. The reason we don’t have it, in my opinion, is the ugly truth called sexism – men come first!” Mannino said.

Kinesiology major Austin Guidry, 21, said he has never heard of the male contraceptive and is hesitant to take it in the future. His main hesitation is that it would affect his testosterone levels. “Why would we take something when it’s hormones for women,” he said. “Statistically, if it were proven to be safe with a large number, probably.”

Not all students are as skeptical about new forms of birth control. “If there were other options I would totally look into it,” Souza said. “Since I haven’t heard of anything, I’ve just been sticking with the norm.”

One male contraceptive in development is a nonhormonal gel injection called Vasalgel, which experts believe to be the first male contraceptive method FDA approved. Researchers predict it will be available for purchase between 2018 and 2020, according to Mannino.

“When the male pill transitions into mainstream society it will cause a major ground shake in life’s playing field of fairness and equity,” Mannino said.

Students like 33-year-old SRJC mathematics major Phoenix Von Esch would consider taking a male birth control contraceptive if it were proven safe. For now, he said his options are limited. “I use condoms, it’s what I know right now,” he said.

Von Esch had his first child when he was 27 years old. Afterwards he and his partner chose to take extra precaution. “I already have one kid; I don’t need another, she’s a lot of work,” Von Esch said. “[My partner] got an IUD after because we didn’t want any more.”

Von Esch attended Santa Rosa Middle School, where he felt sexual education was a comprehensive program.  He liked that instructors focused on educating him and his classmates instead of focusing on abstinence. “It’s not really taught in schools now, it’s more just ‘don’t do it’ and that’s not going to prevent anything in my opinion,” he said.

LeGallee went to Geyserville High School where she said she received a decent sexual education. She liked that her teachers encouraged students to talk to their partners about previous relationships, STI’s and whether they’ve been tested.

LeGallee wished the U.S. would start these classes earlier because she thinks it would open a discussion and break social stigmas. “If you’re upfront about it and you’re upfront with your partner about STI’s, you’re less likely to get them,” she said. “So I think if we normalized that, it would make it a lot easier to bring it up and reduce the stigma around birth control.”