From psych to screen: Former SRJC student lives her passion as an actress 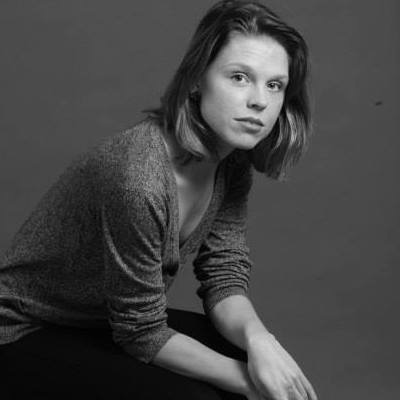 Grace Ingland pursues her passion every day. Ingland is an actress with big dreams and has starred in the independent film, “Living in the Grave.”

Grace Ingland made a career out of a pipe dream. She receives income from a job that also happens to be her passion, and no, it’s not something she just does on the side.

So what does Ingland do? She’s an actress.

Usually, when she tells people about what she does, she’s met with eyerolls or with a question like, “Isn’t that more of a hobby than a career?” These stock reactions are ones Ingland faced her whole life, because she knew she wanted to be an actress since she was in kindergarten.

At six years old, Ingland played the little white deer in a stage production of “The Lion, The Witch, and the Wardrobe” and from there she went on to be a part of every play her school offered.

Leaving middle school, she had the choice of either attending a regular high school or a performing arts school. For Ingland, it was no question as to which she would go. But once there, Ingland came to a realization.

“I’m not the s**t. I’m not the best at this acting thing,” were Ingland’s first thoughts at entering classes at San Francisco School of the Arts. All her life she had felt like a big fish in a small pond; now she felt like a very small fish with a lot to learn.

During this time, Ingland developed an extreme awareness of herself and others. She decided to turn this into a psychology degree and enrolled at Santa Rosa Junior College in fall 2008.

It only took Ingland one semester for her to realize psychology wasn’t where she belonged, so in the spring, Ingland traded psych courses for theatre and jumped right in to SRJC’s production of “Pride and Prejudice.”

During one of her musical theatre classes, instructor Janis Wilson’s son, Guy Wilson, spoke about his experience as an actor living in Los Angeles. Ingland hung on every word.

“I think it was just knowing that he, himself, was successful and that he was a person who I knew,” Ingland said. “He just inspired me to realize there’s people from small-town Santa Rosa who’s making it in LA. I can totally do that.”

Months later, Ingland began school at the American Musical and Dramatic Academy of Los Angeles. Leaving for Los Angeles, her expectations were high—she would spend two years at the conservatory and within a year of graduating, she would find herself working as a full-time actor.

“My thought was that if I put in a lot of hard work and time and effort, and since I have over 10 years of experience under my belt, or so I thought, that I was going to be perfectly fine,” she said.

In the grand scheme of things, it wasn’t an impossible goal, but in hindsight, Ingland felt she didn’t have the tools to achieve it.

After graduating from the conservatory in 2010, Ingland found herself in the real world having to make a living. She worked as a nanny and at museums to pay her bills. A manager helped her land a few shows here and there, but life in LA was slowly becoming more about paying rent and less about acting.

Ingland put acting on hold to pursue a career as a field closer with the skills she had acquired working with children: that’s when she discovered Disney Cruise Lines.

In 2012, Ingland spent four and a half months working on the Disney Dream cruise ship, not as an actor or a performer, but in the children’s activity section. Towards the end of her contract, she realized it was not what she wanted to do.

“I felt so stifled. Acting just kept coming back, and watching all the performers on stage I just thought, ‘I could do that.’”

At the end of her contract the cruise ship held auditions for an entertainment host position whose role was to develop a show for children with Disney characters. The cruise line offered Ingland the job, but she declined.

“At that point, I decided that cruise life was not ethical for me. I just thought, ‘I can’t do this all over again and stand for this company that I don’t believe in.’”

After her contract with Disney Cruise Lines expired, Ingland packed up her things and moved back to San Francisco with the intent of pursuing acting again.

Immersing herself in the city, Ingland auditioned for local plays and volunteered at casting opportunities with the hopes of breaking into the industry.

At an audition for Bay Area talent, Ingland’s volunteer role was to hand out headshots of the auditioning actors to the casting directors. While doing so, a Stars Agency rep stopped her and asked when her audition was and if she was already signed to an agency. From there Ingland auditioned and was signed to the Stars Agency shortly after.

Since then, Ingland starred in commercials for companies like Toyota, Google and Samsung, among others.

She recently starred in the independent, post-apocalyptic film “Living in the Grave,” directed by Evan Weidnkelier and co-produced by herself and her boyfriend, Angel Onchanthorn, who also works as a Bay Area-based director in the industry.

Looking toward the future, Ingland has big dreams. When asked where she sees herself in five years, her hope is to land a lead role in a television series.