Breaking up with your parents: Discarding the excess baggage you grew up with 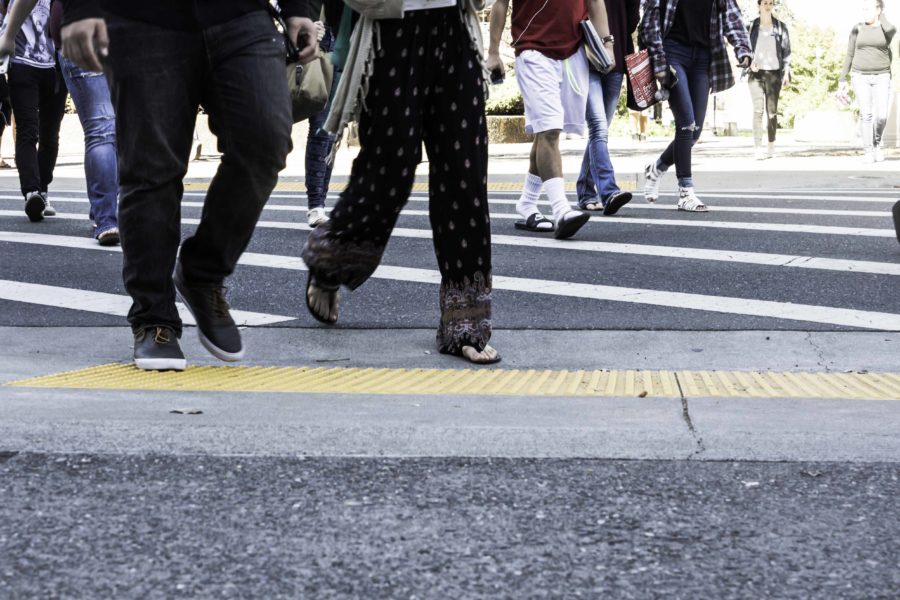 Students acclimate to college life with pieces of their childhood looming around their new adult lives. It is up to them to decide how to deal with the baggage.

On a Sunday morning in his kitchen, Jack Alhambra strenuously cleaned the floors. His father walked in with a disapproving look. “Work faster, you twit.”

“I guess it was just a generational disconnect,” he said. “After all, I’d like to believe my parents treated me better than my grandparents [treated] them.”

Out of 23 students the Oak Leaf interviewed, a staggering 17 found they too came from dysfunctional households with bickering or divorced parents.

Time and distance away from parents, though proven helpful to some, may not be the solution for all. A dysfunctional childhood can drive a wedge between parents and their child that is sometimes repairable and sometimes not.

Growing up, Alhambra remembered his parents constantly arguing until they finally divorced in 2007 when he turned 8.

“It was difficult for me at first,” he said. “But I definitely understand; they were just busy with their life and I was busy with mine.”

Randy Gomez, 20, grew up with similar difficulties. He believed his constant drug abuse ultimately hurt his relationship with his parents.

“My parents and I always argued. Even when they argued with themselves, it sucked,” Gomez said. “If I could, I would change everything.”

Clinical psychologist Jackie Wright explained how differing views can drive a wedge between kids and their parents.

“Students raised with difficult parents typically grow up to rebel against their [parents’] beliefs. Teenagers will usually do that,” Wright said.

Higgins, 25, unexpectedly and tragically lost her mother to brain cancer around her fifth birthday.

“My father was, and still is, a brave and wonderful man,” Higgins said. “He really stepped up and pushed hard work ethics on me. He was all I had, so I just accepted and understood everything he had to say as truth.”

Higgins, among the six of 23 who came from single-parent households, shows a reiterating theme; single parents had no second parent to balance out or to create dissent.

This was exactly the case for SRJC student Rachel Cordow, a child growing up in a single-parent home.

Not having another parent to console her, Cordow felt she needed to bottle up her emotions to appease her one parent. “Things were only fine because I made them fine,” she said. “I had no one else to go to so I had to just suck up whatever I was feeling.”

The question then presented itself: with time and space, could this parental bond be repaired?

“Growing up there was always something happening at home. I would always try and get away every possible chance that I got,” Alhambra said.

Due to the constant verbal volleys his parents engaged in, Alhambra found it difficult not only to learn from his parents, but to talk with them in general.

Finding it hard to even be alone in his own room, he set a goal to leave home as soon as possible.  “I would always feel like a prisoner,” Alhambra said. “I figured my 18th birthday would be the day I was finally ‘free.’”

On his 18th birthday, Alhambra moved out of his parents’ home and into a simple two-bedroom apartment, where he still resides.

The time spent away proved useful as it created, and thus strengthened, individual bonds with each of his parents, so much so that Alhambra now periodically visits them when he gets the chance.

For some, gaining much-needed distance from their parents doesn’t always rekindle their maternal and paternal bonds.

John Brickson, 23, grew up in a rough Los Angeles neighborhood and moved to Santa Rosa when he was 16. His parents didn’t approve of his lifestyle, and he moved out at 18 because he couldn’t handle their judgment.

Brickson said he hasn’t had a real conversation with his parents since he was 16. “Some nights I think about calling them. But then I just remember how terrible they treated me and I don’t.”

Some students are still living with their parents’ baggage, literally and metaphorically.

Jennifer Altman, 24, still lives with her parents and feels she has created a rift between them and herself. “Things are getting better I feel. But for a long time we held a cold distance between us,” she said.

In some instances, such as Higgins’, you don’t get the luxury of getting to know your parents.

“It was hard never getting to know my mom,” Higgins said, her eyes slowly welling up. “Of course, I would have liked to know her, but accepting the situation as it was, I had to move on from there.”

Establishing a positive and conquering mind-set, Higgins, unaware then, lived what would be some of the happiest days of her life under her father’s roof.

Amplified with time, Higgins used her positive mindset to tackle her daily obstacles. Eventually, she too felt the need to leave home.

“It was a little bit after my 20th birthday,” Higgins said. “It wasn’t that I wanted to leave, but I know it’s what my dad would have done.”

The bottom line is situations are what you make of them. Your parents will always be your parents. Good or bad, you always have the opportunity to learn, even from them.