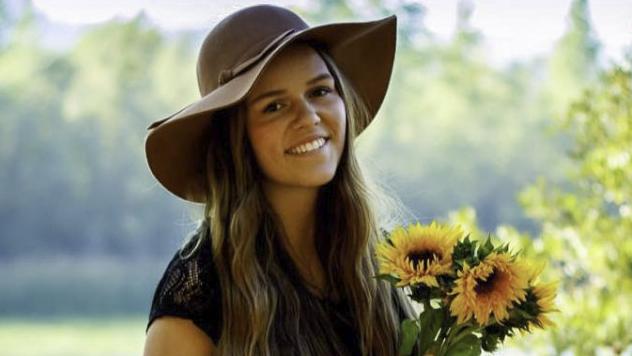 Victoria Sheber accomplished more in her freshman year at Santa Rosa Junior College than most students by their graduation.

An English/history double major, Sheber is already a member of the speech and debate team, student government assembly member at large of student rights and vice-chair of the Student Life Committee. She plans to run next year for vice president of student life.

“When I first met her I was really skeptical because she wanted to be on the debate team, on student government, work and take 23 units,” said Associated Student President Joshua Pinaula, but is impressed with how well she is handling everything so far.

But her real goal for SRJC, the thing she invests most of her time in, is something she feels is criminally underrepresented; the advocacy and protection of student rights.

According to Sheber, the notion that students have rights is a relatively recent development. The concept was first brought up in the 1950s with desegregation and the Civil Rights movement, and has changed with the times, the most recent is online classrooms and school safety. Unfortunately, other movements such as the Civil Rights and Voting Rights Act traditionally eclipse such issues. “Nothing’s really being done for the students,” Sheber said.

Sheber claims to have experienced this firsthand. While she didn’t go into detail, she came into conflict with a teacher over the summer who accused her of cheating. He essentially blackmailed her, telling her she couldn’t fight back because nobody would be on her side. Although she talked to counselors and Dean of Student affairs Robert Ethington, she still received an F in the class.

“It happened to me, and I don’t ever want to see it happen to another student. It was a position nobody should be put into,” she said.

Sheber considers herself lucky she knew about the appeals process. Most students aren’t aware they have rights, much less what to do if they’ve been violated.

“Nobody even knows the appeals process,” she said. “The information’s not there, and even if the information was there, there’s no representation for the student.”

If students want to file a complaint against a teacher for violating their rights, such as the right to learn or the right for teachers to grade equally, they can talk to Ethington at the Bertolini Student Center and file a grievance.

First the student attempts to work it out with the teacher, and if that doesn’t work it moves up to the department. If it still cannot be resolved it moves to the board of review, made up students, faculty and staff. If still not decided, the board of trustees will take up the issue.  It works almost exactly like a lawsuit, except the teacher has one of the most powerful unions in the U.S. in their corner, while the student has no one at all.

It’s this lack of representation that Sheber is fighting to change. She believes the first step has to be a student bill of rights – an actual document faculty, students and administration vote on, that clearly lists what rights students have and which they rely on when filing a grievance.

Sheber and supporters attempted to pass such a bill last semester, but passing Measure H preoccupied the faculty, which allowed for greater funds for the school’s use. Sheber hopes students will enact the bill in the upcoming student election in May, and later expand the bill to the entire state.

Sheber is in training to become SRJC’s first-ever student advocate, where she could be able to tell students what their rights are and how to defend them. She also hopes to start a non-profit organization with the same purpose of supporting student rights, as well as providing representation for students who need it.

“The thing about Tori, is that right when you think she can’t get any more interesting, kind and helpful, she does,” said SRJC student Bailey Farren, who is on the debate team with Sheber.

Students and faculty, such as current Vice President of Student Life Virginia Kerr and Pinaula, have supported her.

Pinaula said he supported her becoming the assembly member of student rights and also of creating the students bill of rights. “It’s long overdue,” Pinaula said.

She plans to eventually own her own publishing company and become the first female librarian of congress.