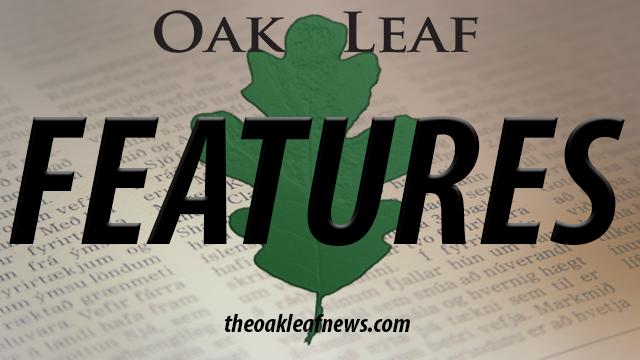 SRJC student Theresa Kremer works in the Doyle Library and has an artistic side to her most can only dream of. She’s bright and witty, but she’s facing a problem a lot of people her age are facing. The world needs fixing, and she’s suppose to help in applying the Bandaid. “I feel like it’s passing the buck. They’re [the older generation] not going to fix their own sh*t.”

For decades, perhaps centuries, older generations have pressured the younger generation to fix the world. Every generation has problems to address, but the scale of the pressure seems to have grown over the last generation to extraordinary size. Now it’s not, fix this problem or that problem, now we have taken up the responsibility of trying to save the whole world from war, poverty, disease and climate change.

Curious to see what other people thought on the matter, the Oak Leaf asked more than 30 Santa Rosa Junior College students if they had ever heard a statement akin to: “It’s up to your generation to fix everything.” Every single one of them had heard such a statement. Yet, only 11 of the 24 said they were effected by the next question: “Has this statement affected or influenced you to do more?”

Now, this does not mean that these students did not care or were not worried about the world. In fact, several had already decided to help out the world around them regardless of the statement, simply because they felt that they should.

“It’s up to you to decide,” one SRJC student said when asked if she felt unnecessarily pressured by the saying.

There were as many types of responses as there were people. For some there was a sense ownership of the problem. It’s totally our responsibility,” one student said.

Still others answered with a painful realism that hit harder than the anger and discontent. “I wanna do something now, but a few weeks later I don’t think about it,” one student said.

Professor Kathy O’Neil had something similar to say on the matter of pressure. “It is not only an unfair amount of pressure, but also an unrealistic amount of pressure,” she said. “It is impossible to go back and unring the bell. How are future generations supposed to repair the irreversible damage we are doing to the planet, human relations and disastrous economic decisions? I worry about the legacy we are leaving to our children on multiple levels.”

Obviously, there’s a great deal to worry about. Even with the optimism and sense of personal responsibility, some students displayed, there was still a lot of anger about the issue. Every generation has faced its fair share of issues. Past generations have faced nuclear war, world wars, famines, crime waves, and extreme economic hardship, but even they, according to some of the older students, were not expected to fix every single problem.

So what does this all mean? Is the younger generation doomed to repeat older generations’ mistakes or, worse yet, let the world fall down around all our heads? Doubtful. Even without the saying having an effect on them, students felt compelled to do something about the problems facing the world, “for my own personal good.”

Second, pressure is not necessarily a bad thing. Many people work well under pressure. Scientists, businessmen, artists, and yes, students, for example, studying for their finals, have shown to be capable of wondrous things while under even the most intense pressure. Pressure forces us to act. To stand up and push back, and when it’s the world on the line, not only is the pressure extreme, perhaps the most extreme it can be, but the need to stand up and push back is also extraordinary.