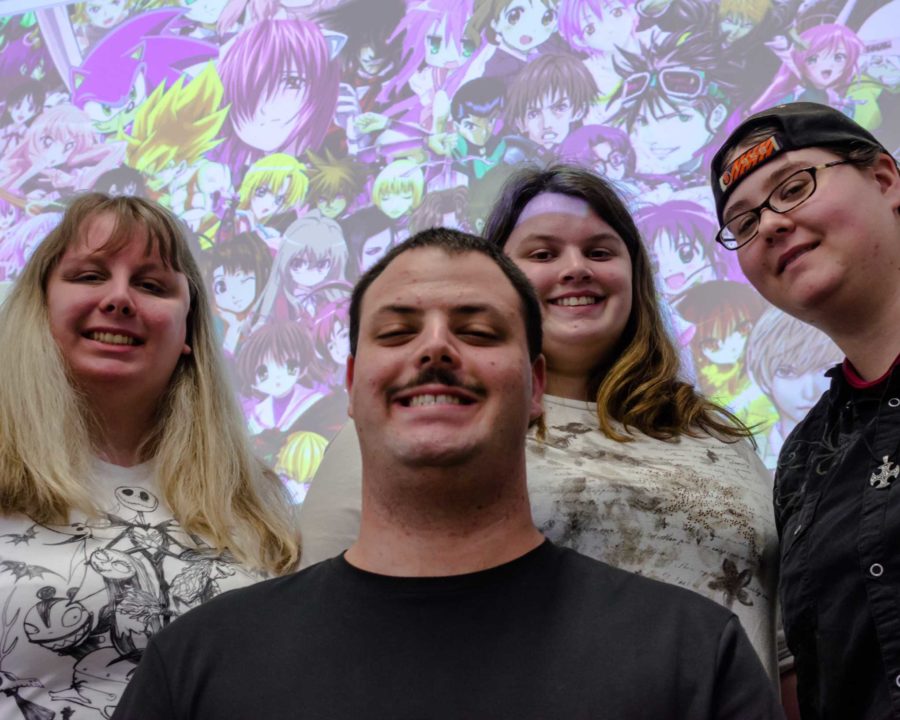 Eric Iverson considers himself a Gue’vesa, what the Tau Empire from the tabletop game “Warhammer 40,000” call a human helper.
Iverson, 22, is a Santa Rosa Junior College engineering major with a passion for gaming.
He is bringing a tabletop gaming club to SRJC, where gamers of all varieties are welcome to explore their inner Gue’vesa or whichever brand of character they prefer.
While Iverson’s inspiration for the club is tabletop games he said it would incorporate card games, like Magic: The Gathering and interactive board games. “I envision my club being a conglomeration of gamers, gathering together at SRJC,” Iverson said.
If SRJC’s Inter-Club Council (ICC) activates Iverson’s club it will join the more than 50 student run clubs and organizations, which offer diverse mediums for an involved and enriched campus life.
Rock lovers may find fellow sediment delvers at the Geology Club.
A secularist? Check out the Atheists and Skeptics club. Clubs also encompass some athletic organizations like the Polar Bears SRJC’s hockey team.
“Clubs are the biggest unified voice on campus,” said Associated Students (AS) Vice President of Organizations and ICC chair Justine Johnson. “They are capable of reaching out and creating community on campus.”
Johnson said starting a club is not as hard as people think and the student government is available to aid students developing clubs.
As the ICC chair, Johnson said accessibility is her first concern.
“The budget hasn’t caught up to club activity,” Johnson said, criticizing club funding.
Thor Olsen, founder and president of the Atheists and Skeptics club, conceived the group seven years ago after finding inspiration in a critical thinking course.
He questioned why people weren’t discussing existential questions, like cultural relativity, and wanted to create a forum for those discussions.
Olsen called the first meeting on the balcony of the Doyle Library to a gathering of about 15 to 20 students and has since continued his involvement in student life. Students elected Olsen AS Vice President of Advocacy in Spring 2014.
Olsen said some SRJC students are wary of participating in campus life because they approach college with a business mentality, expecting to graduate in two years; they refrain from SRJC community involvement.
AS Vice President of Programs and former ICC chair Virginia Kerr said clubs “provide an outlet for special interests.” She compared clubs to kick backs where people get together and talk about what they’re into.
Her advice to students considering starting a club is, “Do whatever you want.” She implored students to create their interests at SRJC through clubs. “They are really the heart and soul of life on campus,” Kerr said.
Kerr is the president of the Islamic Culture club.
AS President Joshua Pinaula said, “There is a big correlation between student involvement and student representation.” He beieves students in clubs are the ones who want to ignite change and see things move forward. “They are the students who don’t want to compromise,” Pinaula said.
Pinaula said clubs, especially sports clubs, are overburdened and need more resources from the college.
For students interested in forming a club, there are several steps and requirements. All clubs need a faculty adviser to endorse its activation and who must be present at all official club meetings. A club constitution to set guidelines and operations is also mandatory, according to SRJC’s ICC code.
Clubs must have a president or official contact and an attending member in the ICC to represent the club and vote on council business. For clubs wanting to congregate on campus, a club facility use request form is available on www.santarosa.edu and in the Student Affairs office.
Formal recognition of a club requires completion of a club activation packet, which includes much of the preceding information and is also available on the colleges website and at student affairs. The ICC votes whether or not to approve and assimilate new clubs. Clubs must renew activation every spring and fall semester.
According to the ICC code, the council administrates, coordinates and promotes club participation and activity. The council is comprised of official members of activated clubs and the AS Senate’s Vice President of Organizations, who is the body’s chair. Each SRJC campus has its own ICC.
Any official club member may attend ICC meetings, but each club can only vote once on agenda items, which must be voiced by its ICC representative. A proxy may vote on a representative’s behalf if said representative is absent from council proceedings, if neither the representative nor a proxy is present a club’s president may vote.
The ICC’s executive officers elect all council positions except the Vice President of Organizations, who is elected in the general student election, according to the ICC code. These positions consist of the council’s vice chair, secretary and treasurer.
A majority of ICC representatives have to attend council sessions to reach quorum-the minimum number of officers needed to vote on agenized items. An adviser must also be in attendance for an official meeting.  The ICC meets in the Bertolini Student Center on Wednesdays at 1:30 p.m.
Iverson is still in the elementary stages of activating his tabletop gaming club. He said he believes there is genuine student interest in joining. A group of students meet informally in the Santa Rosa campus cafeteria to play Magic The Gathering and other games on frequent occasion, a community Iverson said he will recruit from.
“I saw other clubs and I thought, there is nothing here for gaming,” Iverson said. “The appeal is the hobby is centered around tabletop gaming and to meet other people with the same hobby.
Since he was 15, tabletop gaming has been Iverson’s passion. From the time he obtained his first set of miniatures he was hooked. Now he constructs and paints his own miniatures and is studying engineering to continue professionally.