Battling the Stigma of mental illness through education 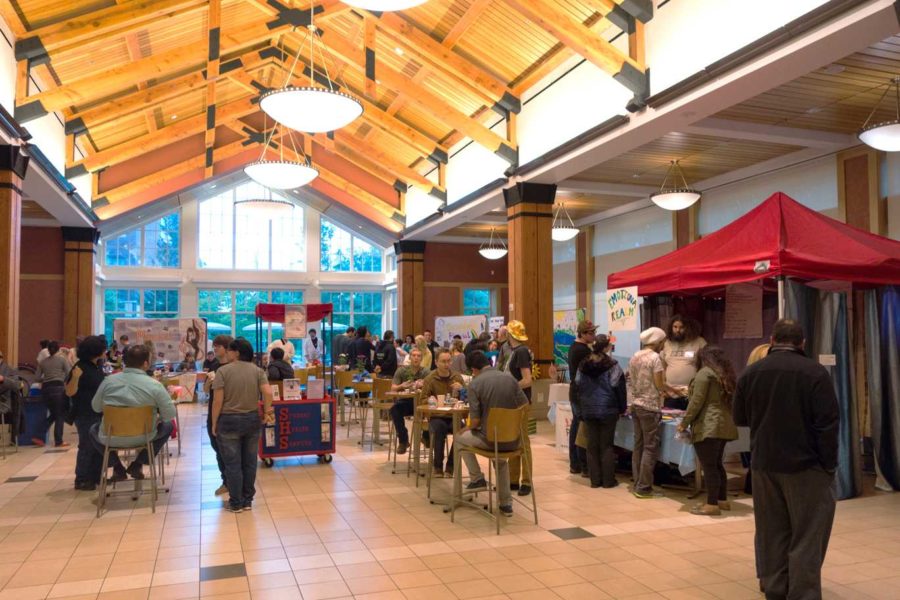 “My mom actually doesn’t even know I have a mental illness. My family is very anti-treatment and heavily stigmatized towards those with mental illness,” said Leonard.

Without the support of her family, Leonard turned to her high school counselor. “He basically told me that my mental illness didn’t make me any less of a person despite how I felt and what people said. That’s the first place I got help,” she said.

Leonard still experiences symptoms. “It’s hard because a lot of times, I’m on a high – I can get stuff done and I feel really happy, but then I just crash and I can’t do anything a for long time and the moods are unbalanced,” she said. She is an anomaly because most young adults do not seek help.

Almost 20 percent of Americans ages 18 and older – or about one in five adults – live with a diagnosable mental health disorder, according to the National Institute of Mental Health. Compared to older adults, the 18-24 year old age group shows the lowest rate of seeking help, according to activeminds.org.

Mental illness can include mental breaks, pain, isolation and depression among other symptoms. A broken arm requires a cast, a migraine, pain medication. What does one do about depression?

SRJC student Alyssa Cunningham, 22, has two friends who were diagnosed with depression; the condition impacts their everyday lives. She worries about them and checks up on them if she hasn’t heard from them in awhile. “I know my two friends came out with their clinical depression. They came out to me personally. They didn’t exactly announce it to the world,” Cunningham said.

Many students asked to be interviewed on the subject declined to speak about it. “Not everyone who has a mental health issue is open to talking about that kind of thing. They don’t say it. You have to know them to know that. People will criticize them and that’s why they don’t say anything,” said SRJC student Yoann Coderey, 20.

Leonard spoke with an optimistic attitude even with the compartmentalization she feels when she shares with some people. “There’s a huge stigma. I try to be open with it, but I talk with people and then I tell them, ‘oh I have bipolar disorder,’ and then they kind of shut down and they don’t really engage in the conversation as much after they find out. They look at me like I’m weird and stuff,” Leonard said.

Discussions with students revealed mental health conditions are easier to discuss in an environment where people do not feel judged and can trust the person who they are sharing with. SRJC offers student psychological services to enrolled students during the fall, spring and summer semesters at Plover Hall, Room 559 and on the Petaluma campus in the Call Building, Room 610. Individual psychotherapy, drop-in counseling/referrals, group therapy and psychiatric consultations are all available at no cost. Spots fill quickly so it’s best to go early in the semester.

SRJC received funding through the Mental Health Services Act to implement a Prevention and Early Intervention Program in January 2010. The program’s hope is to bring a comprehensive approach to promote mental health on campus. PEERS (People Empowering Each other to Realize Success) coalition is part of the Prevention and Early Intervention Program. PEERS consist of a group of interns who participate for a full academic year and receive training around mental health and suicide issues. One training they receive is called Mental Health First Aid. It teaches the basics: what mental health conditions look like, the statistics and how to support people to receive the help they need.

Stephanie Sanchez, PEERS coalition coordinator, discussed the stigma around mental health conditions. “I think the stigmas around talking about it, what symptoms are and getting a diagnosis can be really stigmatizing so people are sometimes afraid of getting support because they might get labeled, and the label tends to follow you around,” she said.

Sanchez said the philosophy of PEERS coalition is to reduce stigma by having those conversations, talking about mental health and talking about it early. The reality is that mental health diagnoses often first start to appear at the 18-24 age range. Symptoms start to appear and are typically present for several years before someone might access help, she said. Some students don’t want to see a therapist, but they might talk to a friend. Friends who are trained to recognize serious symptoms can offer resources and help.

“So we are trying to kind of get at it from both angles. Reduce the stigma of just talking about it and then really give people the information and skills and tools that they need to either support themselves or support someone else,” Sanchez said.

May is Mental Health Awareness month and PEERS recently received a $1,000 mini-grant to raise awareness on campus. As part of the campaign, PEERS representatives will distribute lime-green ribbons. Students can pick up the ribbons at all Student Health Services locations in May. Sanchez is recruiting for more PEERS next year. Anyone who is interested can email her at [email protected]

The Prevention and Early Intervention Program also educates students how to recognize the warning signs of a suicide crisis and how to question, persuade and refer someone to help with its QPR suicide prevention trainings.

SRJC student psychological services are available to help students with their mental health and to educate them so they are knowledgeable and able to help others.

Josie Leonard plans to continue her education at SRJC and maintain a routine that helps manage her symptoms.

“I remind myself that I’m trying my hardest and that’s all I can do. I figure that after a while I’ll find friends that accept me and the people who write me off won’t be worth my time,” she said. “My advice for others with mental illness is to surround yourself with people who don’t stigmatize and keep doing what is best for you.” 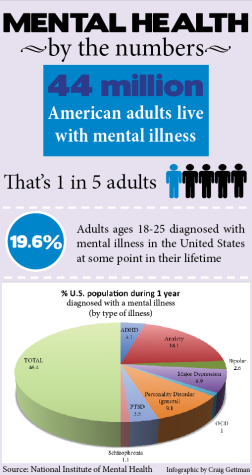