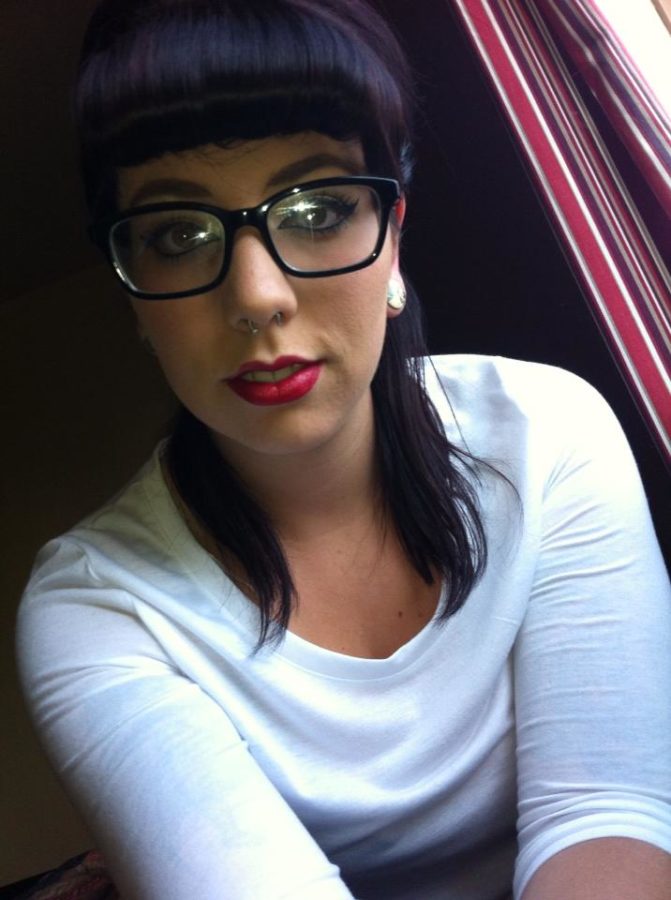 Santa Rosa Junior College English major Katie Suoja, 25, would not consider herself gay, straight, lesbian or bisexual. Instead, she prefers to say she doesn’t consider sex when choosing a partner.

When Suoja was in sixth grade she received an e-mail from her uncle saying that he would be going in for a gender reassignment surgery. “It was five or six pages telling us about what to expect and what would be happening to his body,” Suoja said. “He said he wanted my sister and me to always be happy with ourselves, to never let social stereotypes or sex get in the way.”

She didn’t consider dating the same sex until she was 19 after ending her first serious relationship with a man. “I always try to stay completely open minded, but that was when I started dating [Veronica],” she said.

Suoja didn’t hide that she was dating Veronica except when it came to her family. At the time Suoja was living with her grandmother, who was very religious, which is why she chose not to share her relationship at home.

It wasn’t until the daughter of a close family friend saw her relationship status on Facebook that Suoja was outed to her family. Her grandmother confronted her about her sexuality later that same day. “I was getting ready to leave the house and she said, ‘You really hurt Jordan. She came home from school and she was crying hysterically because she thought you were going to hell,’” Suoja said.

She was then given the choice to end things with Veronica or find a new place to live. “She told me she wasn’t going to support that kind of lifestyle in her house,” Suoja said.

Since then her grandmother has learned to be supportive. Suoja’s younger sister Jessica has been dating women for over a year and is currently living with her grandmother. “She’s learned a lot from her experiences with me,” Suoja said. “She realized that it didn’t change myself or Jessica as a person, that it was just how we felt.”

At the moment Suoja thinks most people have learned to be more respectful of others, especially at SRJC. “At the school I used to go to, I didn’t feel comfortable talking with other people about political views or anything like that, but at the Santa Rosa campus I’ve always felt very supported,” she said.