E-cigarette or hookah pen? A rose by any other name still has thorns 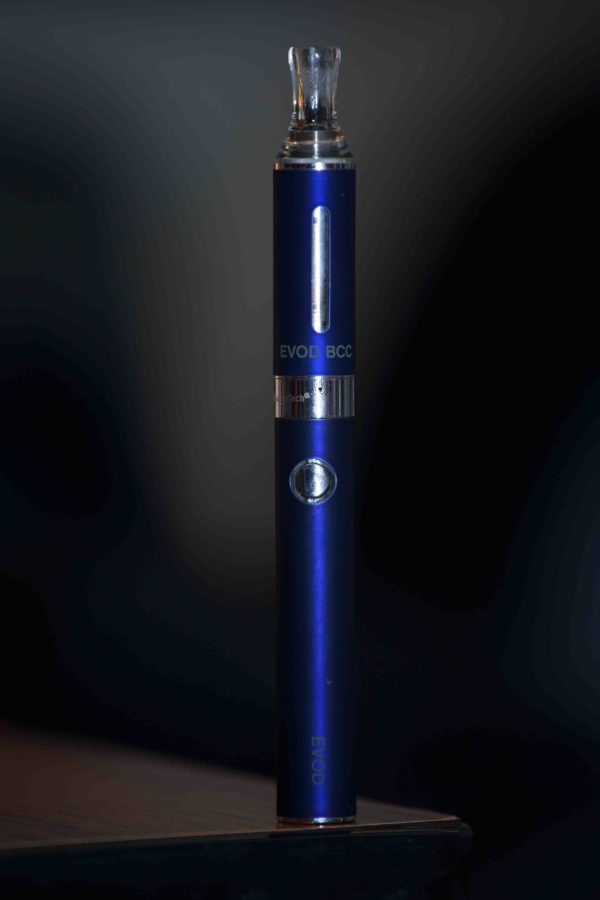 Cherry, melon and pineapple are the smell of springtime at Santa Rosa Junior College this year. The scents aren’t coming from ripe fruit but a pen-shaped object: an electronic cigarette.

While there have been no national studies on college students, a September 2013 study by the Centers for Disease Control and Prevention revealed that 10 percent of high school students had tried e-cigarettes in 2012 — double the 2011 figure.

On the same day, the Food and Drug Administration released reviews of scientific literature  that confirmed the increasing e-cigarette use among youths.

“With over a million youth now using e-cigarettes, [the] FDA needs to act without further delay to stop the companies from marketing their addictive products to children,” Waxman said at a news conference in Washington.

Laws up in smoke
E-cigarettes, despite their production of nicotine-laced vapor, have not yet been deemed a tobacco product by the FDA, which exempts companies from federal regulations.

“Some e-cigarette manufacturers appear to be using marketing tactics similar to those previously used by the tobacco industry to sell their products to minors,” the report concluded from its survey of nine e-cigarette companies. Such prohibited tactics include sales to minors, television and radio advertisements and free samples.

“We fought for decades to set strict rules for marketing of traditional cigarettes,” Waxman said. “E-cigarette manufacturers don’t have to play by the same rules.”

Though the Family Smoking Prevention and Tobacco Control Act of 2009 banned flavored cigarettes, e-cigarette companies are marketing creative flavors such as pumpkin spice and gummy bear.

Close to home
It seems the fragrant trend has pervaded our own City of Roses.

At Montgomery High School, assistant principal Kimberly Clissold places a confiscated cherry-flavored e-cigarette into a manila folder to be stored in her desk drawer.

“Certainly all you have to do is just go around Santa Rosa to see how many vaping shops and smoke shops are adopting this new technology,” Clissold said. “And kids like technology. I mean, that’s sort of the idea: ‘I plug in my phone; I plug in my e-cigarette.’”

Accordingly, it is important for faculty to familiarize themselves with e-cigarettes, Clissold said. “If they see something plugged in, and they go, ‘Wait a minute, why is that student charging a pen?’ that’s probably not a pen.’”

Santa Rosa High School principal Brad Coscarelli said students have rarely gotten caught with cigarettes throughout his 11-year tenure, but his familiarity with e-cigarettes has grown tremendously over the last two years nonetheless.

He added that the SRHS planner, given to every student at the beginning of the year, makes explicit that state law and district policy prevent the use of tobacco products on school property at all times.

“If found, we immediately call home and get the parents involved,” Coscarelli said. “We are now using a restorative approach, not just disciplining the child, but having them learn from their mistakes.”

Though most SRJC students are legal adults, they are still subject to the SRJC Student Standards of Conduct Section G, which prohibits “willful or persistent smoking in any area on College property.”

SRJC cadet Stefany Elias said smoking cigarettes can warrant a citation, according to Santa Rosa city ordinance. “You can be disciplined the same way through the college,” she said. “Per campus policy, smoking an e-cigarette counts as a regular cigarette.”

Even so, 10 out of 10 SRJC students surveyed said they do not mind e-cigarette smoking on campus, while none tolerated regular cigarettes.

Kelsey Day, 21, who has no interest in smoking, said, “I mind when people smoke regular cigarettes because of the smoke, but e-cigs, no, because there is none.”

While the average age of regular customers is between 25 and 30, e-cigarettes appeal to a wider demographic, Salas said. “Everybody wants to quit smoking, no matter what age. I’ve had 60 year olds come in here asking for e-juice.”

Dr. Sally Satel of the American Enterprise Institute, a pro-business right-wing think tank, defended the use of e-cigarettes as a smoking cessation aid in a Washington Post op-ed. “The solution comes in varying concentrations of nicotine — from high (36 milligrams per milliliter of liquid) to zero — to help people wean themselves off cigarettes, as well as e-cigarettes, and the addictive stimulant in them,” she wrote, indicating FDA-approved alternatives such as nicotine gums, patches and lozenges.

Meanwhile opponents say the defense of e-cigarettes is baseless. “The success of all these enterprises hinges on the claim that e-cigarettes are healthier than traditional cigarettes,” wrote Dina Fine Maron, an associate editor at Scientific American. “Companies like to paint a black-and-white picture of a new era of safe smoking… Whether e-cigs are genuinely safe is far hazier.”

Blowing smoke
When the $1.5 billion e-cigarette industry’s sales tripled in 2013, Big Tobacco took notice. “[I]nvestors are buying up e-cig companies, injecting millions of dollars into the market and banking on a bright future for the devices,” Maron wrote.

Despite the exposé of its improprieties, Big Tobacco has not abandoned its old trick: buying science.

Dr. Gilbert Ross, executive director of The American Council on Science and Health (ACSH) advocated e-cigarettes as a “nascent public-health miracle” in a Forbes op-ed. As Andy Kroll noted in Mother Jones, Ross was also convicted of a $8 million Medicaid fraud in 2005; he temporarily lost his medical license and served 23 months of his 46-month prison sentence.

“The agendas of ACSH and Big Tobacco have overlapped, thanks to the growing market for tobacco alternatives,” Kroll wrote. “As ACSH has courted tobacco companies large and small for financial support, it has touted e-cigarettes — some being manufactured by subsidiaries of major tobacco companies — as a safer alternative to cigarettes.”

Smoke, no fire
Inconclusive research findings on e-cigarettes, especially second-hand smoke,  impede consensus among public health experts. Whether e-cigarettes are a healthier yet still enjoyable alternative or this generation’s gateway to traditional cigarette smoking has not been decided.

Because many e-cigarette companies intentionally avoid the “cigarette” label, the CDC report revealed that many teenagers differentiate between e-cigarettes and e-hookahs; the two products, however, are often indistinguishable.

Such semantic lapses suggest that the 10 percent figure may be an underestimate. “[T]he C.D.C. conceded it might have asked the wrong question: Many young people say they have not and will not use an e-cigarette but do say they have tried hookah pens, e-hookahs or vaping pens,” Richtel wrote.

The fate of e-cigs
The rule granting the federal regulation of e-cigarettes has been under review for five months in the Office of Management and Budget.

North Dakota, New Jersey and Utah have banned e-cigarettes in workplaces, bars and restaurants. Ten other states have initiated prohibitive legislation as of April 1.

In addition, 139 local governments have passed laws to restrict e-cigarette use in smoke-free areas. The full list of banned cities, including Petaluma and Sebastopol, is available at http://www.no-smoke.org/pdf/ecigslaws.pdf.