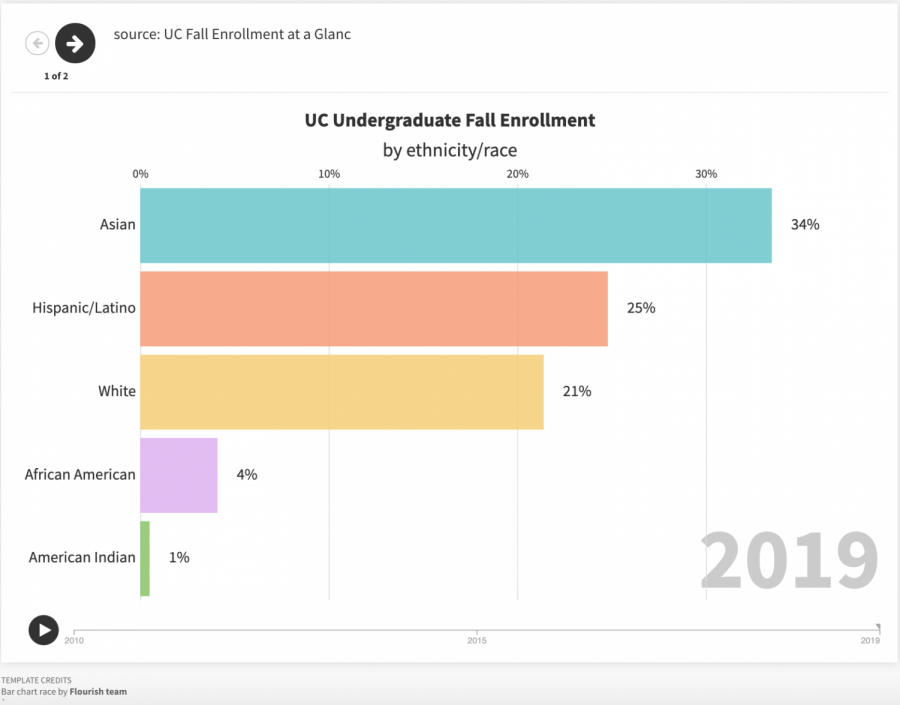 Proposition 16 matters to all Californians, but particularly those who have plans to apply to colleges and universities.

Opponents of Proposition 16 cite The University of California System’s “UC Enrollment at a Glance,” which shows the UC schools increased minority enrollment, especially for Latinos and Asian Americans, after 1996. They say this provides Proposition 16 is unnecessary.

But supporters of affirmative action, including the University of California Board of Regents, argue that the “Enrollment at a Glance” data looks at the UC system as a whole, not at the enrollment of the more prestigious schools in the system.

According to University of California Berkeley researcher Zachary Bleemer, enrollment of minority students fell by 60% at Berkeley and UCLA after the 1996 ban on affirmative action. “Every underrepresented UC applicant was dramatically impacted by Prop 209, leading applicants across the Academic Index spectrum to enroll at less-selective schools,” he said.

Proponents of Proposition 16 say it will expand access to solid wages, good jobs and quality schools for all Californians, regardless of gender, race or ethnicity.

U.S. Rep. Jared Huffman of California’s 2nd Congressional District — which includes the Sonoma coast and parts of Santa Rosa — is one of the many Democratic officials who support Proposition 16. He loosely links his support for the state legislation as a non-monetary form of reparations.

“As a general rule I think we continue to need affirmative action. We’ve got a lot of repair to do,” Huffman said. “We have to look creatively through our institutions, through our public policies, at how we can finally do the repair work we have neglected for many years.”

Jillian Clemmons, 42, a member of the Yes on Prop 16 campaign agreed.

“I think it’s one small way that we can combat systemic racism,” she said. “I think Proposition 16 will help applicants that tend to suffer the most from the systemic racism of our society. I think a yes on Prop 16 is one small way people can demonstrate that they are anti-racist with action.”

Cass Stewart, an SRJC journalism and political science major, supports Prop 16 because they say it will promote equal opportunities for Californians by eliminating the ban on allowing diversity as a factor in public employment, education and contracting decisions.

“Though it isn’t a final solution to the systemic issues we know exist in our country, it can play a part in moving in the right direction to diversify our schools and expand access to livable wages at good jobs,” Stewart said.

Stewart noted that quotas are still prohibited and there are no direct fiscal effects on citizens because the proposition is only focusing on lifting the ban. “We should absolutely encourage diversity in our business and schools,” they said.

Those against Proposition 16 believe state government can’t fix past discrimination against racial minorities and women by now discriminating against white men.

This is precisely why Suzette Tyler, owner of Palooza Brewery and Gastropub in Kenwood, is against Proposition 16.

“It’s reverse discrimination,” she said. “I don’t think any discrimination on any basis is allowed and to change the law so that the government, the schools, anyone who sees fit, can pick women and minorities over white men — they are actually attacking white men in this proposition.”

Tyler argues that discriminating against white men is unconscionable because they won’t be able to support their families if they can’t get a job. And she questions why any form of discrimination is acceptable.

“Why would we allow discrimination in our systems when we’ve already abolished it? There is no discrimination right now in giving jobs. I don’t see it. It’s just a bad situation,” Tyler said.

She also believes Proposition 16 will keep white men out of college.

“Their applications will be set aside,” she predicted. “Colleges in this country are very liberal, and they would see fit to bring in people of color, LGBTQ, women, all those applicants get in before the white men [who] should have the same opportunities. You should only get in college by your merit, talent and capabilities.”

Ward Connerly, chairperson of the campaign behind Proposition 209 — the 1996 ballot measure that banned affirmative action — urged voters to say no to Proposition 16 to avoid wiping out his achievement.

In an op-ed in the Orange County Register, Connerly wrote that “equality is essential to the maintenance of a civil society. This is especially so in a state now identified as a ‘majority minority’ state. I ask you all to vote No on Proposition 16, which would delete that commitment to equality from the California Constitution.”

“A lot of people called it ‘affirmative blacktion,’” Combs recalled. “People said that college performance will go down because people will get accepted based on race instead of merit. As a young person in a bubble I didn’t understand it.”

But he has a more complete picture now, and he supports Proposition 16.

“[In 1996,] so many seemed to think it was a bad thing. And I guess those people were all white,” Combs said. “I totally agree with it now that I’m more aware that everything isn’t equal.”

It is unclear how Proposition 16 will affect the CSU and UC systems if passed.

California State Universities’ Public Affairs Manager Hazel Kelly said, “Any activity the CSU undertakes that considers the race, sex, color, ethnicity and national origin of students or employees as a factor must be done very carefully and ensure equal protection.”

According to Kelly, the CSU could, for example, explore options that might allow a campus to accept donations for scholarships where race, ethnicity or sex is one of many factors set by the donor.

“It is also worth noting that whether Prop 16 passes or not, the CSU will still be subject to other state and federal rules guaranteeing equal protection and prohibiting unlawful discrimination,” Kelly said.

Both the UC and CSU Boards of Trustees endorsed Proposition 16.

Proposition 16 does not have a fiscal impact on state and local entities nor does it alter other state and federal laws guaranteeing equal protection and prohibiting unlawful discrimination, according to the California Secretary of State’s Ballot Title and Summary.