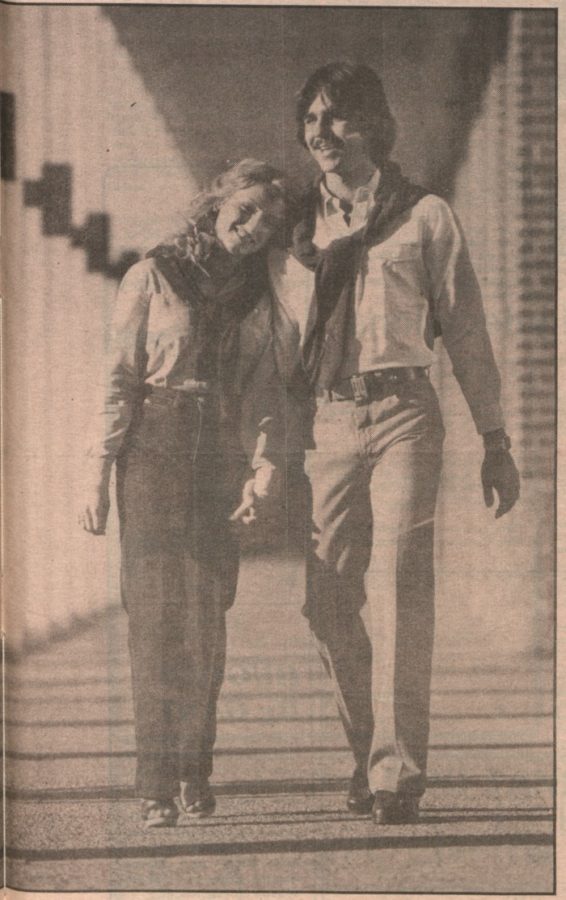 Santa Rosa Junior College students who wished to study fashion between the 1930s and 1970s earned a degree in home economics. Today, SRJC students may not know this was once the backbone of fashion studies.

It wasn’t until the 1970s when home economics was changed to Family and Consumer Sciences.

Panizzera joined the SRJC faculty in 1980 to teach interior design and fashion. It wasn’t until then that fashion studies and retail merchandising became a part of theatre arts. This motion led the fashion program to branch out to different areas of study.

“The extensive classes provided students with more skills, clothing construction classes and they learned to do their own alterations, which started the manufacturing,” Panizzera said.

Panizzera reflected on the time budget cuts left the program with only three to four sewing machines. She was one of many who helped move the program along during the 2008 recession. At the time some classes including fashion studies, were in danger of being cut.

“I was trying to fight for the program when they wanted to cut, I showed them how students were creating a business selling [items] on the internet,” she said.

Panizerra helped shift the program’s financial stability and promoted its entrepreneurship potential to the SRJC. With the recession and budget cuts, the fashion program was reduced significantly to what it is today; two certificates consisting of retail merchandising and fashion design assistant resulting in 20-21 units. Students can earn an associate degree by completing those requirements.

“I wrote a lot of grants, CTE funding to help our programs towards new machines and material. I’m very proud of what we did, and how we changed through the times,” Panizerra said.

Lyra Bobo, fashion program coordinator for the past two years, teaches her students to connect with clothing sustainability and entrepreneurship.

“There was a focus in making your own clothes and remaking your clothes; that’s another thing we’re revisiting differently because unfortunately, the fashion and textile industry is one of the biggest polluters in the world,” Bobo said.

Clothing is one of the main products found in landfills today. According to Huffington Post, the average American tossed out 81 pounds of clothing in 2016. This equals a total of 26 billion pounds of textiles ending up in landfills. Bobo explained how most clothing is poorly made and not biodegradable. She uses sustainable ingredients for dying clothing in her classes.

Fashion studies uses natural methods of dying instead of synthetic dyes that contain chemicals harmful to the environment. An alternative group of plant-based dyes are used, such as combinations of rosemary and oak galls from oak trees, wood sorrels, loquat leaves and avocado skins and pits.

The new age of technology helped fashion studies grow to new heights. By using high-tech sewing machines, students are able to focus more on detailing. The program recently received a donation from a clothing company based in Europe, Bella Notte, with over 35 bolts of high end fabric.

“Now our intent is to teach students how to draft patterns, drape using mannequins like you see in Project Runway and utilize components of starting a business in the manufacture industry,” Bobo said.

“The fashion entrepreneurship class was what finally gave me the structure to step forward into my own business venture,” Blade said. Blade confronted the misconceptions about fashion still being outdated to “home economics.”

“You can certainly take some classes here to improve your sewing skills but the program lends itself to much bigger possibilities. There are a handful of different skill sets that can be developed in the department and then employed in the fashion industry,” Blade said.
Blade became inspired to launch her own clothing line for women “who resonate with feminine archetypes, elegance and sensuality.”

“My confidence and drive were automatically uplifted by the skills I was developing, and the atmosphere of the program gave me the extra encouragement I needed to start my own business,” Blade said.

Fashion studies is sponsoring a presentation from the head of the producer program at Fibershed, Marie Hoff. She will be teaching students a farm-to-cloth method of garment making that lowers textile waste. This seminar will be at 3 p.m. April 25 at Newman Auditorium.

The annual Fashion Studies Fashion Show titled ‘Inspirations’ will be at noon on May 6 in the Bertolini Student Center.