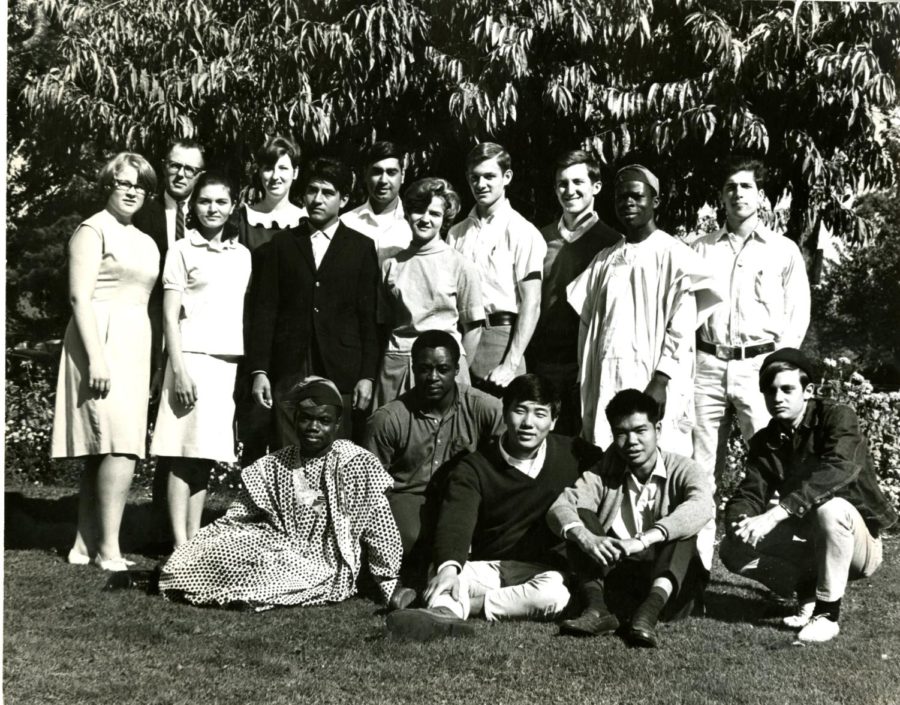 SRJC's first members of the International Relations Club in 1967.

Historically, financial limitations prevented most people from outside the United States from pursuing an education in the country. The range of international students who attend Santa Rosa Junior College has greatly expanded since the school’s first round of visitors.

The first international students came to SRJC during the 1940s and the oldest reference to their presence can be found in a 1957 article from The Oak Leaf titled, “New International Club.”

Oak Leaf staff reported, “Sixteen foreign students, representing 10 different countries enrolled at SRJC, feel that with world tension at its greatest, living together and learning the ways of others is of the greatest importance.”

According to the article, students from countries such as France, Italy, Germany, Iran, Korea, Indonesia, China, Japan and others were the first International Club members. They created the club with the idea of discussing social problems and finding ways to ease the international students’ struggles of living in a different country.

Members of the International Students Club participated in a panel discussion at the monthly Mothers’ Club meeting in the faculty lounge. They discussed the times’ issues and got in contact with each other to find solutions.

In 1984 SRJC started recruiting F1-Visa students, which are students that have permission to live in the U.S. for school. Peter Brainich, manager of international relations at the time, processed the applications.

In January 2012, SRJC hired Dr. Frank Chong as the school’s fifth president. One of Dr. Chong’s goals was to increase diversity on campus through the recruitment of international students.

Peg Saragina said, “We want our local students to be more exposed and not read it out of a book.”

Saragina and Dr. Chong’s main reason for bringing international students is to achieve the goal of diversifying the SRJC campus.

Each spring SRJC hosts around 20 students from Borås, Sweden. They are third-year students in a business entrepreneurship program and they stay with SRJC faculty and community members.

SRJC employees travel the world to recruit students. Presently 194 international students are enrolled. The international department’s goal for next semester is to expand the amount of foreign students to 400.