Stop and smell the roses, before they turn to ash 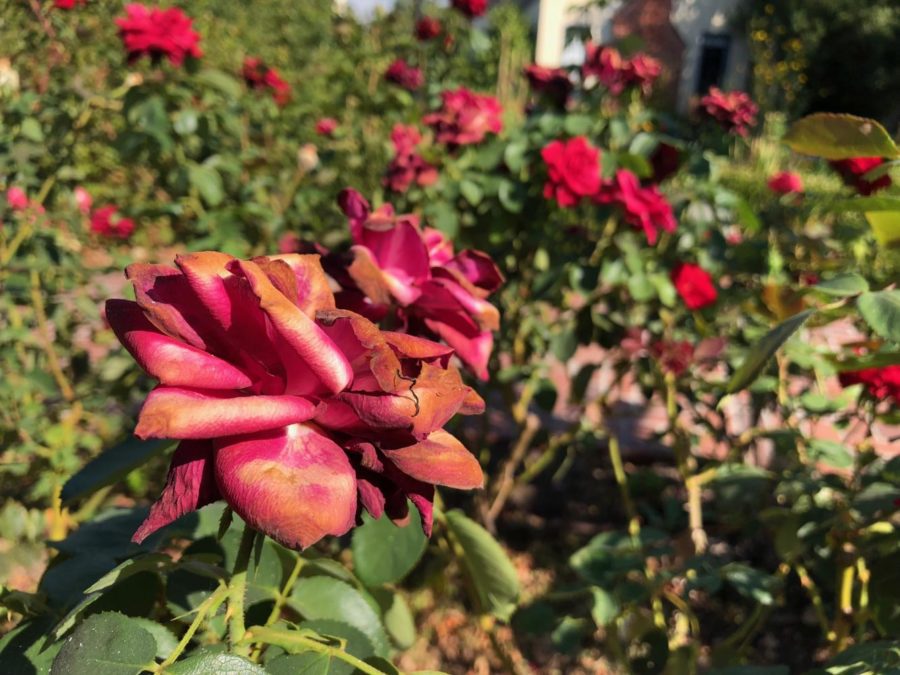 Three months ago I was living in Long Beach, California. I made a life for myself in the area. It’s where all my friends and family live. I had my own studio apartment, a girlfriend and the beach within walking distance. What I didn’t have was the type of happiness and peace of mind that brings perspective.

I left behind all that I’ve ever known and relocated to Santa Rosa with the hopes of picking up the pieces of my life, rebuilding for the future and gaining some much-needed perspective. The last thing I expected was to find myself in the middle of an entire community now forced to do the same; following the destruction from the unforgiving wildfires.

The night of Oct. 9 put an end to that. I made the choice to leave it all behind and start over with nothing. The victims of the North Bay wildfires didn’t have that choice.

In Santa Rosa alone more than 2,800 homes are destroyed, 19 people are confirmed dead (that number is expected to rise), hundreds are still missing and even more are still without power. The city has been reduced to a post-apocalyptic wasteland of ash, soot and poisonous air. It’s like a disaster movie come to life, only worse. People have lost everything, the damage is estimated to cost more than $1 billion to repair and the scars of this nightmare will take years to heal. And to think I’ve spent the last three months complaining about how bad my life has become because I haven’t gotten laid since I left Southern California or how my new roommate is a 1-year-old who can’t stop crying in the middle of the night.

It’s unfortunate that the current state of our society makes us believe that our lives are at the center of the universe, that nothing is more important than ourselves. It’s even more unfortunate that it takes something like a natural disaster for most of us, mainly speaking for myself here, to appreciate what we have and what we complain about doesn’t matter. It’s miniscule, trivial and a waste of time.

One of the main selling points my sister would use when enticing me to move to Santa Rosa was the people, their warmth and generosity. As terrible as the North Bay wildfires have been, the crisis has brought out the best in Santa Rosans, proving my sister right. Wildfires can destroy houses and wipe out power, but they can’t destroy the human spirit, nor wipe out unconditional love. There are signs going around Sonoma County with the phrase, “The love in the air is thicker than the smoke,” and this is not an exaggeration.

Witnessing the overwhelming show of support and resiliency in the community is beyond humbling. The number of citizens willing to open their homes, donate their time and pledge money to those affected is awe-inspiring. I’m honored and grateful to live in a city that is home to such a loving and selfless community.

Amidst the chaos, destruction and sadness of an unprecedented tragedy, I have gained the happiness and peace of mind I was searching for when I moved to Santa Rosa. It came in the form of a community in crisis, teaching me what perspective really looks like, even if I have to gaze out through ash and smoke to see it.

You can help victims affected by the North Bay Wildfires here: