Smoke Signals: How the deaf stay informed during a crisis 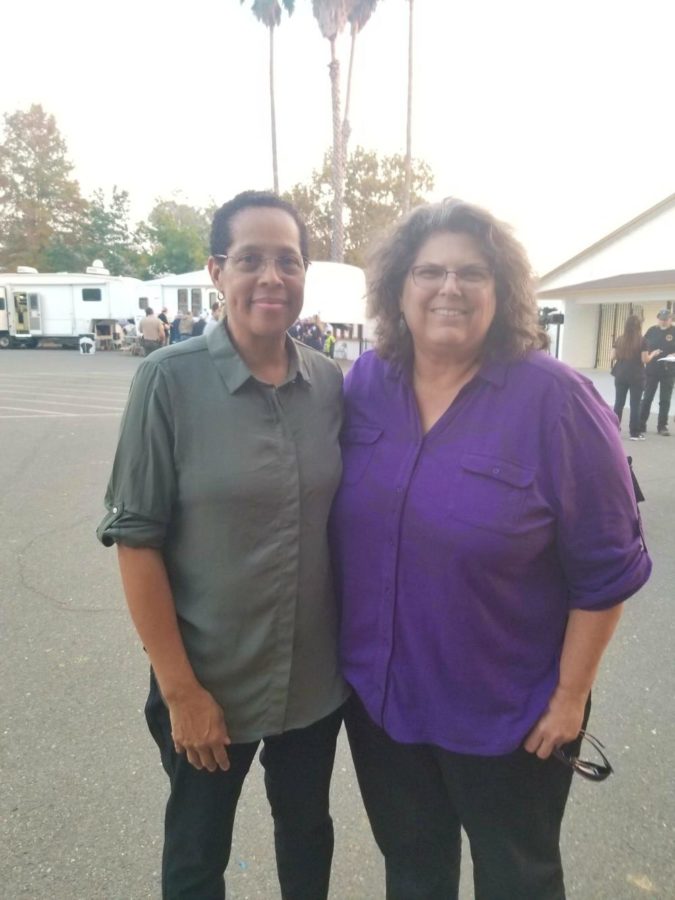 Sandy McLennon (Left) and Jennifer Jacobs (Right) are vital sources of information for the deaf community.

When you tune into the news coverage of the North Bay Wildfire briefings you are bound to see her. She’s the one in the glasses not wearing a uniform, yet her presence at the briefings is just as important as Sonoma County Sheriff Robert Giordano’s.

Sandy McLennon, 64, is the woman you see making a flurry of hand gestures accompanied by emphatical facial expressions; she’s a sign language interpreter.

McLennon is a former assistant professor at Gallaudet University in Washington, D.C. She has been signing for the past eight years, with the recent wildfires being her first time signing for news briefings.  McLennon is part of a team of interpreters who assembled together to lend their services to the distribution of information about the wildfires.

“Communication is key. If we didn’t have communication everything would be lost,” McLennon said.

McLennon is deaf. When Sheriff Giordano speaks, she has no way of knowing what he’s saying without the assistance of fellow sign language interpreter, Jennifer Jacobs, 58, to relay the information.

Jacobs sits on a metal fold-out chair, tucked up against the wall of reporters and news cameras behind her, translating whatever is being said for McLennon to then translate for everyone watching at home. “Deaf interpreters must have hearing interpreters. It’s vital,” Jacobs said.

When the wildfires broke out, McLennon and Jacobs were among the group of interpreters more than willing to join the effort and lend their assistance.

“They reached out and contacted me,” said Misty Harris, community engagement liaison. Their contributions have not fallen on deaf ears.

“We use them for every event with the Sheriff. We’ve seen such amazing feedback from our viewers and the comments people have been posting on the Sonoma County Sheriff’s Facebook page on the job they’ve been doing,” Harris said.

The presence of sign language interpreters is something you can expect to see more of in the future.

“I’m seeing it nationally. I’m seeing it as something that has become vital to natural disasters,” Harris said.

The access to information is imperative for everyone in times of crisis. “There have been three deaf people who have lost their homes so far in the fires,” McLennon said. “It’s scary. People need to be sensitive to the needs of the deaf community.”

When McLennon isn’t providing an invaluable resource to a community in crisis, she enjoys bicycling and traveling with her wife. McLennon was born in New York but is now retired and lives in the Bay Area.

More information for the deaf community in Sonoma County can be found here:

CORRECTION: This article previously misquoted Sandy McLennon. It stated three deaf people lost their lives when in fact they lost their homes.